The Australia UFO files (disclosure documents) can be found at the National Archives of Australia (NAA) that holds records relating to unidentified flying objects. The Department of Air collected reports from both high caliber observers and the general public. Other agencies involved in air safety, research and intelligence also collected reports about the UAP (unidentified aerial phenomenon) 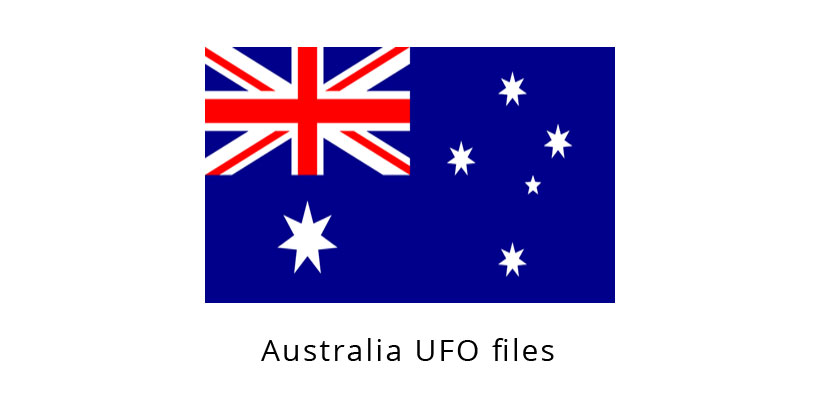 CIA documents about UFO´s in Australia

One very short document titled Note To (Sanitized) From (Sanitized) referring to Dr. James McDonald making charges against the CIA and their attempt to debunk the UAP in a letter while he was in Australia (source 3).

Another document titled “Flying Saucers UFO Reports” mentions Australia in the description but I was unable to find the piece related to Australia. It is a document that contains a lot of cases from all over the world, not only Australia (source 4).

NSA documents about UFO´s in Australia

A search on the NSA website with the search term Australia UFO gave one result but it seem not to be available for the public.

Bill Chalker studied at the University of New England and have a degree in chemistry and mathematics. He was the first civilian researcher to gain direct access to previously classified RAAF UAP (Unidentified Aerial Phenomenon) files. Bill Chalker was allowed to visit the headquarters of the Directorate of Air Force Intelligence in Canberra between 1982 and 1984. Here he was able to undertake the first officially sanctioned direct review of the Australian government’s files.

On the AUFORN website (IP address turned off on March 25, 2019) under Articles menu item you´ll find resources related to some of Bill Chalker´s studies. Under same item there is also a list with other researchers in Australia.

Australia seems not to have any commissions dealing with unidentified flying objects.

The Australian researcher Keith Basterfield, who rediscovered the official case file, have produced new information about Fred Valentich disappearance. He explains that parts of aircraft wreckage with partial matching serial numbers were found in Bass Strait five years after the disappearance. Theory is, that Fred Valentich was following a conjunction of four celestial lights (Mercury, Venus, Mars, and Jupiter), which made him lose the control of his airplane and crashed, read more here

Australian UFO Research Network (AUFORN), a voluntary, non-profit organization, is a National voice with an investigative team throughout Australia. Their website is a great resource. Check out the “UFO Sighting Reports” menu item for case reports. You can also find different researchers and read their work under the menu item “Articles”. The AUFORN website also contains public records, you´ll find them under the menu item UFO Sighting Reports.

Other sites on the australian continent to research could be uforq.asn.au and vufoa.com

If you have knowledge of additional resources to the Argentina UFO files not been addressed in my article, please drop a comment.