Argentina UFO files (disclosure documents) are still missing despite the nation has a large history of military investigations into the UAP (unidentified aerial phenomenon) also known as “OVNI” in Spanish-speaking countries. Military authorities there has been involved in the controversy of unidentified flying objects since the 1960s. Unfortunately, the declassification of the archives has not yet been fully achieved in Argentina. But despite that, some documents are in the open. 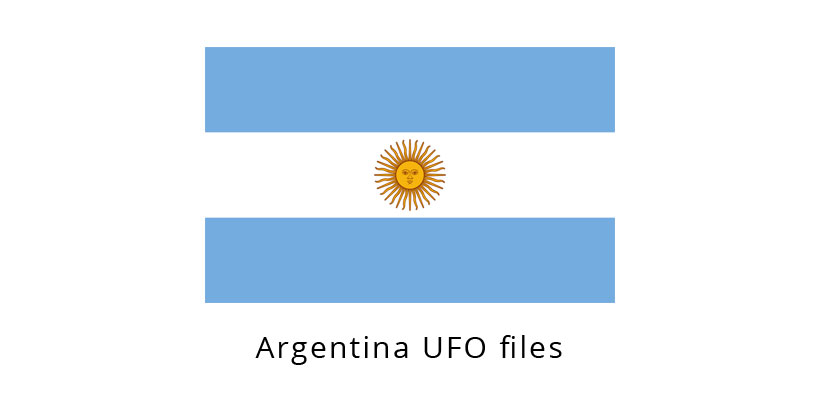 One document I found is not a PDF file but photos of the document. In the Argentina´s X-Files article on openminds.tv website, there is two photos of a 2-page document with the heading Informe Oficial O:V:N:I: Dokumento Confidencial De Objectos Voladores No Identificados. This is about the 1962 sighting where both pilots and top Navy officers at the Naval Base in Puerto Belgrano saw a luminous UAP.

In January 2009, the first declassified official UFO document was delivered to the group Vision Ovni, and their researcher Silvia Perez Simondini decided to deliver it to CEFORA for analysis. Delivery was made to the Coordinator of CEFORA, the researcher Raul Avellaneda, who left the original documents deposited at the CEFORA headquarters.

But both on the Vison OVNI and CEFORA website, there seem not to be any released disclosure documents. There are articles talking about the releases, but documents themselves seem to be impossible to find.

CIA documents about UFO´s in Argentina

I found some documents from the Central Intelligence Agency (CIA) via their FOIA library. One is dated back to July 5th, 1965 and mentions flying saucers in red, green and yellow colors seen over Deception Island Antarctica (source 1). Another CIA document talks about unidentified flying objects over the city Bahia Blanca south of Buenos Aires on May 21st, 1962 (source 2). A third CIA document mentions an article about UFO´s (OVNI´s) in the local newspaper La Razon in Buenos Aires July 2nd, 1968 (source 3).

Wikileaks documents about UFO´s in Argentina

The Wikileaks document is a cable originating from the so-called Global Intelligence Files, which is internal emails between departments in the Texas company Stratfor.

In this cable, you´ll find a bad translation from Spanish to English about the creation of an official commission to study UFO phenomena. It is the Committee on Research of Aerospace Phenomena (Link 404 on March 31, 2019), which consist of civilian staff and experts from the Air Force Argentina (FAA). It is nothing more than just a report about the birth of that committee (source 4).

A document titled Preliminary catalogue of Type 1 cases in Argentina was written by Professor Oscar A. Uriondo. This paper attempts to categorize so-called Type-1 cases where unidentified flying objects has landed or is in close proximity to witnesses on the ground (source 5).

Professor Uriondo is professor in Geography and a graduate of the Instituto National Superior del Professorado. He is a member of Dr. Oscar A. Galiendez´s Argentinian UFO study Group Argentine Circle of Ufological Investigations and he has written some books about the “OVNI” phenomena, try this search

Another interesting persona in the Argentinian landscape of ufology is Fabio Zerpa. He has written a lot of books about the “OVNI” phenomenon.

The openminds.tv website offers two pages titled “Argentina’s X-Files” part 1 and part 2. First part reveals Argentina is one of few nations with a large history of UFO military investigations. There are photos of two documents and some UAP pictures to see in the Argentinian X-Files.

Encounters between pilots and Unidentified Aerial Phenomena (UAP) in Argentina number more than 100 cases, about 50 cases in flight. The National Aviation Reporting Center on Anomalous Phenomena (NARCAP) made a report about some of those Argentinian pilots encounters in the NARCAP International Air Safety Report IR-5,2013

The Alternativa Ovni blog is very interesting. It has an archive with clippings and magazines related to the UAP phenomenon in Argentina. There is also unifaweb.com.ar, visionovni.com.ar and Orbita Cero: Mendoza and all three sites are in Spanish.

Furthermore there is Inexplicata – The Journal Of Hispanic Ufology in English about observations in Spanish-speaking countries. Also the spanish researcher Vicente-Juan Ballester Olmos made an article titled Argentina, the year 1965 in photos on his UFO FOTOCAT blog, which is non-existent today but a copy is available on archive.org.

If you have knowledge of additional resources to the Argentina UFO files not been addressed in my article, please drop a comment.