UFO activity captured in aviation contrail photos is a case from Denmark that happened on September 18, 2009. While taking photos of persistent contrails above Odense city, a disc-shaped and a spherical object was captured on photography. One picture shows a saucer-shaped object and another picture shot 14 seconds later shows a sphere. Terrestrial or alien activity? 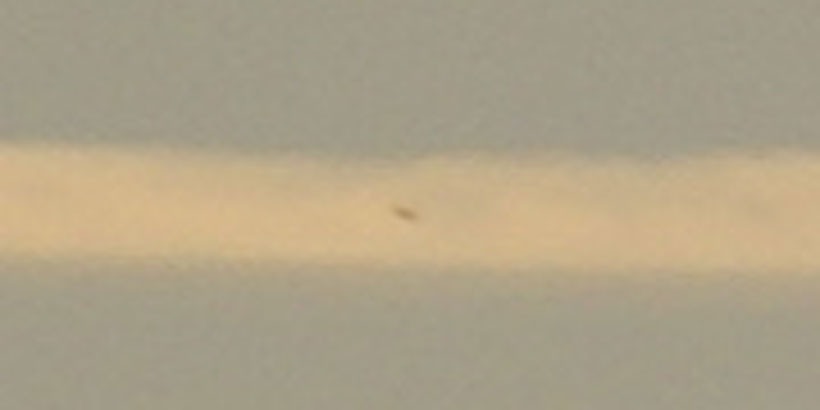 The picture above is a cropped unedited version of DSC03985.JPG ‏taken at ‎09:47:18 AM local time. It seems to show a disc or saucer in front of a contrail. Below is a cropped unedited version of DSC03986.JPG taken 14 seconds later at 09:47:32 AM local time. It shows a sphere. See large photo that illustrates their positions in relation to the surroundings here 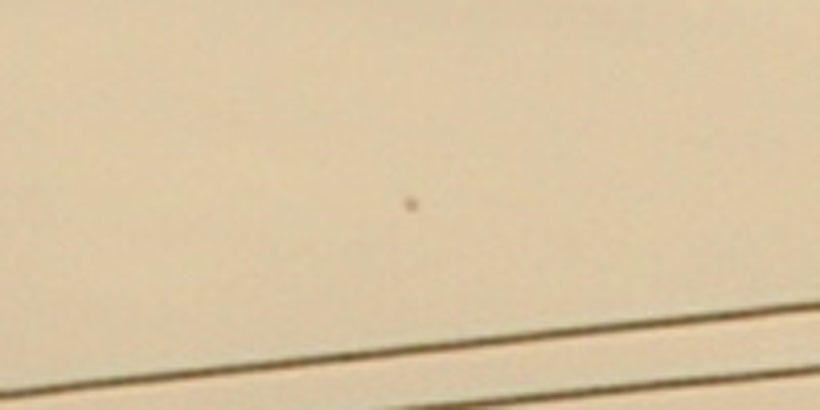 The very first photo DSC03984.JPG taken at ‎09:47:02 AM local time 16 seconds before the first object appeared, show no sign of UFO activity. The three full-size DSLR photographs can be accessed in the list at the bottom.

The disc-shaped UFO (saucer) can be found right below the light pole on the far left in DSC03985.JPG. Below is a cropped and magnified version of the mystery activity. It has been processed with Auto Tone in Adobe Photoshop. 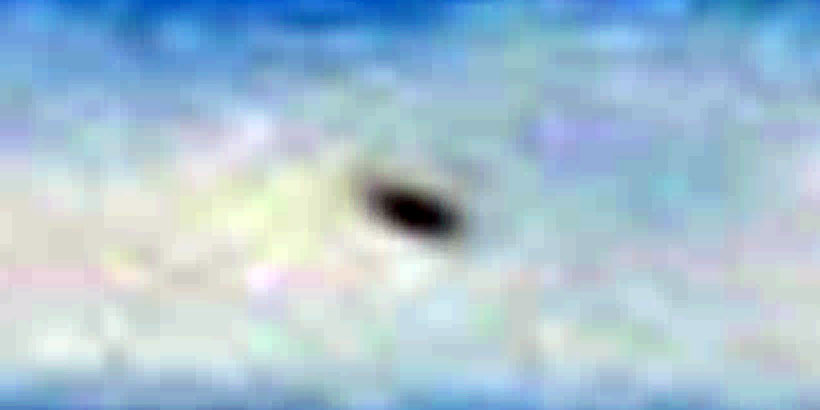 Some would maybe argue that it is not space aliens but a bird in flight. But when you make a so-called calculation in Adobe Photoshop using the “Hard Mix” option, you get what I believe is the actual shape of the unidentified flying object. And it does not really look like a bird flying, more a saucer-shaped vessel, see below. 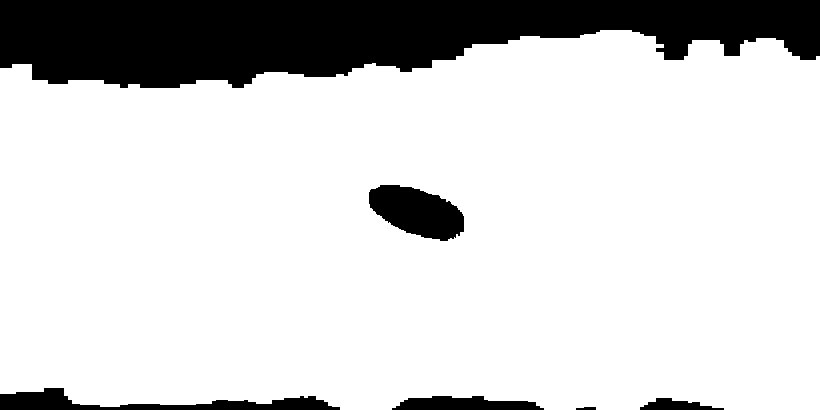 The Adobe Photoshop calculation produces a pretty clean oval-shaped object. Maybe not space alien activity but it is not a bird either if you ask me. The shape seems to be too clean to be a bird.

The sphere is seen just above the power lines to the left in DSC03986.JPG. This object appears to be round. 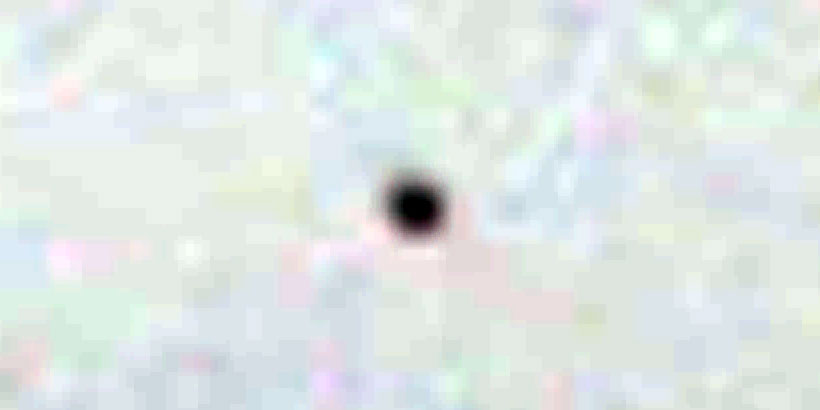 And when we make a “Hard Mix” calculation in Adobe Photoshop, we get what you see below… 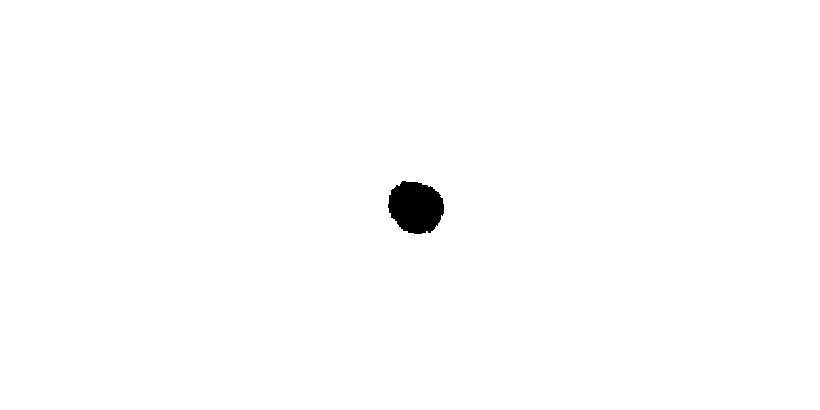 It is round, it is unidentified and it is flying. Still not a bird if you ask me. A balloon maybe? But hey, why first a stretched oval shape and when a near perfect round shape (sphere) seconds later? Since there are no other objects in the sky than the two here inside a time frame of 14 seconds, I assume they are the very same object. Unfortunately, I only have these pictures to show, no other witnesses or anything. 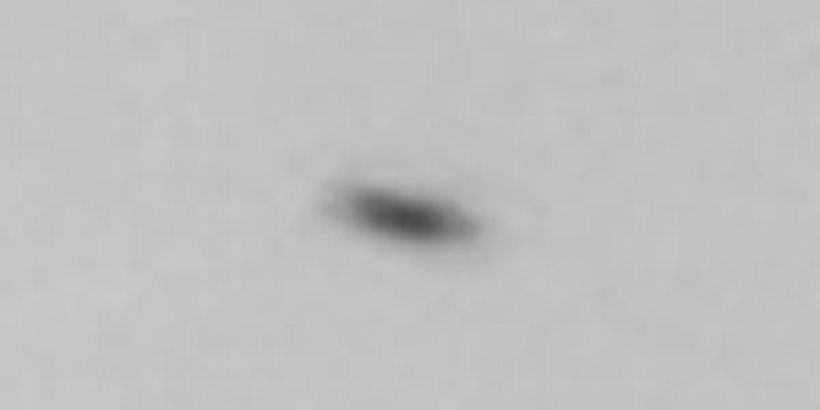 Since I started taking pictures of the sky in 2009, a lot of UAP (Unidentified Aerial Phenomenon) activity has been found in the photos. I have been analyzing thousands of photos, and have been forced to face birds, insects, pollen etc. in my photos. I have probably been through it all, also strange clouds that happen to look very odd. With the time I have learned to know the shapes. I am not perfect and I am not 100% sure but I think the aerial activity here was a rotating flying saucer.

You can thank DSLR photography for these pics. Because of the relative high-resolution 3872 x 2592 pixels / 12 Megapixel photos, it was possible to see these very small objects relatively clear.