UFO with funnel photographed (near the Sun in the photo) was an unidentified flying object I found while looking through some contrail photos. I have since 2009 taken over 7000 photos of the sky. In some of those photos, UFOs show up. If this is an indication of actual alien extraterrestrial presence I don´t know? But something very strange is up there and it is not an insect. It was photographed in Denmark on September 23, 2010, at 03.36 pm local time in the western sky above Odense city. 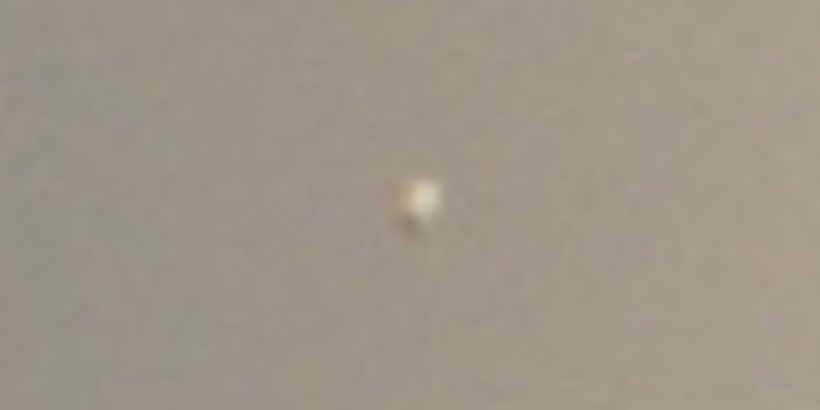 The unedited picture above is cropped and magnified and shows a faint object in the sky. The picture below is the same but it has been processed in Adobe Photoshop with Auto Contrast. It draws up an object that looks angular on top with something that looks like a funnel or membrane at the bottom. It seems to be far away from the camera high up in the sky. There is a sunlight reflection on the right side, indicating a relatively large object. The funnel is also lit up partly by the Sun, rest of it lays in shadow. 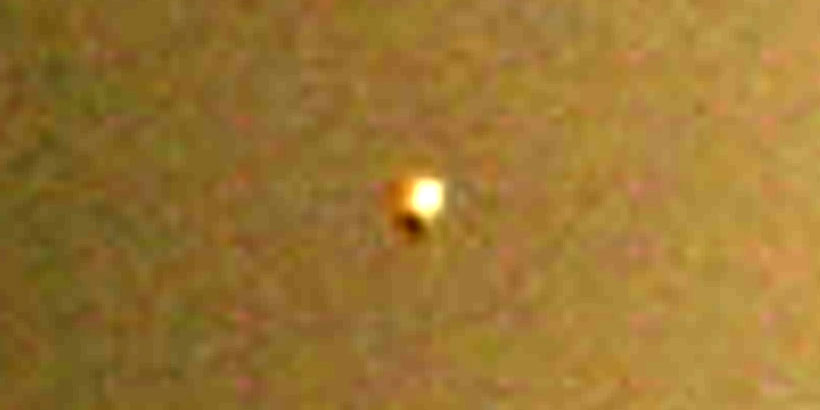 When I saw the UFO with funnel in my photo without magnifying I thought it was an insect. But I have learned to take a closer look at those “insects” in my photos. This is not biological if you ask me. This is a solid physical flying object with odd shapes and a large clear reflection from the Sun. The reflection alone tells me it cannot be an insect but a physical object unknown to me.

I link to the original photo (DSC03492.JPG) further below in this article. You can barely see it there but when you magnify a little a strange object appears. You find it left of the Sun below the contrail. In the right corner of the Sun, you see an awesome lens flare that is created by unwanted sunlight bouncing inside the camera lens. Now back to the strange object with funnel. 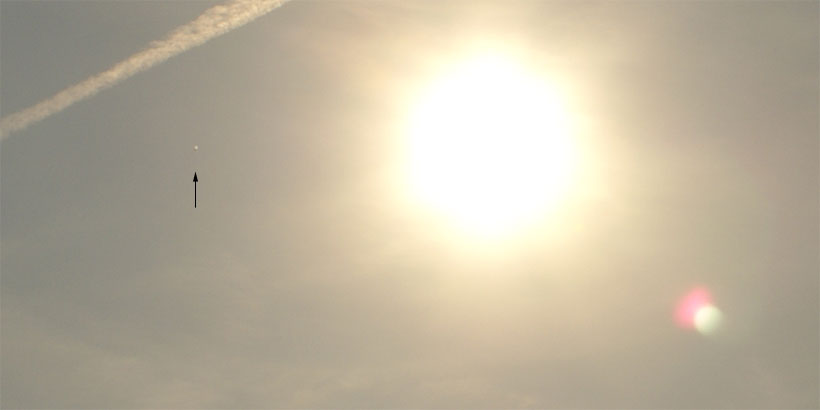 The funnel UFO has very special features. I do not see a typical terrestrial craft like an aircraft, nor a bird or insect. The funnel-like thing at the bottom of this craft is not a typical sight in the sky. The funnel is clearly outlined as a round structure that seems to bent inwards like a speaker membrane in a loudspeaker. What does that funnel or membrane do in the sky?

Unfortunately, I did see the object during photography and I did not take any further photos of this. I can not know what happens next. But I took one photo 10 seconds before with the same motive of the Sun and the contrail. And in this photo, something is visible near the Sun also on the left side. But it is very faint. I can not know for sure if that is the same funnel UFO? 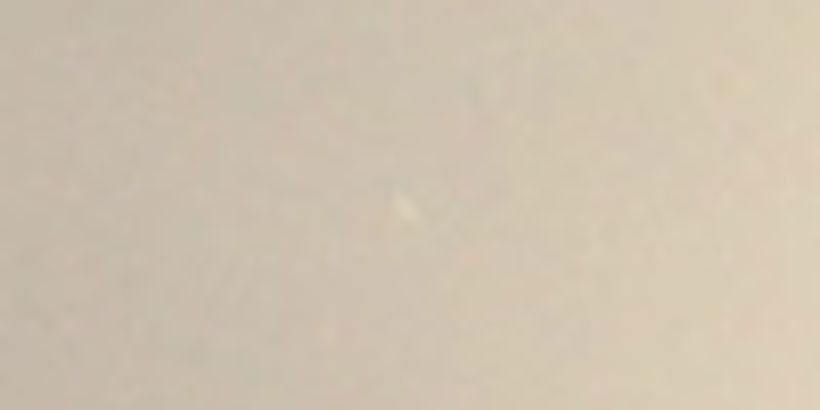 Not much to see in the above unedited but cropped and magnified picture that was taken 10 seconds before. You can find it close to the Sun in the original photo (DSC03491.JPG) listed below. Well, there is not much more to say about this one. The UFO with funnel (or “membrane”) photographed near the Sun in my photo is maybe not terrestrial but alien (or extraterrestrial)…

You can thank DSLR photography for these pics. Because of the relative high-resolution 3872 x 2592 pixels / 12 Megapixel photos, it was possible to see the very small object relatively clear.