Military aircraft in dramatic UFO fleet hunt over Denmark sounds like pure fiction. But there is actually some truth to that statement. Photos show a whole UFO fleet in airspace with up to 15+ different objects spread over ten pictures. In one of the pictures, there are also indications of a military aircraft, probably an F16 jet fighter revealed by its vertical stabilizer and the nose. 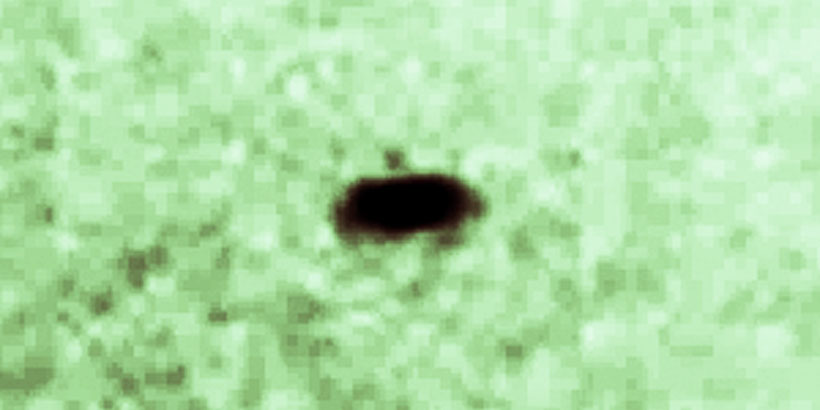 This event unfolded on July 6, 2010, at 12.45 pm. I was in Odense city at the road Vestre Stationsvej. Coincidentally I had my DSLR camera with me when I heard the roar of a jet fighter above me. The sound came from a northwestern direction. It was partly cloudy and I did not succeed to see any plane visually. But I assumed it to be a Danish F16 jet fighter, which is the type of military aircraft used in the Danish air defense at the time.

Military aircraft made a deafening noise

I grabbed my camera and started to shoot pictures in the direction I believed the sound came from. Before I managed to turn on the camera and shoot the first picture, I heard a total of two “snaps”. It was most likely because the pilot went from full throttle or afterburner to actually zero engine operation. After the first snap, the engine was completely silent a few seconds. After that, there was full throttle again, ending with another snap, followed by a few seconds of jet engine silence.

Those snaps can actually be compared with a cutting torch, which gives a snap or bang when you turn off the oxygen addition. The sound of the snaps are just in bigger scale here.

After each snap, I could clearly hear the air rubbing against the fuselage/air brakings. That may suggest that something dramatic was happening up there. And it must have been relatively close to the ground since I could hear the air rub on the wings.

The wind direction may have played a role. Military aircraft are forbidden to go below 6000 feet over populated areas in Denmark. I could not see the plane, only hear it. But I was in no doubt that it was a military plane, probably a NATO F16 jet fighter.

Abrupt maneuvers against who?

It was certainly not an ordinary fly-by, there was a serious situation in the air and it certainly caught my attention. The pilot clearly made some abrupt maneuvers but against what counterpart? I heard only one aircraft, and it is for me a mystery what caused the pilot to fly in such a manner over a relatively large city if there were no counterparts?

No machine gun or missiles were fired that day, it was not that kind of dogfight. But more a frantically attempt by a pilot to get into position to observe and probably shoot some still / live photography of something up there. But that “something” may have been near impossible to get steady in the viewfinder.

So, it was not a dogfight on life and death, but a “monitoring” dogfight, where the pilot tried very hard to observe something very hard to observe. That was my immediate perception of the situation. And it was not the first time I experienced a military aircraft making abrupt maneuvers over the city. I have always wondered what the hell was going on up there? Are they chasing UFOs or what? So I was actually prepared mentally for exactly that kind of situation. And this time I had the camera with me.

I did not know anything about the UFO fleet above my head while the drama was unfolding. But I knew something very special was going on and that it certainly could be related to the UFO phenomenon. So I began to photograph in the direction the noise came from. I was photographing in blind in the hope that I would catch something up there. And I did catch something…

My street photo session of the spectacle in the air resulted in 13 images where 10 of them may be of interest for UFO enthusiasts. They contain a whole UFO fleet spread out in the sky. And these photos also contain an airplane, probably an F16 Viper. This aircraft is revealed by its vertical stabilizer, which is very similar to the vertical stabilizer on an F16.

Unfortunately, I did not make any visual contact with the military aircraft or any objects of the alien fleet. The whole incident lasted a minute and ended with the sound of the plane flying away quietly. The UFO fleet hunt ended. If the fleet were there after I stopped taking pictures I don´t know. But something was there. My photos prove the presence of a fleet of unidentified flying objects.

I asked for access (parallel to the FOIA requests) to the Danish Air Force on this incident. They promptly answered that no Danish F16 was in the area at that time. There had been an exercise a couple of hours earlier before the incident over Odense. But all planes were back at their base around 11.30 am.

Based on my life-long interest for airplanes especially military aircraft and based on my experience from the navy, where we had F16s making the same abrupt maneuvers in attack and defense drills with our ship, I am 110% able to determine if there was a jet fighter or not. And I am 110% capable of eligibility to wonder why this jet was flying as it did? 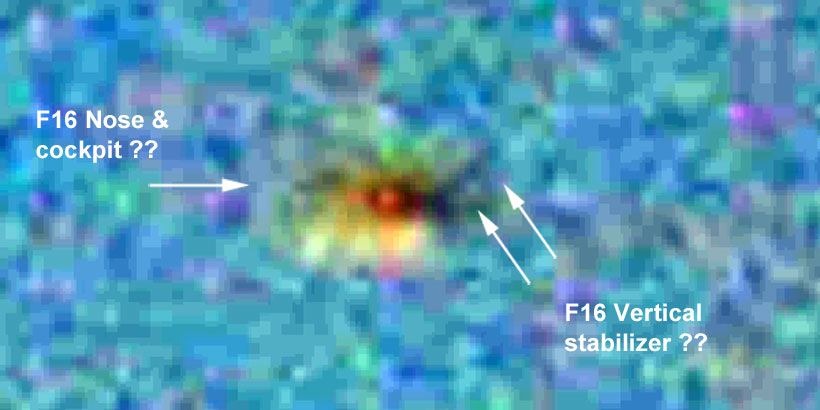 Luckily enough one of the photos (DSC0519.JPG) contains reasonable evidence, that there was an F16 jet fighter present that day. And if not a Danish F16, it must have been a NATO jet fighter, probably an F16 aircraft.

The picture above was heavily processed in Adobe Photoshop to show the very faint object as clear as possible. Unfortunately, this is the only picture I have with the assumed F16. And the supposed UFO fleet is not visible in this particular cropped version.