Sphere UFO with tinted windows and strange vertical companion watching in the mist of clouds is an amazing UFO photo. The sphere with it´s companion were captured on photo in Denmark on May 25, 2017 at 02.48 pm local time Odense city. I did not see these unidentified flying objects during the photography but found them later. Can you find them in the unedited picture below? 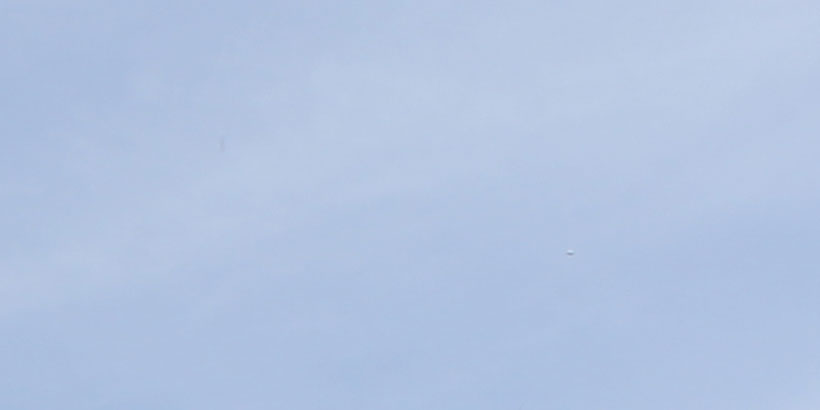 The aerial phenomenon in the authentic UFO photo above is not very clear. The sphere and its vertical companion seem to be partly inside a cloud in the distance. To make the objects more clear I processed the image with Auto Tone in Adobe Photoshop and got the result below. Auto Tone is the fast way to clear up an image and make objects sharp and clear. 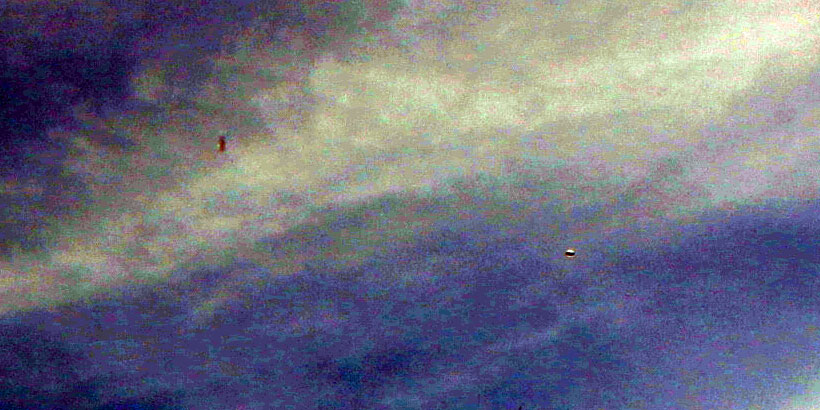 The pictures above are 820 x 410 pixels cropped out directly from the large 5184 x 3456 pixels original photo (see object 2 and 3). There is no magnification, they are as they are seen in the two photos above with or without Auto Tone image processing.

The silvery sphere has a black band across in the middle and that´s what I see as some sort of windows. I can not be sure they are actually tinted windows but I assume they are. Windows for protection against strong sunlight and UV rays sounds reasonable for a spaceship in space. The sphere is quite unique since it comes with such clear detail. The sphere I photographed in Lanzarote on a vacation in 2010 also had some visible details but not so clear. 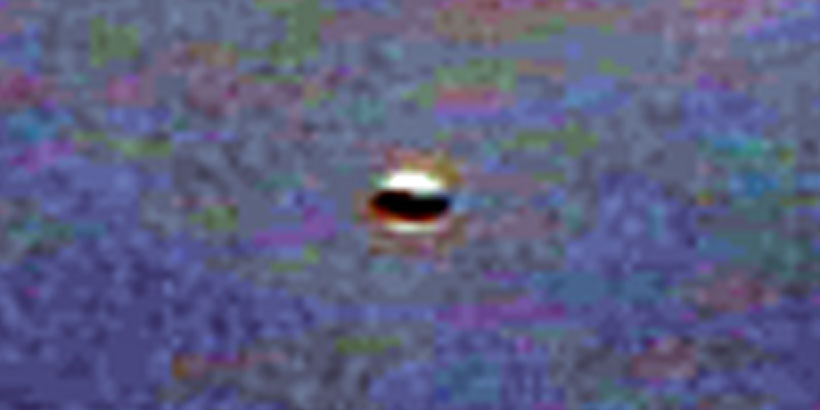 When you magnify the sphere it is more oval shaped. What at the distance looked like a round silver ball with black windows across now looks oval shaped. Seen from above (or below) it would probably look the same as the disc-shaped object found in the high altitude UFO article. The black area in the middle between the white top and bottom puts the mind in motion. What is it? To me, windows are the nearest explanation I can find with my terrestrial brain. The picture below is a negative (with Auto Tone). 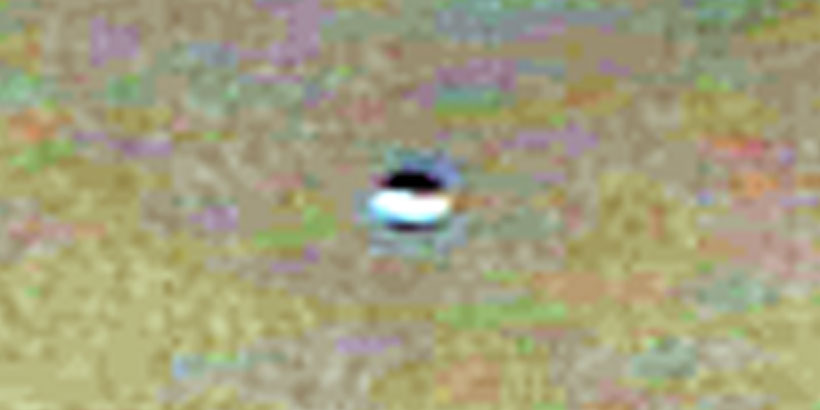 You are not in the doubt that there is a vessel present here. If it´s an alien sphere with extraterrestrial origin is another question. But if you ask me this is probably space aliens coming from the Moon. I will elaborate more on that in a future article.

The size of the sphere

The sphere seems to be relatively equal to the ground as seen in the original photo. It is not tilted to any side but slightly tilted towards the right side of the camera. The sphere seems to be hiding inside the mist of a cloud in the distance. It is not actually a small sphere since it is positioned at a certain distance. I consider the width of the sphere to be around 12-15 meters.

The strange companion, a vertical upright UFO with a small spot of light is pretty odd. The shape of this object is weird. It looks like it has a T-shape on top but the rest of the object is difficult to define. The picture below has been processed with Auto Tone. 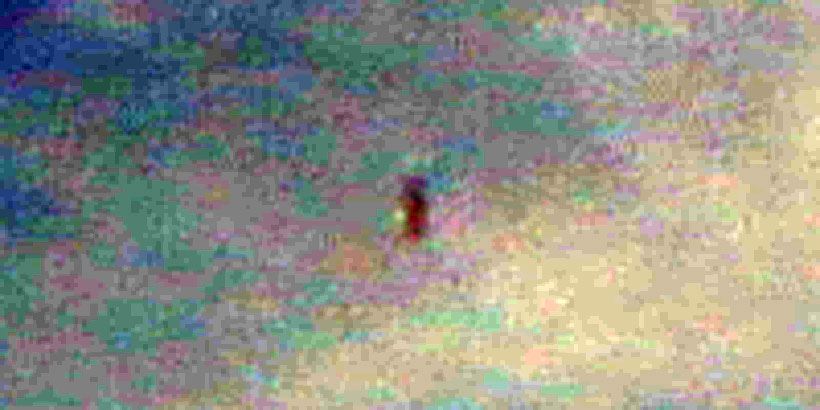 There is no point in further magnification because it gets too blurred. But there is an interesting detail on this object you should notice. There is a spot of light on the left side which indicate this vessel has its own energy source. And it´s a vertical structure in the sky that not in any way resembles a terrestrial craft. I think this is so extraterrestrial and so alien as it can possibly be. 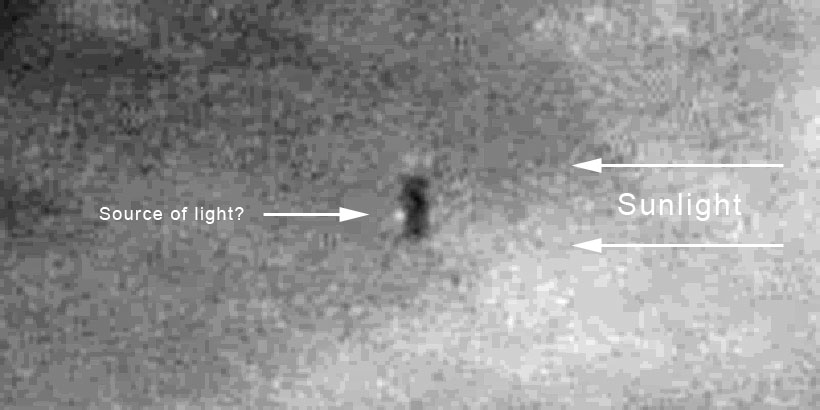 The weird thing about the light on the left side reminds me of another photo sighting I had back in 2009. That was also a vertical structure that had its own light source or reflection of sunlight, but it seemed that this UFO displaced the sunlight. The strange thing about the vertical structure in this article is that sunlight is coming in from the right side of the photo.

Vertical structure with own light source?

Because of the right-to-left direction of sunshine in the above photos, it means that it cannot be a reflection of sunlight. The object apparently has its own light source visible in the shadow of the object itself away from the Sun on the left side. This is probably a sign of an alien vehicle with extraterrestrial origin hovering in the sky above Denmark on May 25, 2017.

The photo shoot was an investigation inside a secluded pasture related to the creature sighting I had the day before on May 24, 2017. That photo investigation produced this UFO gallery with 43 pictures out of a batch of 173 images.