Elliptical dome UFO with elongated structure is another mystery in my photos. It was photographed in Denmark on May 25, 2017, above Odense city at 3.08 pm local time. I did not see the object during the photography. I found it later while analyzing the photos. The elongated structure is either a physical solid object, a substance left by the dome-shaped UFO or simply a contrail. 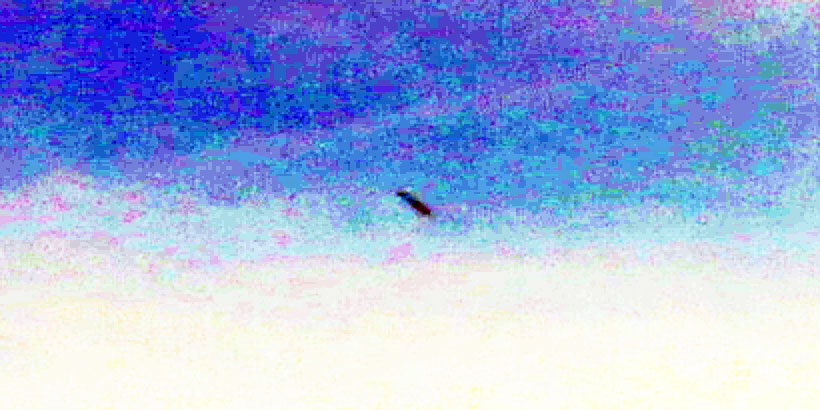 The above picture was taken in relation to a photo investigation inside a secluded pasture where I saw a strange flying creature on May 24, 2017. And because of that sighting, I decided to visit the site again on May 25 to investigate with my Canon EOS 60D. The photo-trip produced 173 photos and this gallery includes the strange vessel here. 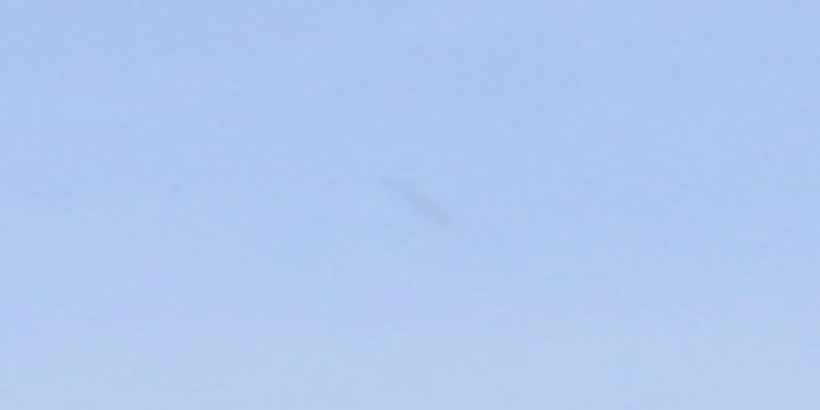 The picture above is the unedited version (but magnified) which shows the object in the mist of clouds in the distance. You can see the dome and the elongated structure beneath it that tilts 30 degrees. See the object in the original photo here (see number 2).

The elliptical dome UFO that sits on top of the elongated structure looks oval-shaped at the distance. The actual shape can be discussed when magnified further. But there is an object that looks dome-shaped because of the light-dark features, light on top and dark at the bottom. I almost come to think of my Gillette Sensor 3 shaver. It is not the exact shape maybe but close. 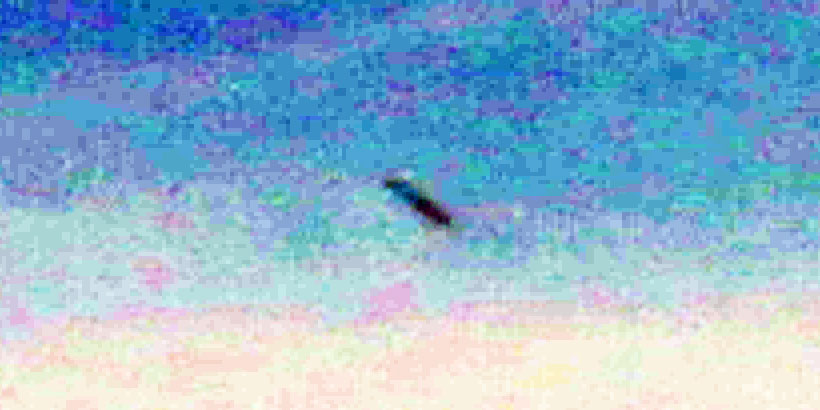 Since the object is relatively small in the photo, it easily disappears in the pixels if you magnify too much. The picture above was magnified to the max before the object got screwed in the pixels. And it was processed with Auto Tone and Brightness in Adobe Photoshop (same as top picture).

This mysterious dome-looking object in above pictures reminds me of the Chilean military helicopter FLIR footage from November 2014. It shows an aerial phenomenon, a UFO, leaving a trail behind of some unknown substance, see below.

Dome UFO is an aircraft with contrail?

If it was an aircraft with a visible contrail, it had to be faster than any known plane. Only 2 seconds to come into sight and 4 seconds to disappear again. You need an elliptical dome UFO with an elongated structure to do that !!