Angola UFO files (disclosure documents) seem not to be available from Angola government. A thorough search in Portuguese gave no results. But as all other countries seem to have their UFO encounters, Angola also has theirs. 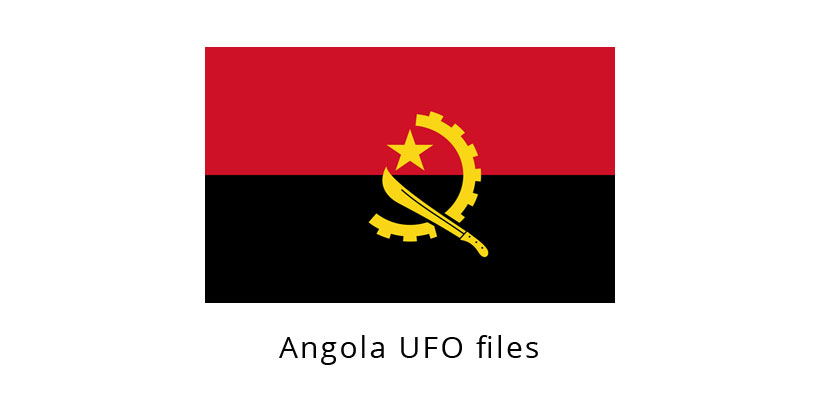 NSA documents about UFO´s in Angola

An airgram that seem to come from the American embassy in Luanda, Angola, sent to the US Department of State on December 23th 1966, mentions unidentified flying objects in Angola airspace. An airplane from Beira, Mozambique to Luanda, Angola on December 7, 1966, was followed by two flying saucers. 20 minutes before landing in Luanda, a passenger noticed them scouting their airplane. The captain was informed and saw them too (source 1 & 2).

There was one blog that caught my attention, the AB4 Expert Club Blog (Portuguese) about aircrafts and aircraft specialists from the Henrique de Carvalho Airforce Base in Angola. It´s not about UFO´s, yet it seems that they have had an incident back in the early 1970s and someone wrote about it. Afterward, more witnesses added their accounts to the story.

One night around 11 o’clock, four lights were seen above the base, which evolved into six lights at very high altitude. The objects were in a “V” formation with one of them positioned directly above the base. They were emitting shades of light in a way, that it looked like the unidentified flying objects communicated with each other.

Peoples radios made a loud noise under the sighting. An aircraft was sent to a position near the UFOs. Then the plane arrived at the station, objects ascended to an altitude of about 80 miles. The aircraft climbed to maximum altitude in an attempt to observe at close range. Shortly after that, the objects regrouped to the same altitude while they seemed to talk to each other with light signals exchange.

The whole thing ended with a sudden thick fog between the objects and the base beneath. Then the fog dissolved, objects were gone and their radios were back on without the loud noise.

If you have knowledge of additional resources to the Angola UFO files not been addressed in my article, please drop a comment.