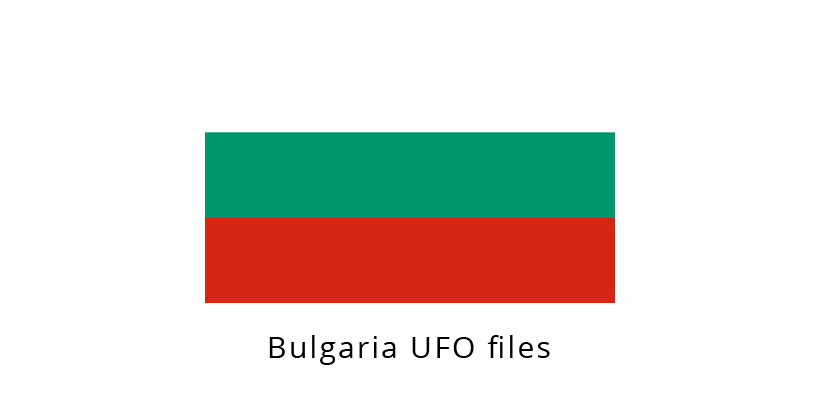 I made several searches in Google with all kinds of keyword combinations, also translated to Bulgarian, but I do not find much about the disclosure progress in the country. It seems to be a little fragmented there and the disclosure movement in Bulgaria has no website other than an account on Facebook. This movement is called UFO Disclosure Bulgaria and they made an interview with Clifford Stone on video and use it to promote their cause on gofundme.com. As they described on the gofundme.com website (now taken down), they need funds to make UFO conferences, congresses and to carry out research and investigations. The fundraiser is Ivan Petkov Ivanov who also seem to run their Facebook page

The Bulgarian Ufology Network has a site but it does not entirely deals with UFO´s. Only one section on the website deals with ufology and the rest is about other topics.

In the ufology section you´ll find an article from 2017 that tells the story about the highest-circulation and authoritative local Rousse newspaper UTRO (translated to Morning) that had enough courage to write an impressively serious insight into the issues of the ridiculous secrecy in Bulgaria about UFO´s. In that delivery, the newspaper also published the open letter from the Bulgarian UFO Network and the Ufological Club that was sent to the main state authorities there.

The open letter was going to the President of the Republic of Bulgaria, the Prime Minister, the Minister of Defense, the Minister of the Interior, the Air Force, Air EAD, Specialized Agencies, Agencies and Services and to all media. But as you can read in the top of this article, which I assume is exactly the same letter we´re talking about, they got a response that was not satisfactory at all. The Bulgarian government claimed they had no information on unidentified flying objects (UFOs) over Bulgaria.

You have the Bulgarian government in 2017 claiming that they have no information on unidentified flying objects. But already in 2009, there was an article in the Telegraph titled “Aliens ‘already exist on earth’, Bulgarian scientists claim” that reports, that in Bulgaria, they have a government program that investigates extraterrestrial life and crop circles.

The scientist Lachezar Filipov, deputy director of the Space Research Institute of the Bulgarian Academy of Sciences, works according to the Telegraph article, on deciphering a complex set of symbols (crop circles) sent to them by an extraterrestrial intelligence. This is crop circles from all around the world they believe answers 30 questions they sent to the aliens.

Mr. Filipov claims the aliens are already among us but his government and employer claim there is no such information available? At least we got a major hint of what is going on in Bulgaria on government level in relation to UFO´s, aliens and crop circles.

The Bulgarian ufologists has another site ufo.bg and it deals with UFOs and anomalous phenomena in Bulgaria. You can read about sightings in Bulgaria here and it is possible to report sightings via email. You can also join the United Bulgarian Ufology Network since they recruits collaborators for the organization from all over Bulgaria and around the world.

My note on the Bulgarian disclosure movement in general

It was impossible to find “About”-pages on the Bulgarian websites. There was nothing in English, even in Bulgarian I did not find descriptions of who they are, their intentions and goals. I would encourage the Bulgarian ufologists to open up to the rest of the world in English since they sit on a resource in terms of their governments own research into the extraterrestrial presence.

If you have knowledge of additional resources to the Bulgaria UFO files not been addressed in my article, please drop a comment.