Orange UFO sprinkles mystery substance refer to a strange unidentified flying object that seem to sprinkle some unknown material mid-air. The photo was taken in Denmark on May 25, 2010, above Odense city at 3.06 pm local time. I don´t know how to classify this one. It is too abstract and does not have a clear shape. The blurred object with an orange glow to the right in below photo was first assumed by me the to be the flapping wings of an insect. But that was until I saw the smaller objects beneath the orange UFO. 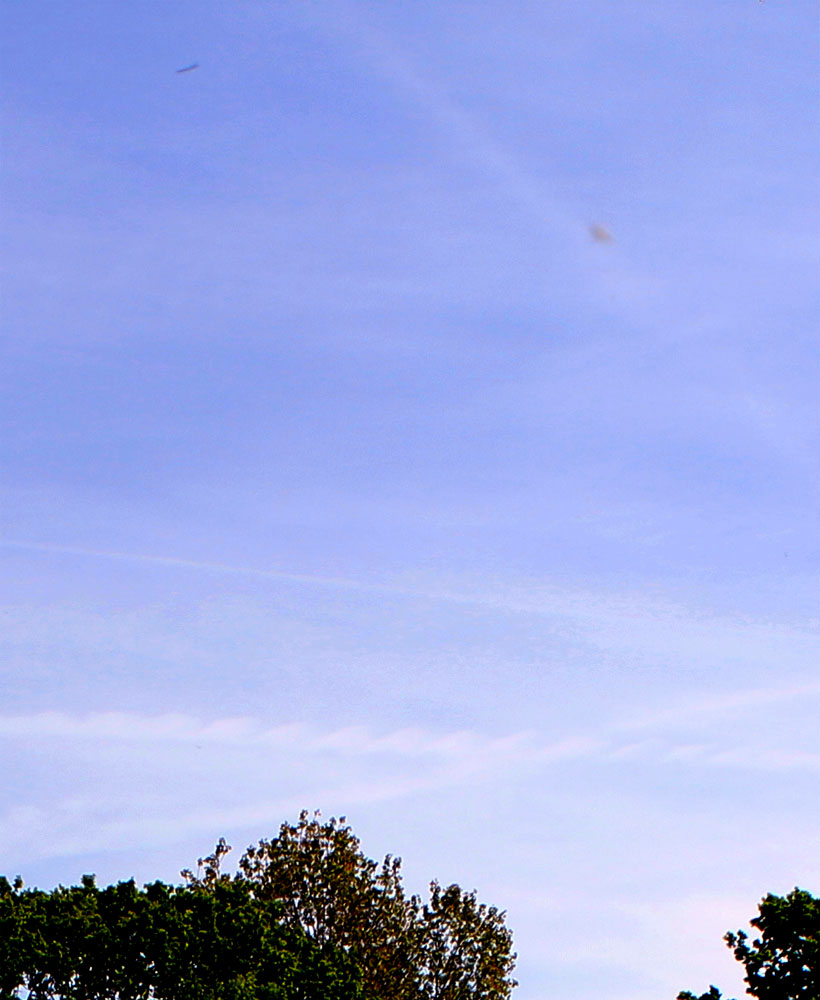 You don´t see any mystery material that sprinkles down in the above picture. But when you process it in Adobe Photoshop with Auto Contrast and further adjust contrast and brightness, additional objects are seen, see below picture. 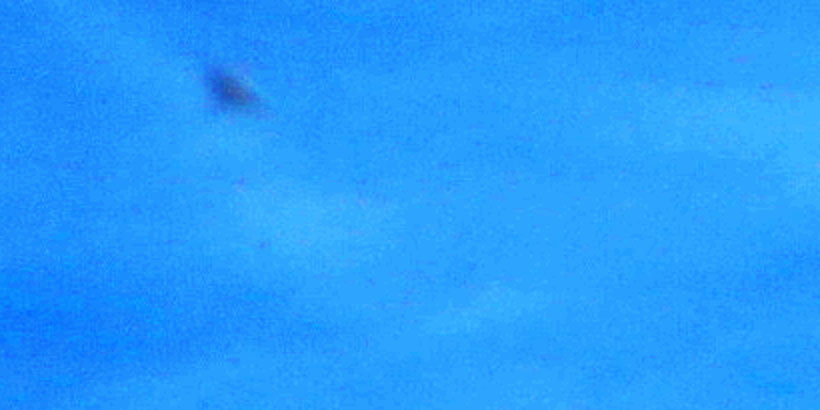 Look closely beneath the object in the above picture, you´ll see small dark dots spreading out. What these are I don´t know, but something seems to sprinkle down from, or just follow the unidentified flying object. If we use Auto Tone on the picture we get below result. 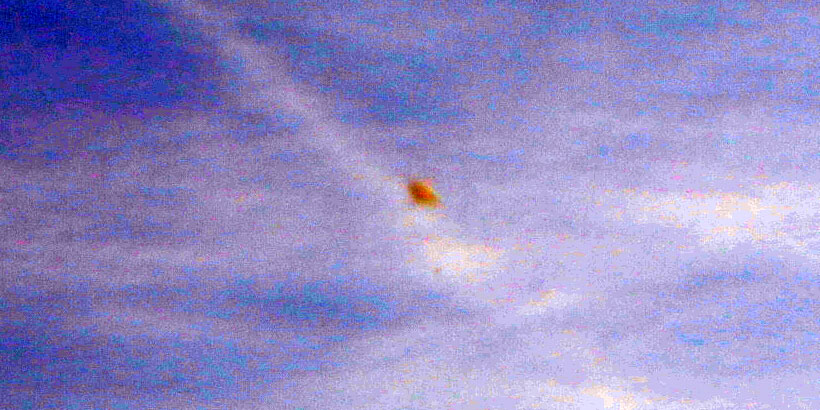 You may not trust above picture completely. To me it looks like this unknown substance is spreading inordinately much. Some of it IS material from the UFO I believe but not all of it probably. I suspect the Auto Tone filter to draw up more than necessary. But if we trust the picture 100%, it shows the mystery substance over a large area beneath and to the right of this odd object.

The orange UFO is undefined in shape. It is too blurred and I get no actual shape other than a droplet-shaped cloud-like phenomenon. It´s like a stain that has been dropped up there. 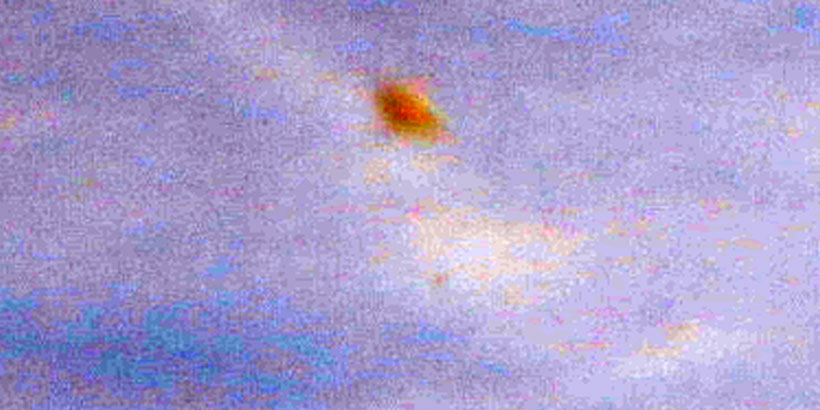 Notice the colors because of the Auto Tone filtering in Photoshop, they are intensified and does not reflect reality. But the intensified colors can help you to understand the shape.

The insect theory is not so stupid but I don´t know what kind of insect it could be? We have butterflies with a dark body and black patterns on the orange wings. So if this should have been a local butterfly, I would dare to say that it´s body would have been much more in focus, clear and visible, while the wings would have been a blurred dark field around the insect.

I have, by the way, never seen a butterfly sprinkle a substance in the air like this, but what about a swarm of insects? Unfortunately, I cannot calculate the height of this object, but it looks like it is too high for the normal of insects preferred altitude.

The other elongated object

If you see the other elongated object in the top picture to the left (or below photo gallery), you´ll see something that looks like an insect but without the wings. The elongated structure is clearly defined and is pretty strange. But the problem is the missing wings indicated by the missing blurred pixels around this supposed “insect”.

The two orange images in the photo gallery above are Color Negatives. They reveal that something is drifting off the object on top of it (could this be condensation?). Not what you expect from an insect but a much larger object.

I have the opposite problem with the orange UFO. One important part is missing, the body and legs, and it prevents me from finally say “insect”. But actually, it does not look like an insect at all. It looks like fire in the sky with the orange color.

The presence of a lens flare in photos where the Sun shining could be a strong possibility. But a lens flare is generally transparent and you can look through them. The orange object here is not transparent.

The orange UFO is clearly an unidentified flying object which does not allow itself to be classified voluntarily. It does not look like a flying saucer nor a cigar-shaped UFO. It is not really spherical either. It´s an abstract orange UFO mystery!