Box-shaped UFO mystery with cracked front and large opening refer to a large unknown vessel captured on photo in Denmark on May 25, 2017. The shape defies logical explanation. I have no useful terrestrial reference points to compare with other than the shape of a large flying refrigerator with a large crack on the front. A soft box-shaped thing standing up vertical in the air above the outskirts of Odense city at 03.08.00 pm local time. 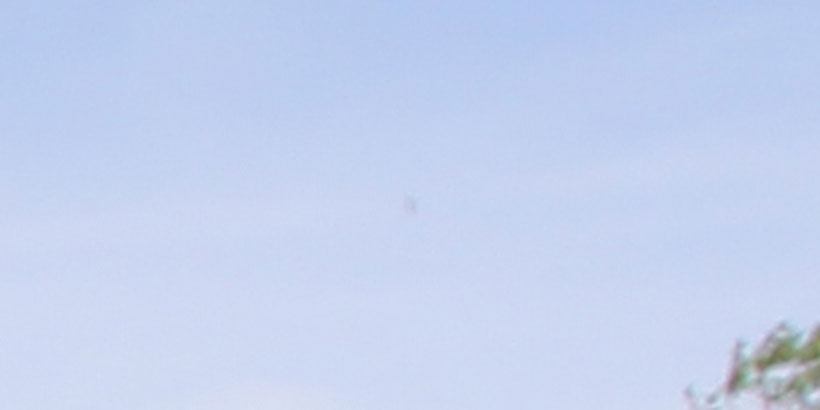 It had been a great UFO photo if I had seen it. But I did not see it during photography and did not have the opportunity to zoom in and focus. But it was taken with a high-resolution DSLR camera (5184 x 3456 pixels / 18 MP) so we can magnify a couple of times. We can also process the picture in Adobe Photoshop to make it as clear as possible and show it with different filters.

The mystery UFO photo here was taken as part of a photo investigation inside a secluded pasture in relation to a creature sighting I had there the day before on May 24. That investigation produced 173 images and created this photo-sighting gallery

The box-shaped UFO seems to be flying or hovering in the distance just before the mist blur the sight. When you magnify the object and process it with Auto Contrast and give it some brightness you get the result below. 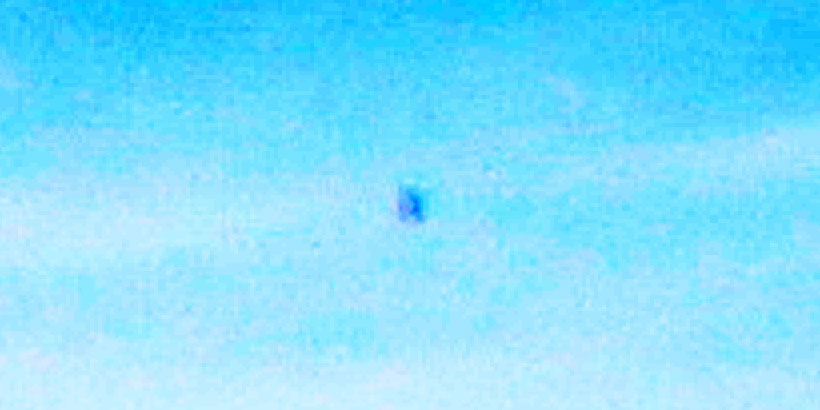 It looks like there is a shadow or a crack on the front on this strange looking vessel. Are there two layers? One that causes the shadow? I´m confused now. I really don´t know how to process what I see. It does look box-shaped but some of it, the top right corner of this thing seems partly transparent. Let´s magnify further see below picture. 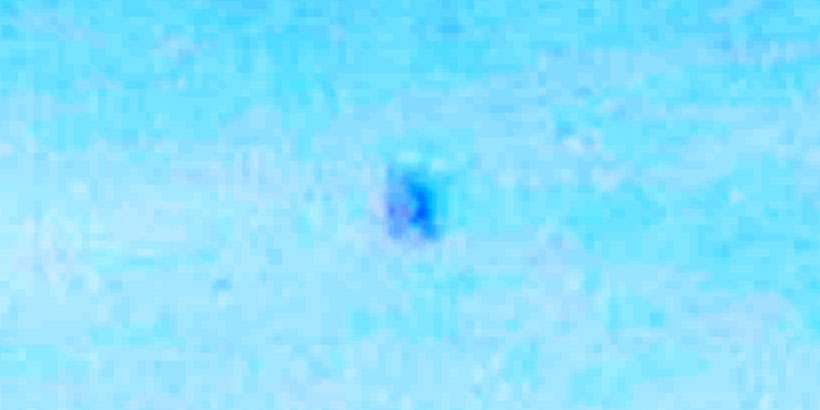 Now two dark spots or holes appear on the left side of the UFO. The “crack” that causes the shadow on the object is still there. I wonder if the strange object here is under some kind of transformation?

UFO Mystery not an aircraft or balloon

The flying UFO mystery here cannot be an aircraft. It does not really have the shape of an aircraft at all. And it cannot be a balloon either because it is gone 2 seconds later when the next photo was taken at 03.08.02 pm. 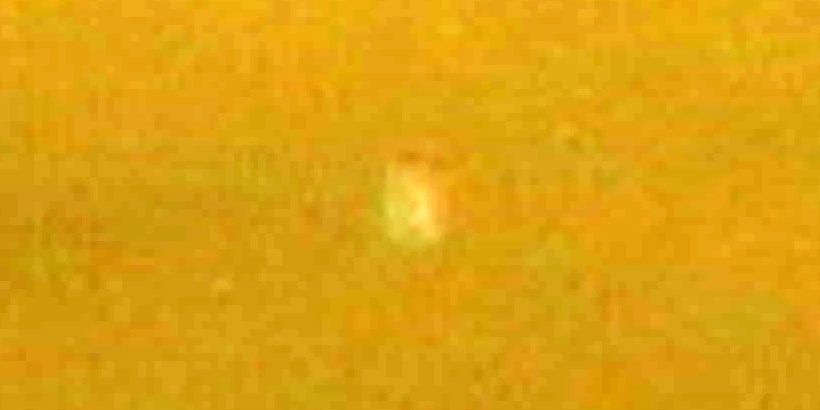 The picture above is a negative and shows the “crack” on the front as an area with high light intensity. It is still box-shaped and the two holes on the left side are still visible. When we use “Auto Tone” as a filter in Adobe Photoshop we get the result below. 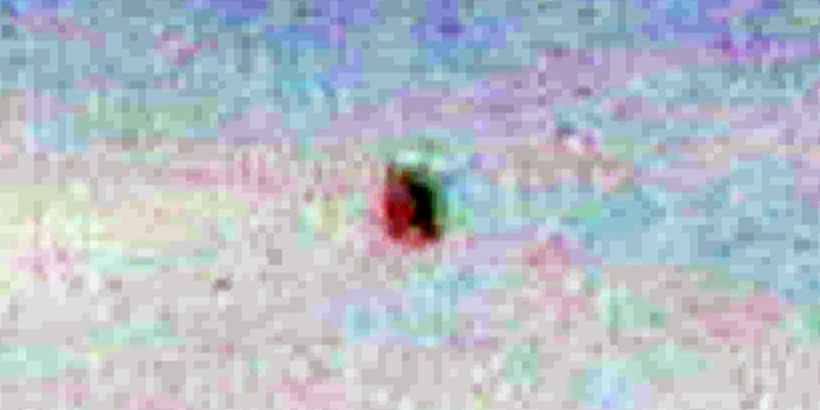 The UFO mystery in the above picture looks very strange. To me, it looks like there is an object inside another object with a crack. It´s like the right side reveals that something is inside this vessel? I have no clue what it can be? 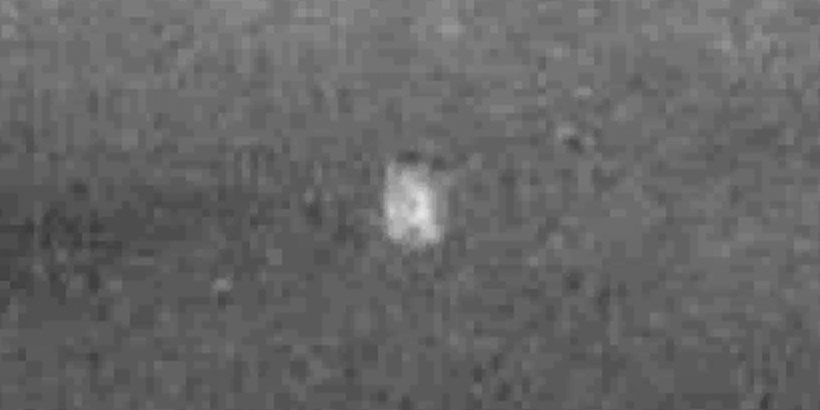 The last picture above is a so-called calculation using the “Darker Color”-filter on both grayscale channels in Adobe Photoshop.

I suspect the flying mystery above to be the same object shown earlier in the photo-sighting gallery. This thing also has two dark spots or holes on the front. I can not be sure they are the very same but the two holes are similar see below.

A lot of the objects I captured on photography on May 25, 2017, was out in the distance. When I magnify them the objects appear more clear. But since they are out in the distance, it is photos that have the blue sky as background shown as visible pixels when magnified. If I had seen these objects I would have zoomed in and focused. But I did not get that opportunity, unfortunately. I shot these photos as “archive”-photos just to be sure I did not miss anything. What´s in them is generally difficult to show…

The clearest photo I got from May 25, 2017, is Sphere UFO with tinted windows and strange vertical companion

The UFO mystery flying here was in the group of objects that was clearest.