Strange cloud manifestation seen inside another cloud is the little magic you get sometimes when you observe the sky a lot. I have taken over 7000 photos of the sky, contrails and other weather-related phenomena above Denmark since 2009. On May 26, 2018, at 7.56 PM local time Odense city, I began shooting pictures of a small condensation on its way into a larger cloud system. 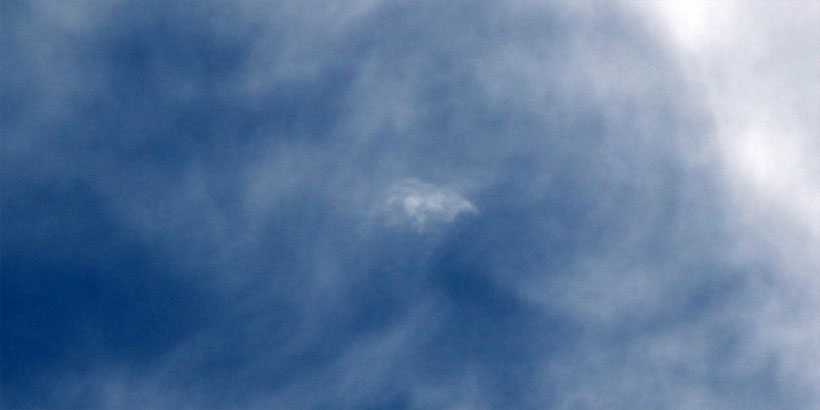 The picture above is the last image in a series of 7 pictures. The image is processed with Auto Contrast in Adobe Photoshop to make it a bit easier to see. It shows an independent manifestation that has traveled into the inside of another weather system. It was filmed and photographed from my flat in a westerly direction.

Strange cloud manifestation inside another cloud?

The picture above is unedited and shows the same manifestation as it would look like when you look up the sky. Because it is unedited, the mysterious aura is not so strong. But when you look at the magnified negative of same below, the mystery arises. 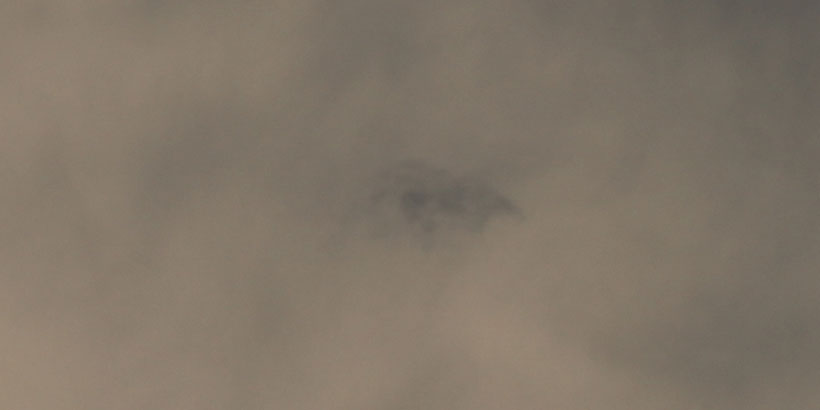 The picture above (negative) clearly shows the sky phenomenon inside another weather system. How is this possible? We actually look at chemical reactions in the sky! The small mass of condensed water vapor should mix up with the surrounding mass of condensed water vapor, but it does not mix up? How can this manifestation stay independent inside this environment of the same? I am no weather expert nor meteorologist, I am an amateur photographer wondering about this strange sky phenomenon. 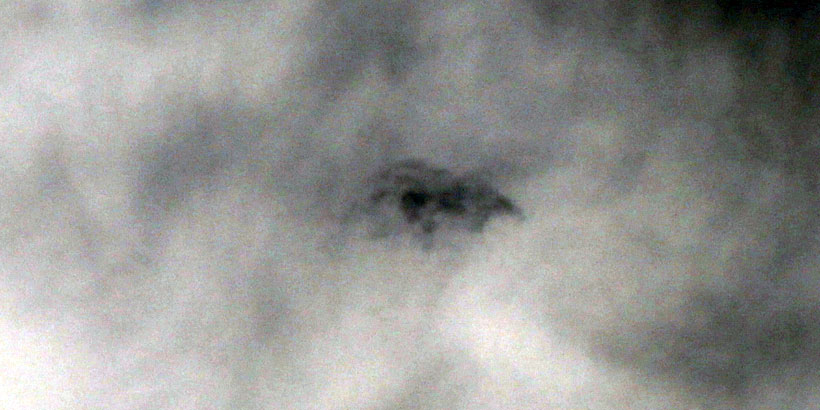 Last picture above is a negative that was also processed with Auto Tone in Adobe Photoshop. The cloud shape is clearly outlined and it reveals a dark area (that is a bright area in reality) in the middle of the small condensation.

Aliens producing their own mist to hide in?

I have seen other examples of unidentified flying objects (UFOs) hiding in or acting as a mist. I have seen them emitting fog. I don´t say this is ET aliens hiding, maybe it is just a cool photo of an ordinary condensation. But the way it stays intact, even when it´s inside another weather system made me suspicious.

Sorry about the short video above. The SD-card was not fast enough and the camera shut down after few seconds of recording.

Other articles contributing to Danish ufology

Danish ufology has for many years been pretty dry with authentic UFO photos. Even today where most people can afford a DSLR camera, a smartphone or other still/live recording equipment, Danish UFOs on still photography seems very limited. Am I the only independent blogger in Denmark writing actively about unidentified flying objects in my photography? Read more…