Bolivia UFO files (disclosure documents) seem not to be available but external documents are. Bolivia has it´s own Roswell, a UFO crash that happened on May 6th, 1978 (a story with conflicting accounts). According to Argentine authorities, the crashed object was a satellite. But according to the U.S. Department Of State, no known space object made reentry that day. 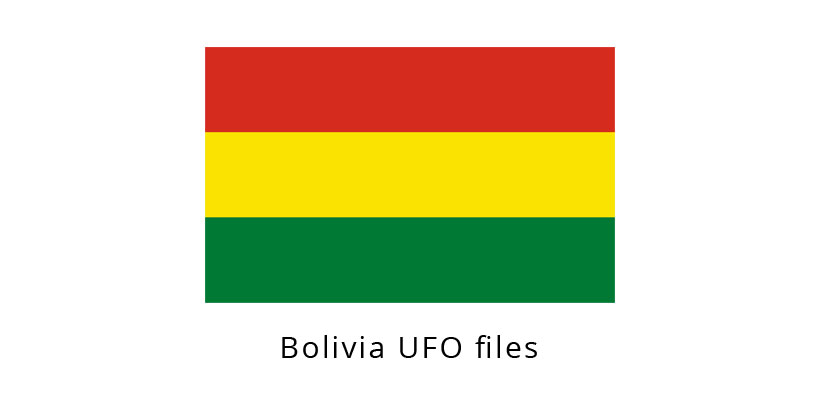 The first document from the CIA archive of declassified files is about conflicting reports of a fallen object reported in radio stations in the area on May 6th, 1978. The Bolivian radio station La Plata, received calls from witnesses trying to confirm the validity of an unidentified crashed object near the Argentine border.

Also, Argentine and Uruguayan radio stations reported on this, saying that the local Bolivian authorities had requested aid from the central government which had sought assistance from the U.S. National Aeronautics and Space Administration to investigate the case.

The CIA document further reports that a La Paz newspaper wrote that Bolivian authorities had cordoned off the area in a 200 km radius where the object fell. The object is said to be an egg-shaped mechanical device with a diameter of 4 meters. The object was according to the newspaper already brought to Tarija for further investigation (source 1).

The second document from the CIA is a report about the Argentina authorities who report that the fallen object was an artificial satellite. Information of what satellite it was is nowhere to be found. At the same time as the object fell to earth, witnesses in San Luis and Mendoza provinces reported seeing a flying saucer squadron flying in formation (source 2).

U.S. Department Of State response to crashed UFO in Bolivia

The CIA documents above do not mention what satellite it was exactly that crashed? Further research led me to this blog article in Spanish, that led me further down the rabbit hole to U.S. Department Of State.

U.S. Department Of State FOIA archive has two more documents related to the incident in Bolivia. United States Embassy in La Paz, Bolivia, sent a telegram dated May 15th, 1978 to the Secretary of State in Washington. In it was a request to investigate the incident further with the help of appropriate agencies (source 3).

The response going back to the embassy in La Paz on May 18th, 1978 clarified that there was no correlation with known space objects reentering earth´s atmosphere on May 6th, 1978. The telegram ends with a request for more information on the UFO crash (source 4) and the case ends here!

What really crashed on the hillside on Taire mountain in Bolivia near the Argentine border is still a mystery.

If you have knowledge of additional resources to the Bolivia UFO files not been addressed in my article, please drop a comment.