Strange sky phenomenon caused by alien activity (?) was an event that happened in Denmark on August 11, 2012. It was photographed by accident in the western sky above Odense city in the evening at 7:19 pm. I assumed it to be a normal weather phenomenon where a cloud manifests in the sky. However, this cloud uses 40+ seconds to materialize to what you see in below picture and disappears completely 12 seconds after. 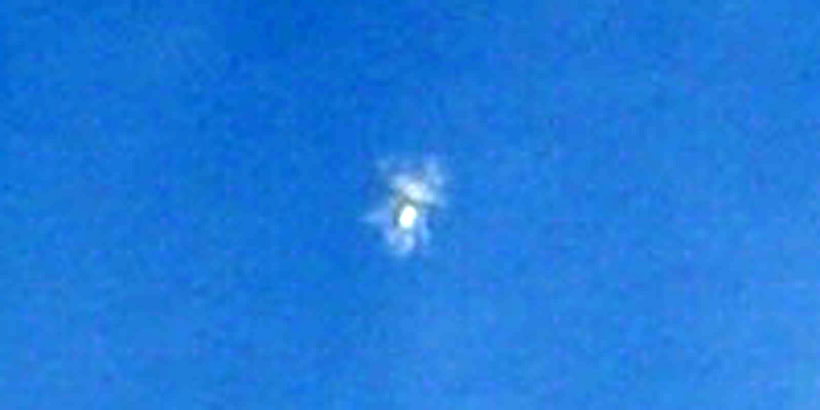 The sudden disappearance is, of course, a possibility taking into account the weather’s ability to change rapidly. But the UAP you see in the above picture is not a normal cloud. This UAP has a very strange structure with differently shaped elements. One of those elements in the middle seems to have much higher light intensity than the other elements around it.

It was a review of a large image archive of mine with contrail photos that got me on track of this one. I immediately thought it was a known cloud phenomenon until I analyzed the pictures.

The photography of a contrail captured this sky phenomenon which in my opinion belongs to the UAP category. This is really an unidentified aerial phenomenon (UAP) which is difficult to define. It is not a known shape I am used to see in the sky.

I did not notice the strange cloud while photographing the contrail. I did not see what started as a normal manifestation in meteorological sense. A cloud began to materialize and everything seemed normal as you can see in below picture.

Exactly 40 seconds later I take another photo in the same direction and the little cloud above has now evolved into the weird phenomenon you see in below picture. Notice the white spot in the middle of this object that has high light intensity. 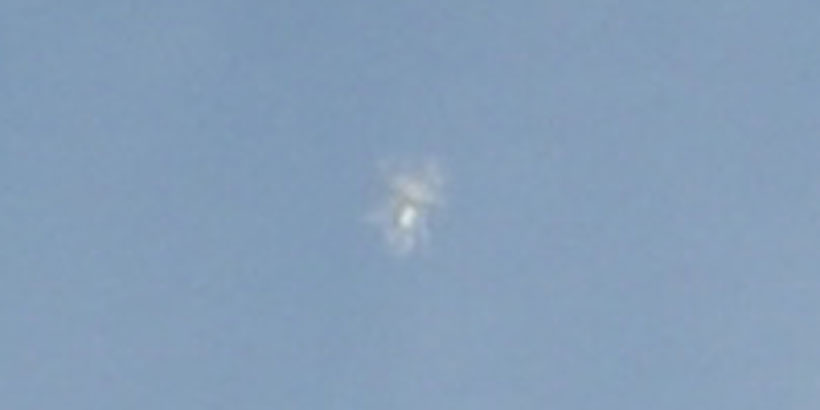 The picture below is the same as above but is a negative. The white spot with high light intensity above is now a dark spot below. 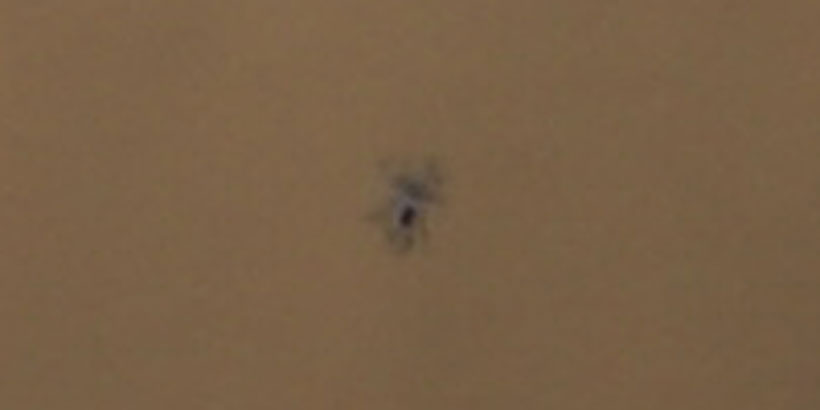 The negative is just another way to see it. It clearly shows an area that is much different in relation to the rest of this UAP. This is not normal for a cloud to show off like that, this is very strange.

A normal cloud would not have such a defined area with high light intensity like this. The rest of the structure has countless surfaces pointing in all kinds of directions. If sunlight was the cause of this particular high light intensity area, other areas would have been lit up too. And if sunlight is not the cause behind this “reflection“, what is it then? Where does the light come from?

The concentration of light in that particular defined area is odd.

The shape of the UAP alone is also very strange. The area that is lit up seems to fit perfectly into a hole in the cloud. And on each side on that hole, there are structures that are bent outwards towards the bottom, like wings. On top, there is a more horizontal cloudy structure. The rest of this sky phenomenon seems random. 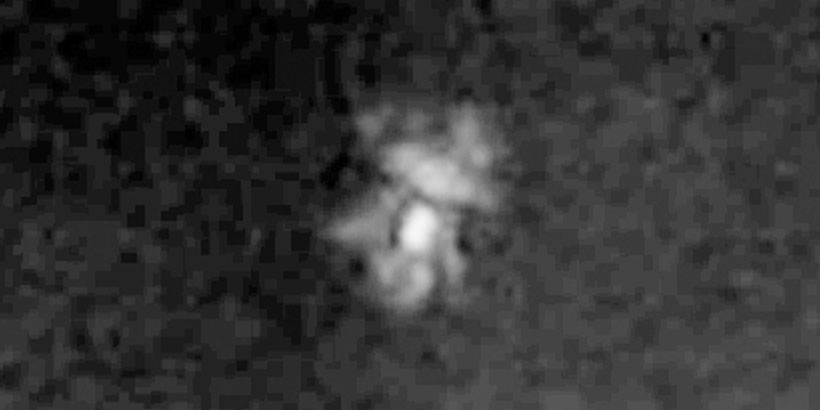 This is something that builds up in the sky over a couple of minutes or so and then disappears again in a few seconds. It´s highly unusual. I can not help thinking if this was caused by some kind of extreme paranormal activity? Maybe extraterrestrial alien activity?

Imagine this sky phenomenon is an alien spaceship disguised as a cloud using sophisticated technology to create a cloudy structure around it to hide in. Or maybe the ability to disguise as an airplane or bird or something that looks near terrestrial.

Sky phenomenon disappears in only 12 seconds

Now that I have focused on the sky for a long time and taken thousands of pictures of contrails and clouds and other weather phenomena, I know that a cloud manifestation in meteorological terms takes some time to appear. And this sky phenomenon seemed normal until it suddenly disappeared like it was put on fast forward.

If this was caused by aliens in their spaceship coming into our world I cannot know for sure. But the reality is, that this sky phenomenon evaporated extremely fast and that is very odd too. There are three strange things in total here:

Aliens or not, this thing does not act like a normal weather phenomenon…

One thought on “Strange sky phenomenon caused by alien activity?”