Belgium UFO files (disclosure documents) are still missing despite the nation has an interesting history of military engagement related to the UAP (unidentified aerial phenomenon). Belgium is widely known for the Belgian UFO Wave dating from 1989 to 1991, where black triangles haunted their skies. The Gendarmerie and Air Force were largely transparent under that wave. 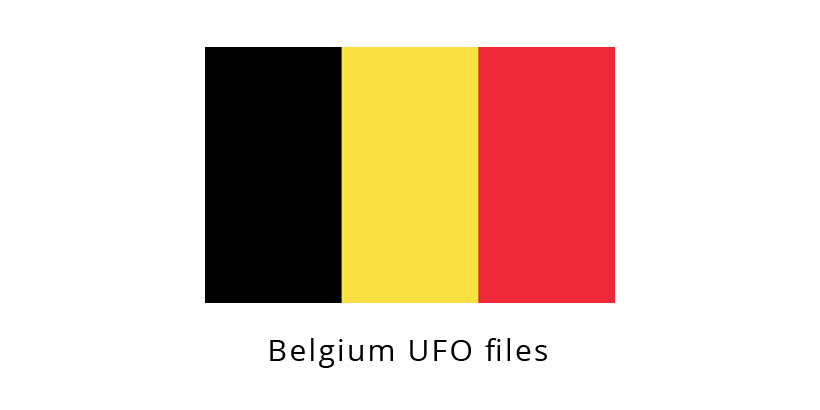 There are no actual government UFO disclosure documents available. But the Belgian Air Force (BAF) Major General Wilfried De Brouwer we saw emerge on TV back in 1989-1991 under the Belgian wave is remarkable enough in itself. Via TV he introduced the public about the attempt with both aircraft and radar, to find out the origin of these black triangular crafts. We saw videos from the F16 aircraft that was tracking the UAP. See video with (source 1), and summary by Major General Wilfried De Brouwer (retired) about exactly that event (source 2).

There is a complete BAF report on the events available on the ufoevidence.org website. Major P. Lambrechts of the BAF General Staff made the report concerning the observation of UFOs during the night of March 30th to 31th 1990. It was released to SOBEPS and included a detailed chronology of events and it dismissed several hypotheses.

Belgian wave and other sightings

I clearly remember this wave. It was in Danish state-owned TV news in the primetime twice. Also British TV made a piece about the events and there is a short documentary dealing with the Belgian Wave.

US Department of Defense

US Department of Defense describes in a 5-page document the UFO events in Belgium from 1989 to 1990 (source 3).

DEFE 24/1960 is a four-page account (page 320-324) of the UFOs detected by NATO radars and F-16 fighters over Belgium in 1990. General Wilfried de Brouwer, Chief of Operations, Belgian Air Staff confirmed that F-16 pilots obtained “lock-on” with their radar but was unable to explain the phenomena.

Belgian Committee for the Study of Space Phenomena (COBEPS) is a continuation of some of the activities of former SOBEPS (Belgian society for the study of space phenomena) association. The committee reassembles some former collaborators and investigators regrouped by Patrick Ferryn and Leon Brenig. They have a scientific approach to the ufo phenomenon.

I found the official website of the Belgian UFO Network (BUFON) umbrella organization of Belgian Ufologists and researchers in Belgium founded in 1996. The BUFON website contains information, documentation, research, and reports about space and the UAP in Belgium and abroad.

After a thorough search after UFO reporting sites, I only found ufomeldpunt.be. The research carried out by this reporting center focuses mainly on well-documented cases where no simple explanation can be devised.

The CAELESTIA (affairs of the heavens) initiative was started in 1994 and its purpose is to collect, investigate and document reports of unidentified aerial phenomena (UAP). Generally, they have a very skeptic view on these cases.

If you have knowledge of additional resources to the Belgium UFO files not been addressed in my article, please drop a comment.