Sphere UFO cluster emitting ectoplasm or condensation is an unknown object that seems to be a row of three spheres. On top of at least two of the spherical objects, something that looks like smoke seems to blow away from my position. It was photographed in Denmark on May 25, 2017, at 2.39 PM local time in Odense city. 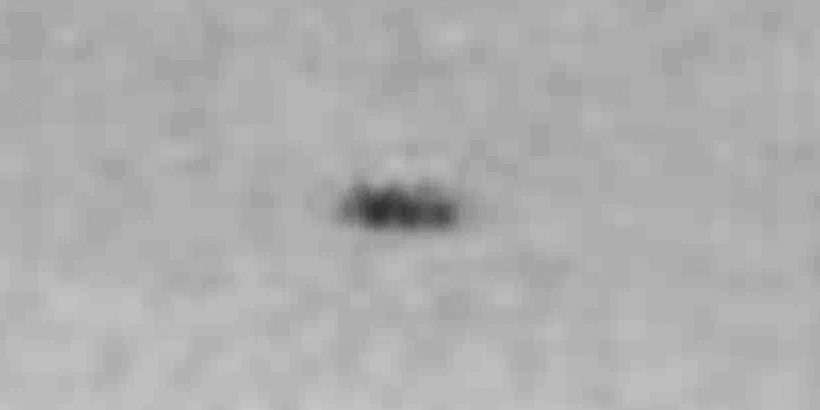 I did not see these UFOs while taking pictures of the sky and the place around me. The photo shoot was an investigation of the site related to the creature sighting I had the day before that produced this UFO gallery

The sphere UFO cluster is very small in the photo. Since I did not see them, I did not zoom in on the objects. The picture below is a cropped version of the cluster copied from the original image (see no. 3) 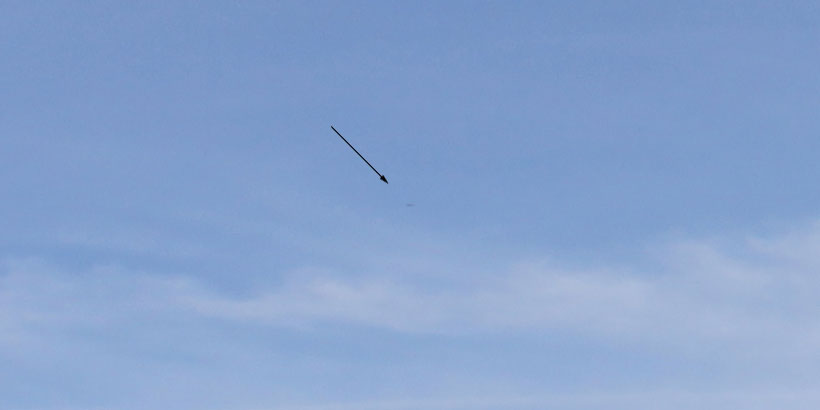 But the photography is high-resolution (5184 x 3456 pixels / 18 Megapixel). And after a 400% magnification and some image processing, the cluster of what I believe is a row of spherical objects comes to sight, see below. 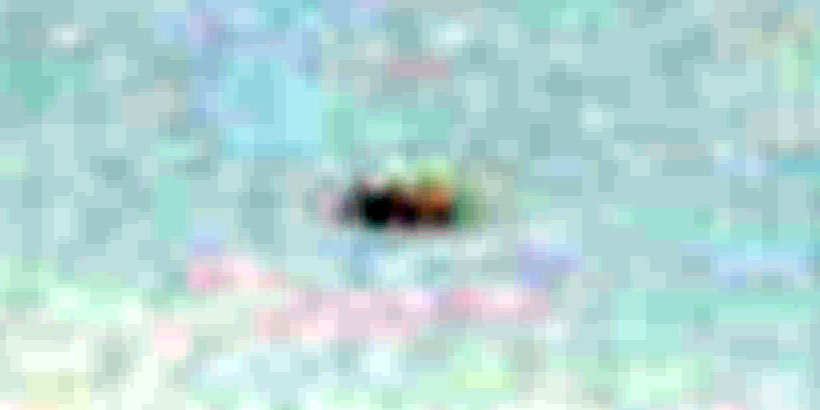 Colors are intensified in the above photo. It is not true colors. I still see three objects but it depends on what eyes who see…

In the image negative below it is obvious that something is going on on top of the sphere UFO cluster. Since the image is a negative, dark is bright and vice versa. And it depicts very well what I am talking about. Something is blowing in the wind. It comes from the top of the objects and is the dark pixels covering the bright ones on the top. 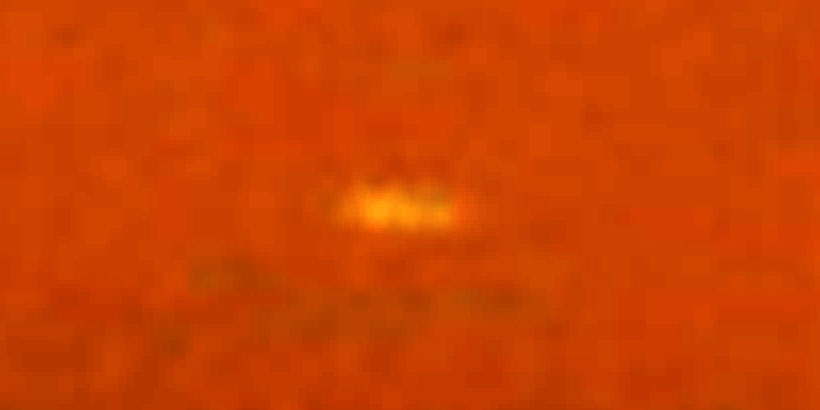 Maybe not space aliens / extraterrestrials but something very strange goes on there. Could it be condensation or some kind of fog that is emitted? I’ve seen something similar before in a vision, but that looked like ectoplasm. Four spheres (with a flying saucer in the middle) in different sizes hovered in the sky while ectoplasm blew away from on top of them, just like this one.

I also have video footage with a dark object seen emitting condensation or fog while it blasted past me in front of the camera.

Obviously, I don´t know what is emitted here. Ectoplasm, condensation or something else? I can only guess…

Another sphere cluster leaving a trail of smoke

The three sphere cluster objects above were captured on photography at ‏‎‏‎02:39:38 PM. The next photo was captured also at 02:39:38 PM. This happens sometimes, don´t know exactly why my camera do this? But the next photo was taken right after and shows another strange vessel that seems to have a smoke trail behind. See the gallery below.

If the three-sphere cluster and the odd vessel with smoke trail in the above gallery are the same, it moved a pretty fair distance in 0 seconds according to my camera. Such a movement across the sky in maybe one second can only happen if aliens are present. We do not have such equipment, not what I know of, so it must be alien activity with extraterrestrial origin. 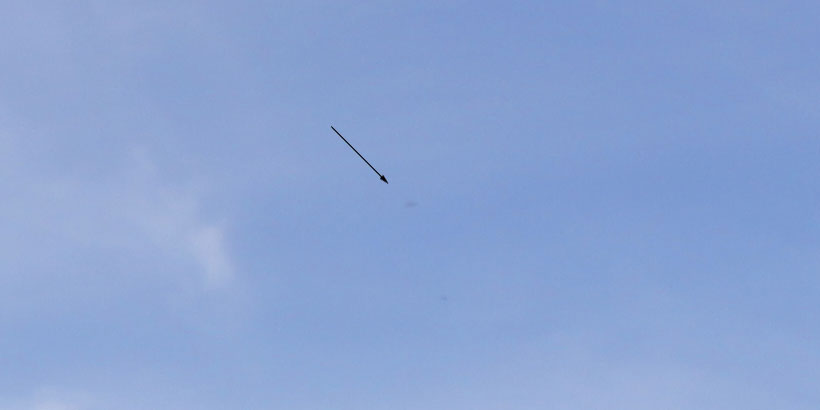 The strange thing is, that the two vessels have something that looks like smoke. You can say they have the same profile. See the other vessel´s position in the next original image (see number 5). See other spherical objects here