Disc-shaped UFO with strange cloud phenomenon is a small but interesting object in the photo. It was photographed in Denmark above Odense city on May 25, 2017 at ‏‎3.08 pm local time. It shows what I believe is a flying disc with a dark spot or shadow at the bottom. Just below this shadow you may see something very white like a slightly bended band of fog going downwards. That is the cloud phenomenon and secondary mystery besides the disc-shaped UFO I try to understand here. 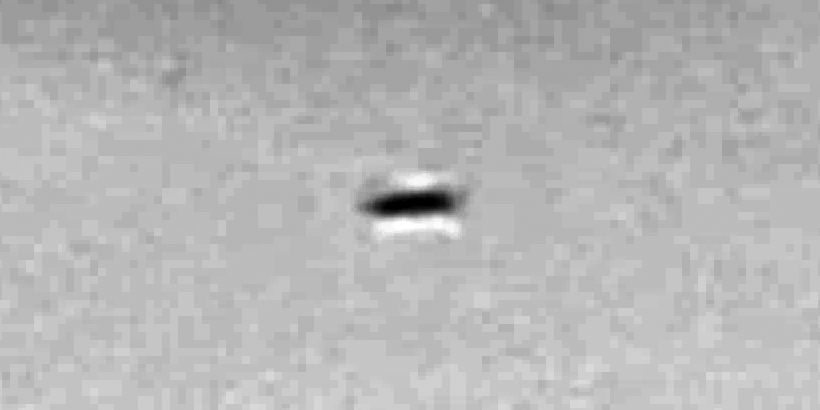 The picture below is unedited and shows the small object in the much larger original photo (IMG_6055). Unfortunately, it is not the best close-up you could wish. The disc-shaped UFO is far away and very small in the photo. But it is there and with 18 megapixels DSLR photography, we can zoom a couple of times before it gets too blurred in the pixels. Notice below in the unedited original photo the clear black band that probably indicates a shadow and that something physical is actually there. 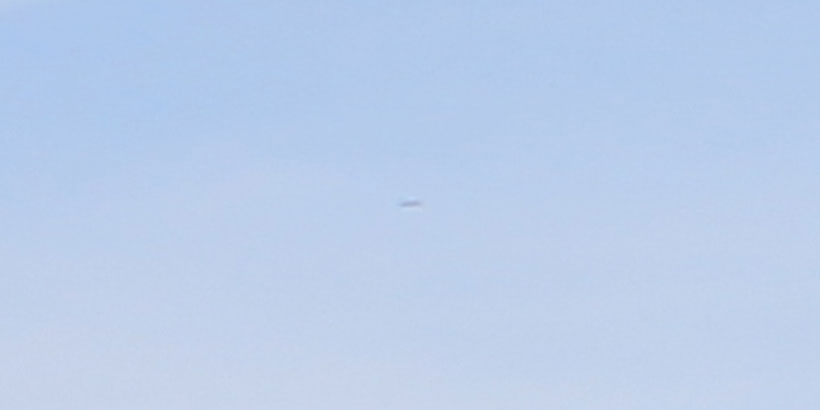 The below picture is magnified 800% which is the maximum magnification before it gets too blurred and pixels too grainy. 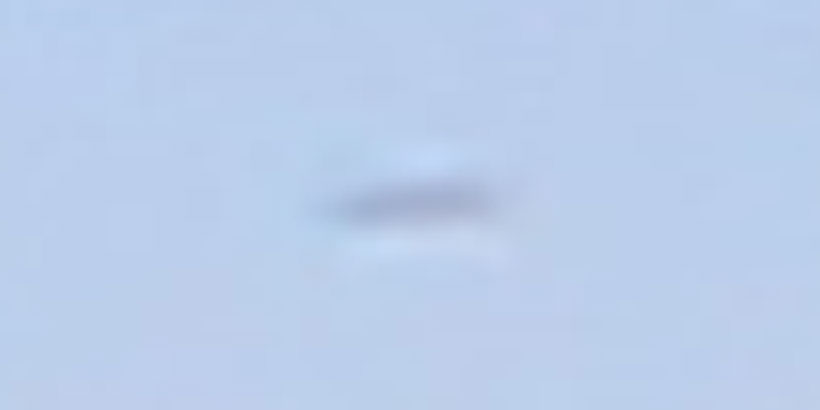 And even at 800% magnification, the object is still very faint in the original unedited photo. But not faint enough to hide the overall shape, the shadow and the very white band of fog-like substance, the cloud phenomenon, at the bottom.

Let´s bring the UFO photo into Adobe Photoshop and use the Auto Tone filter. The Auto Tone filter re-draw the entire image individually for each color layer red, green and blue. I have found it to be very useful with faint objects in a photo. It is actually quite good to dig a far away object out of the mist. And that´s exactly what happens here see below. 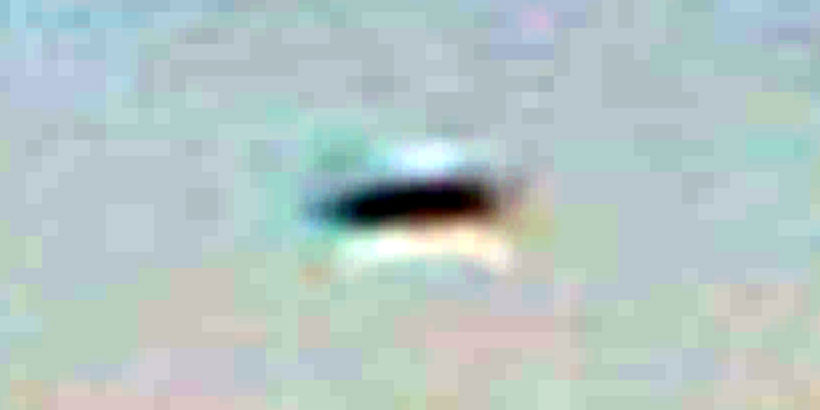 Something that seems to be a disc-shaped object appears with clear rounded finish on top and with a black area at the bottom, which may be a shadow. At the absolute bottom of this disc, under the shadow, white fog-like substance is seen.

When a cloud manifest in the sky it happens because of the condensation process. Condensation is when invisible water vapor in the air turns back into liquid water as tiny water droplets. These water droplets are visible in the form of low altitude Cumulus clouds.

But if the cloud-like phenomenon beneath the disc-shaped UFO really is a cloud phenomenon caused by condensation is uncertain? It looks like a flare of thick fog bended downwards away from the rest of the object. It does not appear to be a permanent part of the fuselage. It may be something caused by this vessels ability to hover and fly.

High voltage magnetism or a strong gravity field could maybe initiate condensation because of changes in temperature, pressure and humidity. However, how magnetism and gravitational fields affect the weather around such an object requires expertise at the science level and probably more of that.

Cloud phenomena in relation to other UFOs

We may never find out what those strange cloud phenomena are in relation to the disc-shaped UFO here and other UFOs, if it is a condensation phenomenon at all? I have other examples of supposed condensation and vapor trails left by unknown flying objects.

There is the triangle formation where one of the objects seems to produce some sort of condensation. And I have fly-by footage that shows an unknown flying vessel passing by my camcorder while it produces something that looks like a vapor trail.

Explore the “Condensation”-TAG to see the other unidentified flying objects related to the supposed condensation process and possible cloud creation.

UFO picture originates from a photo investigation in the field

The pictures here originates from a photo investigation inside a secluded pasture where I had a creature sighting on May 24. And because of that sighting, I decided to visit the site again on May 25. I had my Canon EOS 60D DSLR camera with me and it produced 173 images and this UFO gallery with 43 hi-res UFO photos.