Barbados UFO files (disclosure documents) seem not to be available but external documents are. U.S. State Department and CIA documents are available via FOIA requests by organizational and private resources. 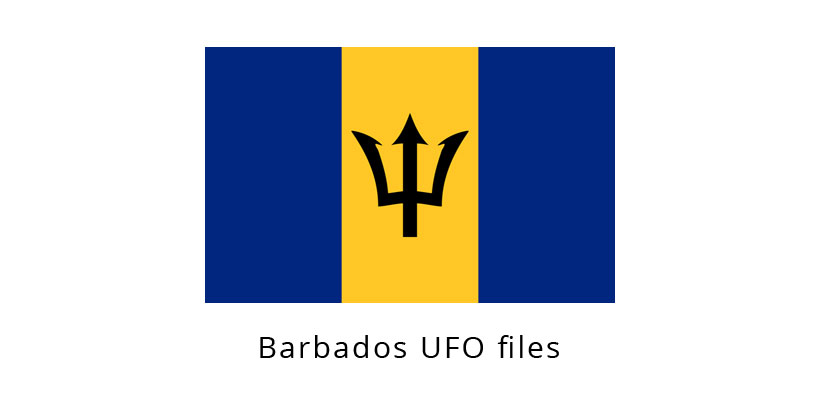 Documents declassified and released on February 7, 2000, reveals UFO activity over Barbados back on April 12, 1984. A report was sent from the American embassy in Bridgetown, Barbados, to Secretary of State Washington with the subject line “Incident Report: Unidentified Objects”. It was about an appearance of unidentified flying objects on Barbados airport radar screens that provoked a serious defense and security alert there. The unknown objects appeared at 02.10 over midnight tracking towards the airport, then split up and disappeared. Objects remained visible on the radar for 1½ hour (source 1).

On September 2nd, 1987 several Barbadians witnessed unidentified flying objects on a moonlit sky. Objects were described as balls of fire with tails. A pilot of a regional airline saw them passing by his airplane at terrific speed (source 2).

If you have knowledge of additional resources to the Barbados UFO files not been addressed in my article, please drop a comment.