Bizarre UFO phenomenon or strange cloud manifestation is one of the weirder photos I have. There is a shadow in the sky, a dark spot or maybe a spherical object that seems to emit fog or smoke. The small faint object was, unknowingly, captured on photo in Denmark on May 25, 2017, at 3.04 PM local time in Odense city (map). 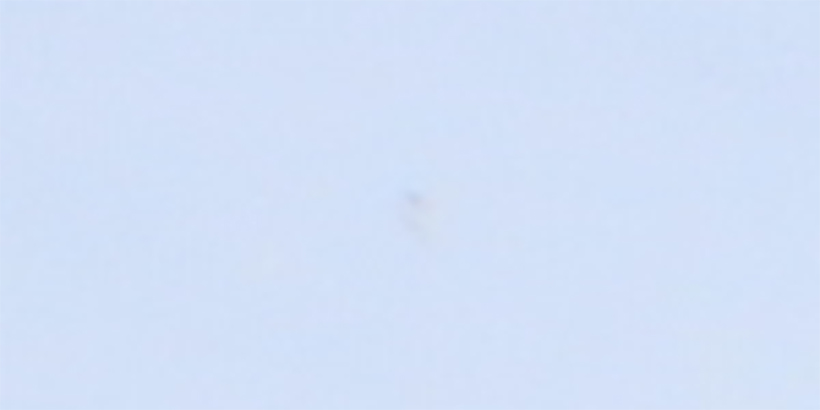 The picture above is unedited but cropped out from a much larger photo. It does show a bizarre object or a cloud manifestation with a shadow or dark spot in it. The picture below has been edited with different filters for example Auto Contrast and Brightness. It shows the strange object a bit more clear but it is still pretty faint. 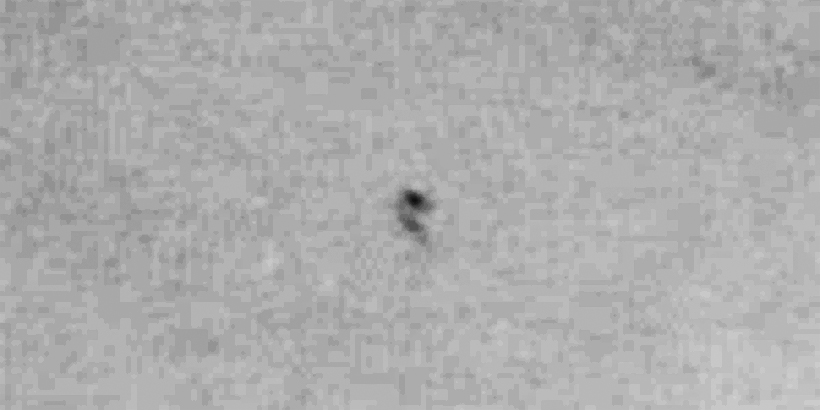 The photography was done inside a secluded pasture where I had a creature sighting the day before on May 24, 2017. That sighting caused me to investigate the site on May 25th which produced 173 images and this UFO gallery

The bizarre UFO phenomenon here could also be just a cloud manifestation or condensation. What triggered me was the dark spot in it which is odd when we talk about cloud condensation. Because where does the shadow or dark spot come from?

A beginning cloud manifestation in the sky does not really have shadows because they are too small to make a shadow. They tend to be just cloud white fog. The dark spot or shadow indicate either a small cloud thickness confined to a very small area or a physical object. And both possibilities are equally strange… 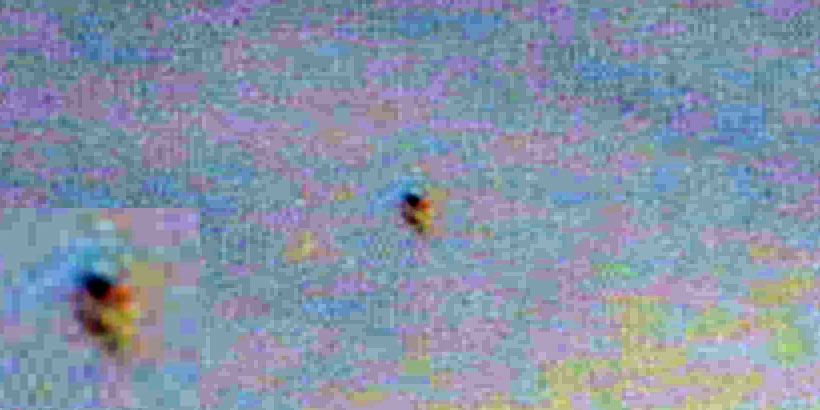 The picture above has been edited in Adobe Photoshop with Auto Tone filter to illustrate it´s shape more clearly. The Auto Tone filter draws up the entire picture and make even small differences in pixel colors clear. The colors are false but the shape is true.

UFOs in relation to cloud condensation