Smiley UFO with scout fleet was a group of unidentified flying objects captured on photo in Denmark on September 19, 2018. They were photographed high in the sky west south-west of Odense city at 3.25 pm local time. I did not see them while taking the so-called “archive” photos of clouds in the sky. But two days later I discovered the smiley in one of the photos. 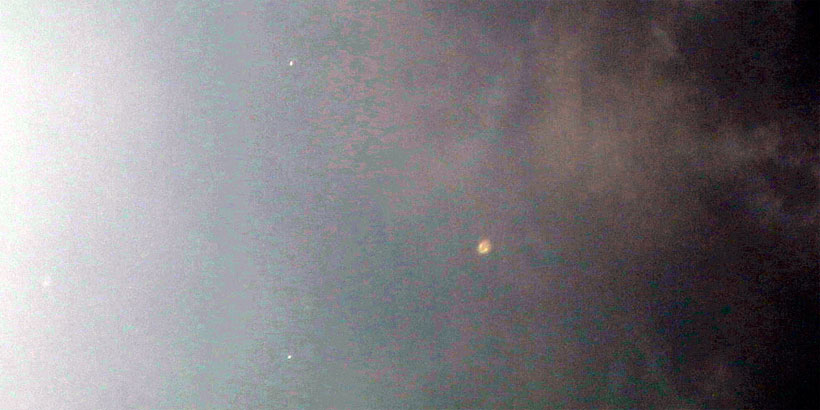 I used a Canon EOS 60D with a 300mm zoom lens producing JPEG images in the resolution of 5184 x 3456 pixels (18 Mega Pixels). A smaller resolution would have rendered the objects more unclear. But I captured them with only 190mm focal length and the largest object reveals a strange little surprise. 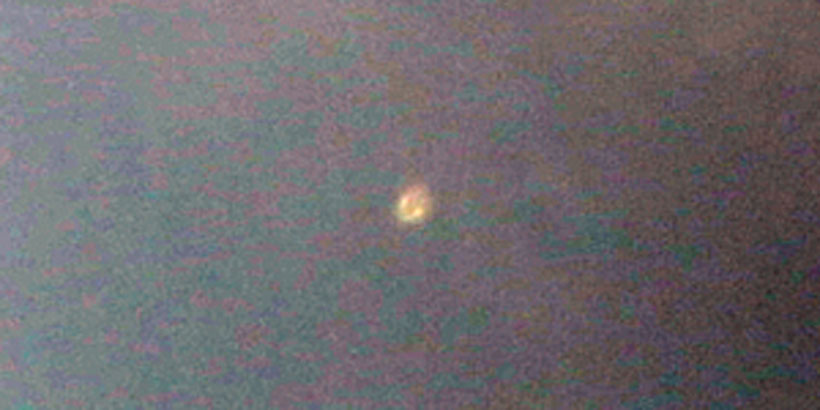 It´s a smiley 🙂 with a big smile 🙂 big surprise! I can further describe this object as a light grey spherical cloud-like object with a horseshoe-shaped glowing white light on it.

The two pictures above have been filtered with Auto Tone in Adobe Photoshop to make the smiley UFO more clear for the viewer. But in that process, the large object got a yellow-orange glow which is not the real color. In the original cropped and zoomed version below, it is luminous white. It is nearly invisible in the sunlight that is coming from the bottom left in the photo. 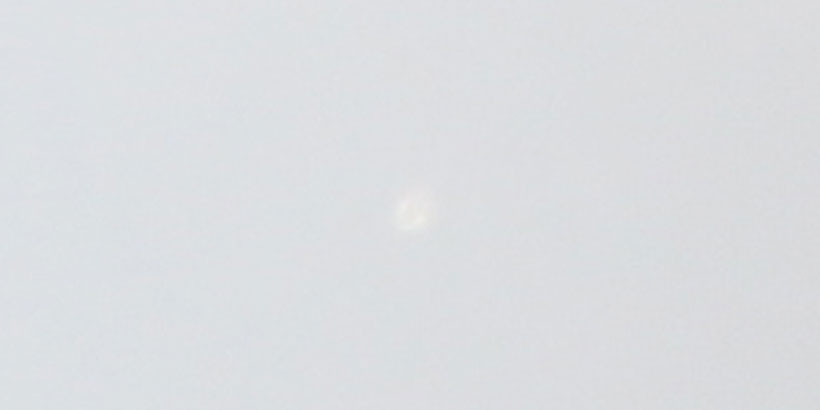 The image below has been processed in Adobe Photoshop with brightness and contrast. 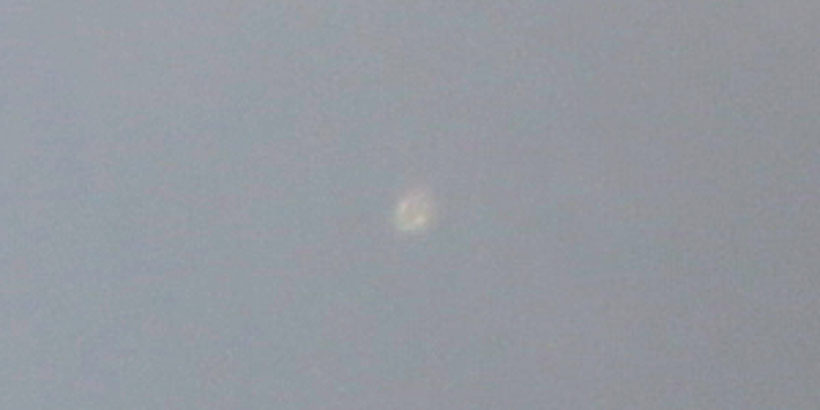 My first thought when I saw this thing was “lens flare“. But I have never seen a lens flare with that look (on its face) and I have seen many different types of lens flares. The object also comes with a small fleet of luminous orb-like objects? It is not a lens flare if you ask me. Maybe something extraterrestrial like space aliens? Well, I will probably never know…

A couple of hours earlier before the smile in the sky, the police made a barricade 50 meters from my home. They were about to arrest some dangerous male who had called in that he was in possession of a gun and a machinegun. The police shot a couple of flashes, or tear gas, into the apartment he was hiding in under 100 meters away from my home. The police operation took about two hours before the suspect was finally arrested. 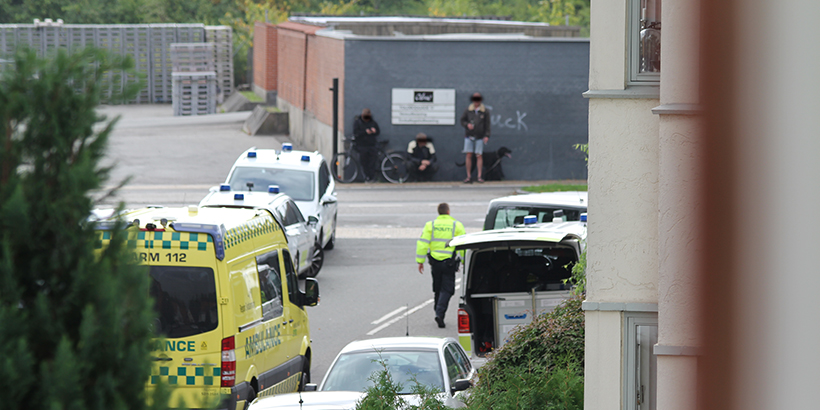 I have seen a lot of traffic with people related to groups supporting Hells Angels. They come and go in several apartments in the area and pose a great burden to their surroundings, especially to me!

Since I had some clashes with those people in the early 80s, while I was teenager, they have continued to harass me and everyone I knew or talked to. One of their weapons is intensive fake news campaigns against my person, which is ongoing this day today. They can mess up a whole area where people think the worst about you because of these lying criminals.

So, it was a good thing for me that this entity was removed from society. Now the area was cleared for a very bad influence and the sky above responds with a smiley UFO. How can this not be related?

One thought on “Smiley UFO with scout fleet above Denmark”