The Albania UFO files seem not to be in the open. According to some people in Albania with government relations in the 1950s up to the early 1960s, actual UFO documents exist. People were involved in investigations of unidentified aerial phenomena (UAP) under the hat of the KGB or the Albanian State Security (secret police) in the past. 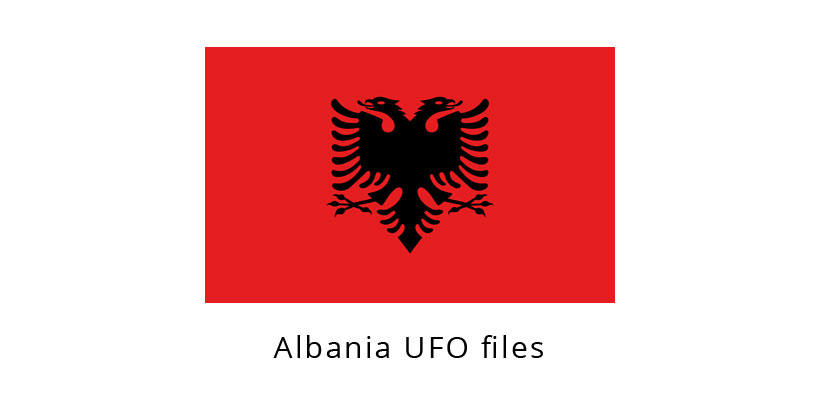 The Albanian State Security was until the early 1960´s a place where people reported their sightings. They had appointed specialized personnel to investigate cases with unidentified flying objects, so the Albanian disclosure documents are hiding somewhere.

The author of the book “They should not know” (translated), Ben Shehu, got some documents in his hand accidentally from a diary note found after his father’s death. His father had been part of the nomination of senior State Security officers in Albania. He had been close to some of the investigations into the supposed events with unidentified flying objects in the country.

Two document sheets from the old secretary’s record block were left with fine writing hardly readable by the age of the paper. But since the book is not translated into English, I have no clue where these documents are.

There is a story about an MIG jetfighter that crashed in Skrapar on Tomorr Mountain. Authorities in Albania first believed it was shot down by some secret NATO weaponry directed from Greece. But intelligence officers investigating the crashed aircraft have ascertained that there was no violation of the Republic’s air border that day.

The aircraft was later found on Tomorr Mountain. When analyzing the causes of the plane crash, it turned out that the cabin was cut off from the rest of the plane. The cut was clean like if a very sharp knife had been used.

Lawyer Ilir Malindi, a former Secret Service Officer, said in an interview that he read Ben Shehu´s book and thought it was very interesting. He recounts some of the events from that time in the early 1960s. He also remembers the MIG plane that crashed and he even knows the name of the pilot (Veiz).

He tells further that it was puzzling what happened to the plane. If the plane had crashed on the mountain, it would have been only bits of pieces. But the pilot, Veiz, was found in the cabin of the plane. And as described as above, the aircraft was found with a cut behind the cabin.

Actually, there was a squadron of 5 MIG aircraft in total in the air that day. The accompanying pilots themselves said, according to Malindi, that they saw a glittering sphere and they were almost dazzled…

I found alien.al which is a website among the first to address the alien topic and the first in the search engines for these arguments in Albania. They want to give the Albanian community interest in these arguments, inviting them directly to contribute. The site offers a photographic gallery, a rich video documentary section and lots of materials to download.

This is sources in the Albanian language. They were very hard to translate using Google Translate. The content was not directly translated but I was taking it sentence by sentence, and then putting the pieces together in the end.

If you have knowledge of additional resources to the Albania UFO files not been addressed in my article, please drop a comment.