Rare aircraft contrail captured on photography is not the type of condensation trail I see very often. This is infrequent in our sky. The photo was taken in Denmark on November 30, 2009, at 3.49 pm local time above Odense city. I did not see the aircraft that flew in a south-western direction but I did take some photos of this unique contrail. 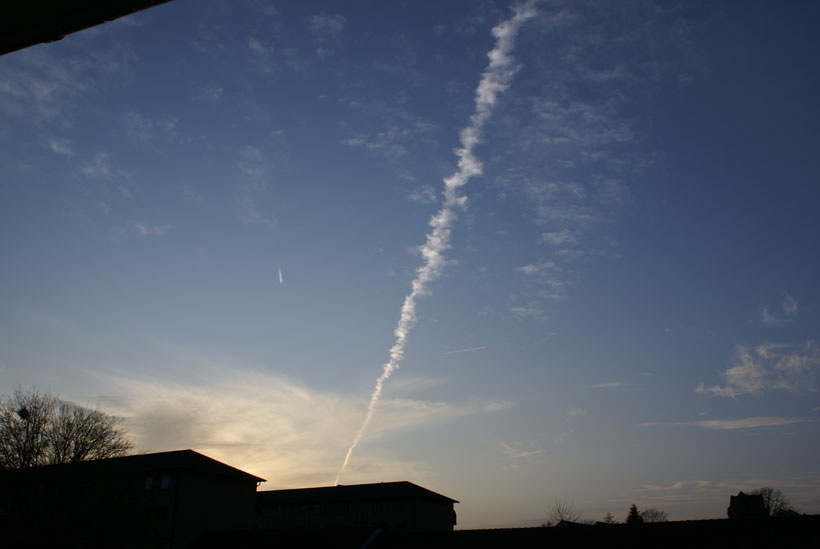 The contrail in the above photo was left in the sky by an unknown aircraft 1 or 2 minutes before the photo was taken. It is my theory that the odd contrail originates from a single jet engine aircraft. There seems to be only one plume where there usually are two.

The type of aviation contrails depends on the type of aircraft, what type of jet engine it uses and how many it has. A large Boeing 747 with four jet engines creates a different contrail compared to an Airbus A320 with two jet engines. The weather conditions are also an important factor. Combinations of temperature and relative humidity determine the mass and length of the contrails. 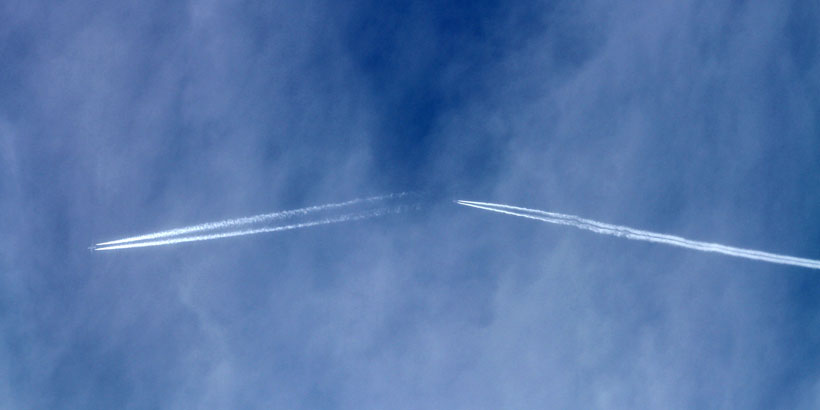 In the photo above two “normal” contrails are left by two-jet engine airplanes. They are probably flying at different altitudes which possibly are the cause behind the slight difference between the contrails. And as different altitudes may present different weather conditions, the chemical composition of the jet fuel may also be considered as a factor.

No repeats of rare contrail in the photo archive

I have been a diligent observer of the weather since 2009. In writing November 28, 2018, I have collected 2110 contrail images in 113 folders. None of these folders contained other photos with the same type of condensation trail as in the top photo.

See the weather history for Denmark (Vojens-Skrydstrup Air Base) on November 30, 2009