Meteorology galleries and Contrails/Chemtrails galleries is a new project I am working on these days. I have a photo archive counting thousands of pictures of weather, clouds, contrails/chemtrails, and other aerial phenomena. Some of these photographs also contained UFOs. I started taking the pictures in 2009 and I am still on it. It is now time to bring some of it into the world. 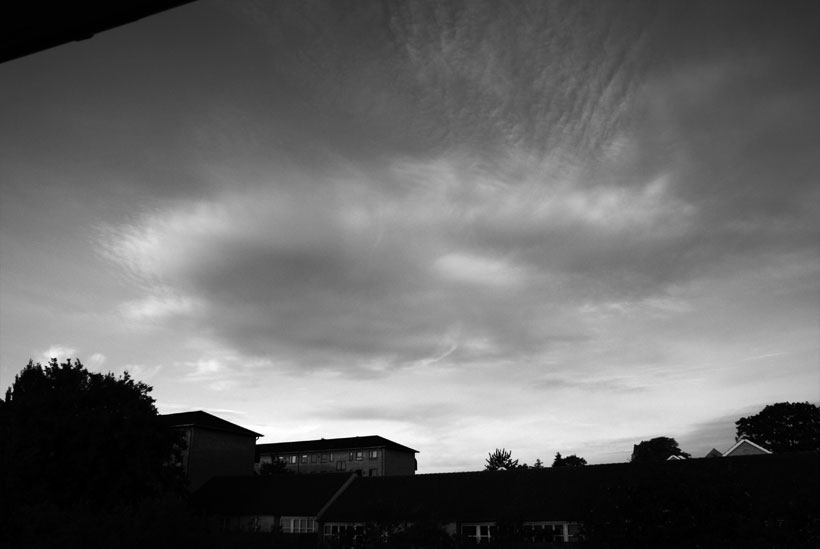 The weather photo above was my very first photograph taken on August 14, 2009. It shows what I believe is a mixture of a Cirrocumulus and Altostratus cloud. I am no meteorologist or weather expert, I just sit on over 7.000 cloud and contrail/chemtrail pictures. And I promise you, there are some very spectacular images to show.

I do not intend to share everything that I have photographed. There are a lot of repeats of the same clouds and contrails. It would just fill up space and bore you to death. But the fantastic weather photos, awesome clouds, and intriguing condensation trails will be displayed. Photos in the Meteorology category can be found here and the Contrails/Chemtrails category here

The photo archive contains 256 folders with cloud images and 134 folders with contrail images. Each folder represents a unique date and photo session. Most of the pictures are taken with Sony A-100 reflex camera (DSLR) with Sony standard 18-75mm zoom lens attached. My Sony camera is perfect for cloud and weather photos and I use it all the time.

Recently I started using another DSLR camera, Canon EOS 60D camera with a Canon 70-300mm zoom lens attached. But that is mostly when something needs to be investigated in the sky. In some very rare situations, it is the perfect setup for UFO pictures

This is not propaganda – Contrails are Chemtrails

After sharing this article in the Facebook forum Chemtrails Global Skywatch, an admin deactivated commenting for the post. The reason was propaganda? I think the problem was that I used the word Contrail instead of Chemtrail. I’m not really trying to hide that a contrail is actually a chemtrail. I know it´s a chem because of all the chemical additives.

But I decided to go with the Contrail-word as a primary and then use the word Chemtrail as a secondary term. I want to take a formal approach to the subject and also explain it with meteorological terminologies because there is actually normal cloud types in the sky too. In some cases, contrails (chemtrails), are absorbed into known cloud systems. Even when a condensation trail is not a cloud, there is a tendency that they transform into a cloud type, for example, the Cirrocumulus cloud type.

The primary goal with this is to show my meteorology and contrail photos. I am no meteorologist or weather expert but I try hard to classify the cloud types in my pictures. Among other resources I use the NWS cloud chart and UCAR´s cloud type illustration

Air traffic is actually bombarding the atmosphere with chemicals 24/7, mainly with carbon dioxide (CO2). Aircraft emissions consist of carbon dioxide (CO2), water (H2O), nitrogen oxides (NOx), Cobalt (CO), sulfur dioxide (SO2) and a myriad of other chemical additives (see this thread). If this is not large-scale geoengineering, what is it then?

So, a condensation trail is not only ice crystals and visual pollution in our skies. Primarily it´s a heavy bombardment of CO2 high up in the atmosphere where no trees can suck it up. While this happens, we are charged with a range of fees and prohibitions on the ground, where enough trees can suck up a large portion of the CO2. That is not very nice!