Massive contrail weather phenomenon photos are about a day I had the opportunity to follow the weather all day long. I started taking photos at 10 am in the morning and continued to 6 pm in the evening. The weather phenomenon I will show you were caused by aviation contrails (see last 3 pics). The photos were taken in Denmark on April 15, 2010, above Odense city. 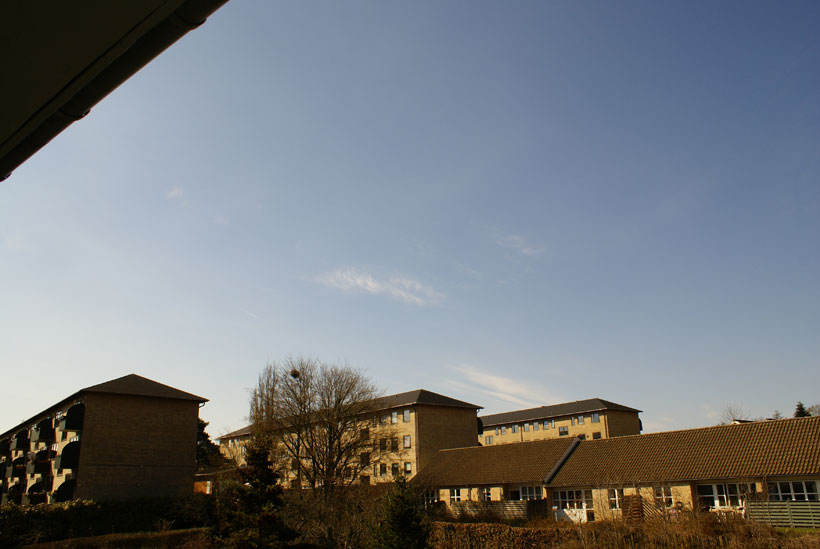 I shot the very first picture above at 10.05 am. It looks very good with the blue sky and only a few remnants of condensation trails. But as you will see in the photos below the massive contrail weather got much worse.

I experienced aviation contrails appear out of nowhere a certain time after they have been laid out. They are not visible while being laid out but become visible later. The photo below that was taken at 10.28 am is a good example. You actually see a relatively sudden appearance of several “old” contrails only 23 minutes after the first photo above was taken. 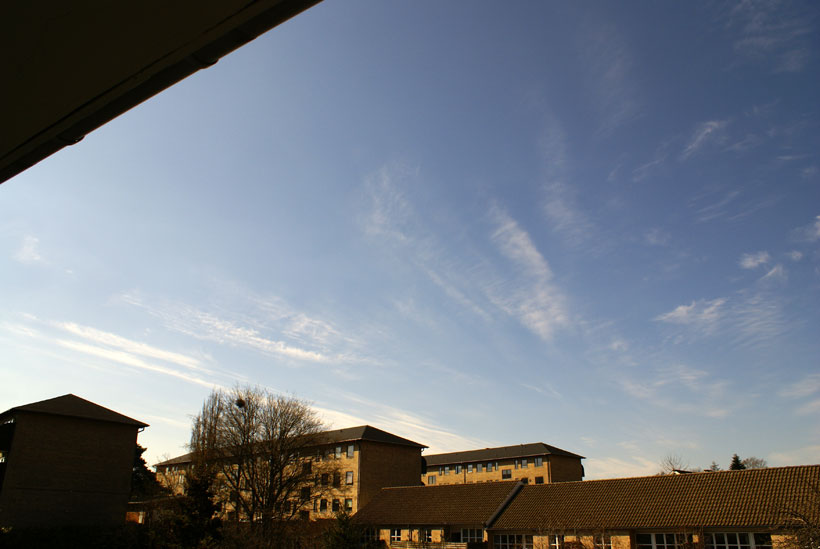 I don´t know if the late contrails here are caused by very dry conditions at the altitudes they are sprayed out at? Something tells me these aircraft condensation trails must be going from a dry condition to a more humid condition up there.!? 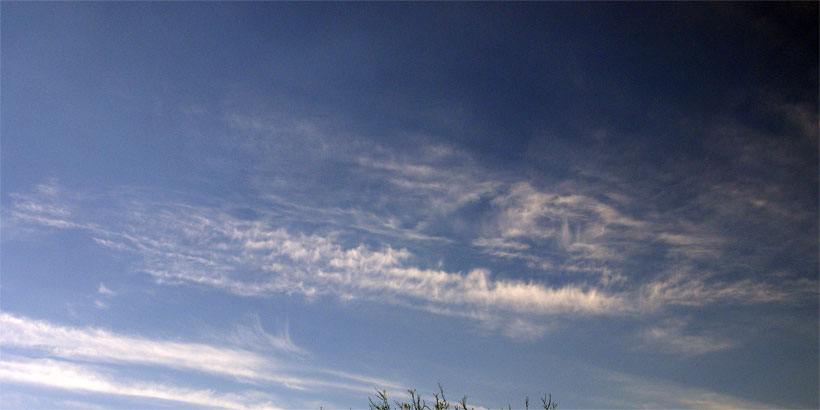 What amazes with the contrails are the compositions and structures they can represent. We may look at aircraft contrail weather (above) that are slowly being absorbed into known cloud types. The cloud types at this altitude are Cirrus and Cirrocumulus

Cloud condensation and the birth of Cirrus clouds

While keeping an eye with the contrail weather I also observed a cloud condensation and the possible birth of Cirrus clouds see below. If you wanna see magic, watch the skies, nearly everything can happen there. See this cloud manifestation and this sky phenomenon 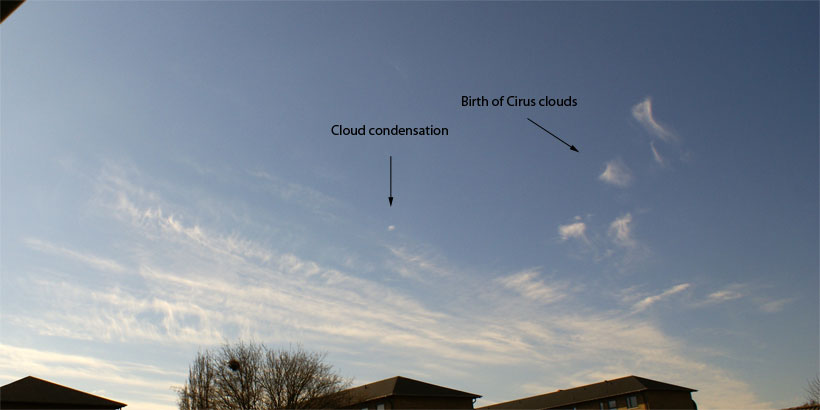 The small cloud condensation as seen at 10.49 am in below picture. 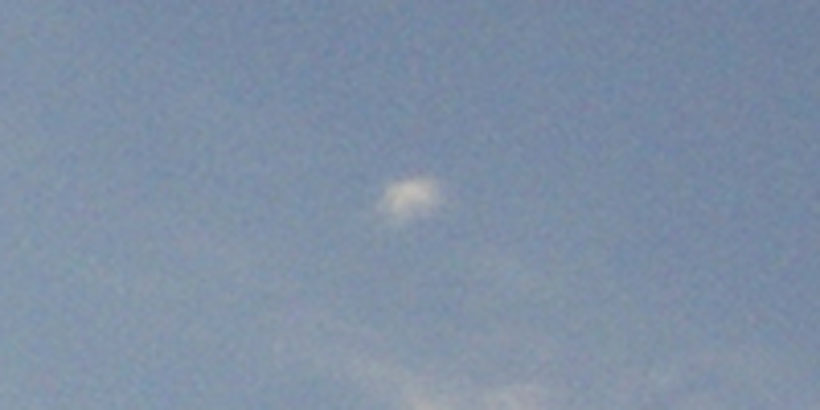 The small cloud condensation as seen at 11.12 am in below picture. 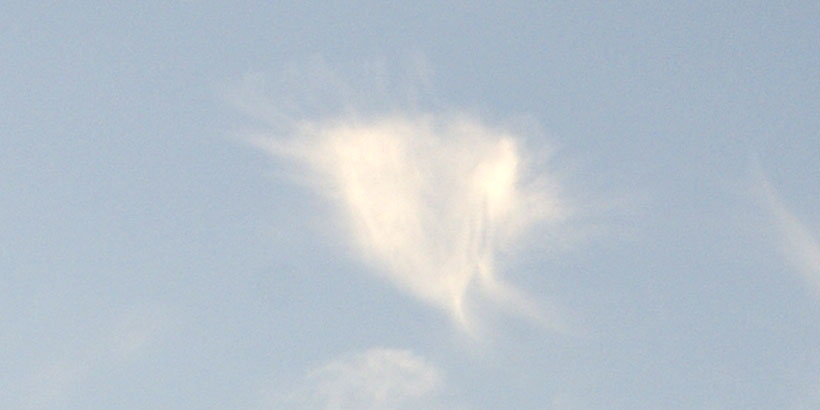 I suspect the small condensation to be a Cirrus cloud but I am not 100% sure. See the condensation and supposed Cirrus clouds in the large hi-res photos further down in the “massive contrail weather”-photo gallery.

Later that same day I was on a short trip on the bicycle to the city and I took some shocking weather phenomenon photos. The persistent contrails had now been left in such numbers that they almost created a condensation trail weather system. 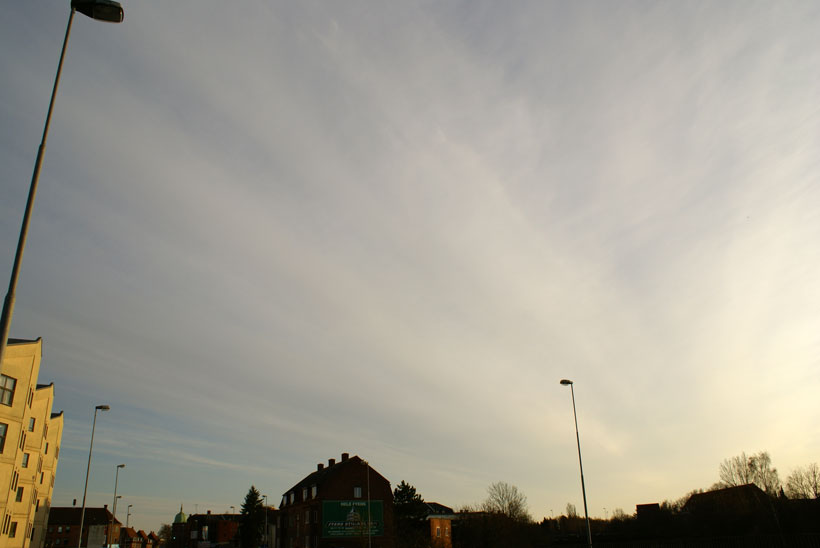 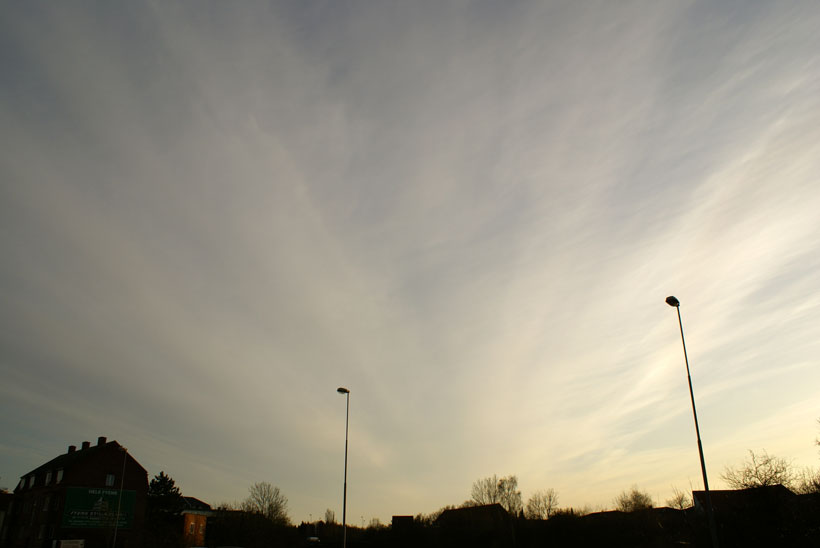 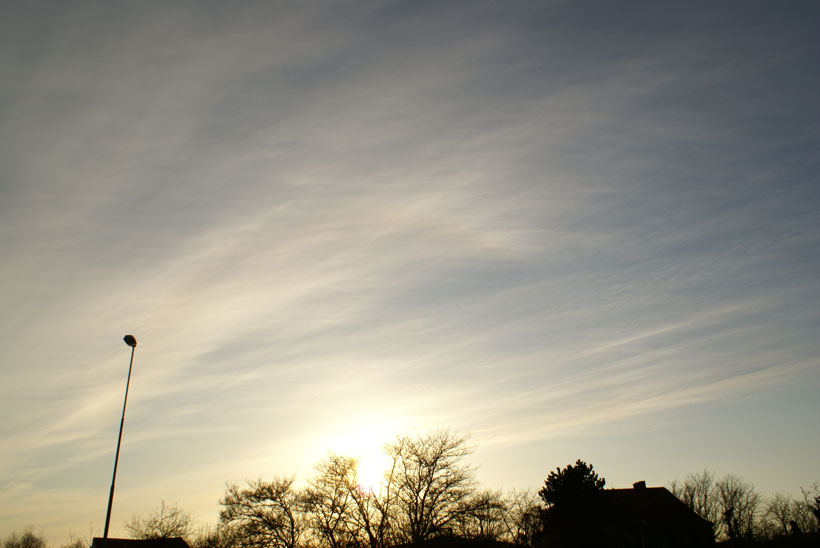 I am no weather expert or meteorologist. But I observed the sky that whole day and this weather phenomenon is created by aircraft contrails. This is not a known cloud type I know. There is maybe a name for it I don´t know? But its massive and it black out the Sun and hinder us in to get the D3 vitamin. In the last photo above you´ll see a quarter of a Sun halo above the Sun.

I decided some time ago to go with the Contrail-keyword instead of the Chemtrail-keyword. This is not because I do not believe in chemtrails. To me, a contrail is a chemtrail because of the chemical additives. When a ton of kerosene is burned it produces 1,24 tons of water and 3,15 tons of carbon dioxide (CO2). That´s the main byproducts in an aircraft condensation trail. The amount of CO2 produced when burning kerosene is alarming when we put it into our atmosphere high up where no trees can suck it up.

Then we must remember, that there are minor chemical byproducts as nitrogen oxides, soot, cobalt, and other things. I found a pretty interesting thread about what´s in the exhaust of a jet engine aircraft here

Unfortunately, I am no scientist either, but I have my senses including two eyes. I know contrail weather must have an impact. How large this impact is I do not know. But to pump CO2 into the atmosphere at high altitude for decades have a certain impact on the climate.

According to atag.org´s facts and figures, the global aviation industry produces around 2% of all human-induced carbon dioxide emissions. Only 2% do not sound of much or any at all. But it is left high in the atmosphere where no flora can absorb it.

And while this happens we overuse the soil and clearing rainforest just to overuse some more soil. The trees are important for us and the rainforest is unique. The deforestation of the rainforests is a catastrophe. I think its stupid not to think about the reasons behind this development and try to stop it. We need peaceful and wise solutions as fast as possible.

The last three photos show what I suspect to be a weather phenomenon or cloud type caused by aircraft contrails.

See the weather history for Denmark (Vojens-Skrydstrup Air Base) on April 15, 2010