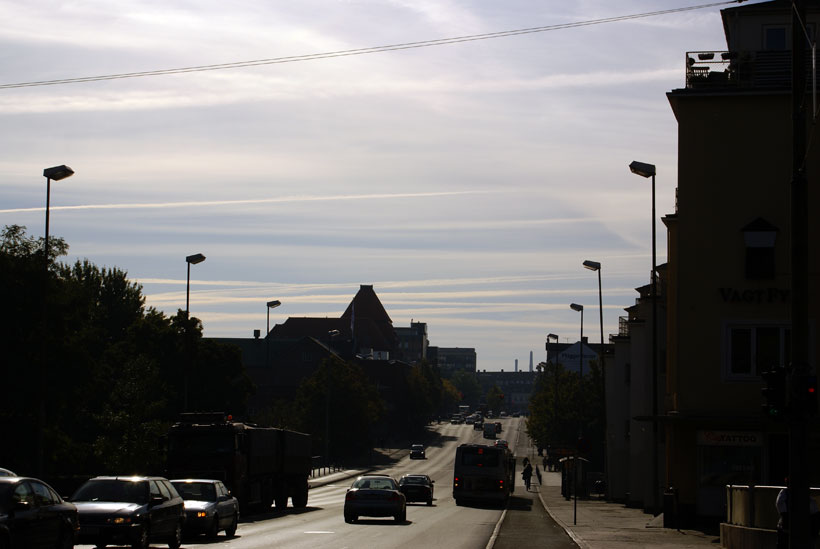 The visual pollution above our city was overwhelming that day. The persistent contrails were probably at high altitude above 27.000 feet and you can follow them to the horizon in the above photo. They block out the Sun effectively minimizing the chance for any D3 vitamin intake.

Surprisingly, there was some UFO activity in the sky while taking a few photos of the sight seen in the above image.

I can see on wunderground.com that the humidity was on 100% during night and morning on September 18, 2009. But these data may come from weather stations on the ground. If a high level of humidity near the ground can be an indicator for atmospheric humidity at 35.000 feet I don´t know? The 35.000 feet (10,68 km) is where contrails are normally being left by commercial air traffic. I am no meteorologist or weather expert but its a fact that we had a massive cover of persistent contrails that day. 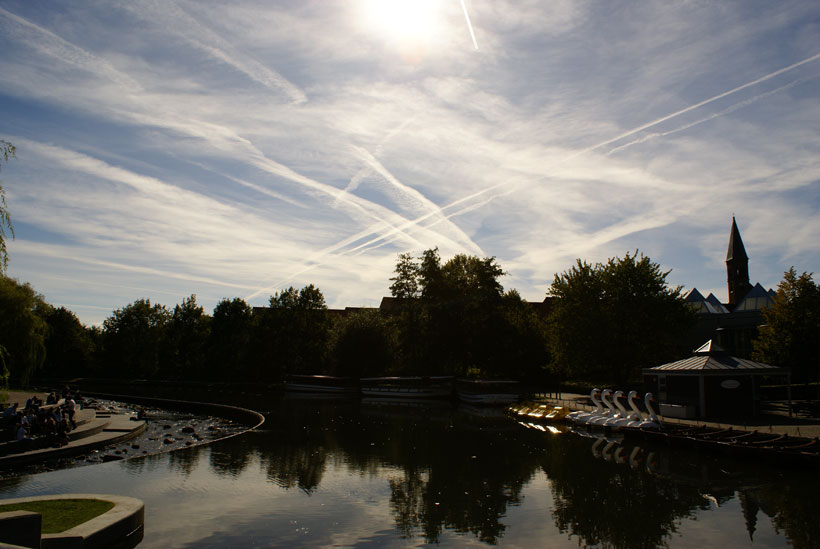 According to contrailscience.com, contrails can spread out and persist in the sky for hours when the ambient relative humidity is high. So maybe there could be a connection between humidity near the ground and the persistent contrails above.!?

Visual pollution in our skies not just ice crystals

The visual pollution in our skies is not only water vapor freezing to ice crystals. It is also carbon dioxide and some other chemical components that are sprayed out above us. This thread on metabunk.org explains the kerosene combustion by-products. Scroll down a bit and see user Mike West´s illustration. It clarifies how much water and carbon dioxide produced per tonne of kerosene burned. By-products output depends on different operating conditions. 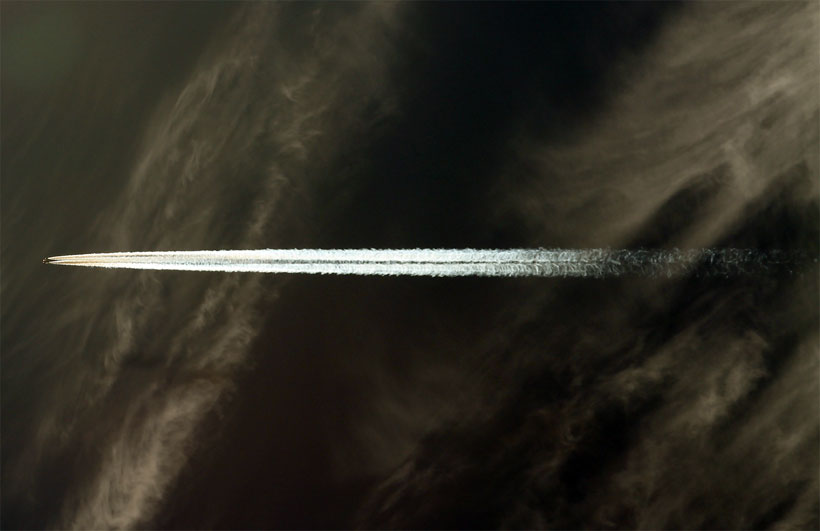 According to this illustration, the combustion of one tonne of kerosene produces 1,24 tons of water and 3,15 tons of carbon dioxide. The water produces the ice crystals that form the white stripes known as contrails. Since carbon dioxide is an invisible gas you don´t see it. But the leftover of carbon dioxide is three times larger than the water leftover.

You probably pay extra for the CO2 pollution via your electricity bill. And while you pay extra, it is sprayed high above you disrespectfully despite governments and medias endless warnings about global warming and climate changes caused by CO2. Based on the warnings (no matter if they are true or not), it is catastrophic that CO2 is emitted high up in the atmosphere. 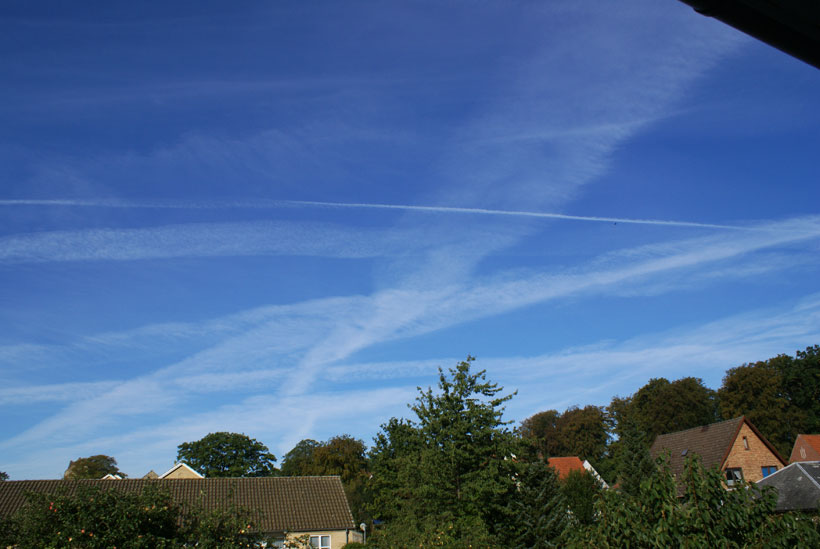 There are no trees in the sky, so CO2 emitted 35.000 feet in the air will obviously not be absorbed. I call that geo-engineering on a large scale through decades. If we really have serious problems with global warming, we should not do the worst we can do. But we do the worst probably. Fortunately CO2 is heavier than Oxygen and it tends to concentrate near the ground.

But both CO2 and Oxygen are distributed around in the atmosphere by the weather. So the more CO2 in the air that is not absorbed by trees will continue to move around, up and down. It is a complex situation difficult to explain.

I wish we had electrically powered planes instead because that would solve this particular problem. And the sky could be deep blue again without ugly visual pollution. In the near future, hopefully, electric planes could be a reality.

See the weather history for Denmark (Vojens-Skrydstrup Air Base) on September 18, 2009