Photos show the dissolution of an aviation contrail above Denmark on November 15, 2018. The pictures were taken over a time span of 127 minutes from 02.43 PM to 04.50 PM local time Odense city. There is no mystery about these pictures other than you have to be lucky to catch it. The contrail moved very slowly to the south and stayed in the western sky for a very long time. 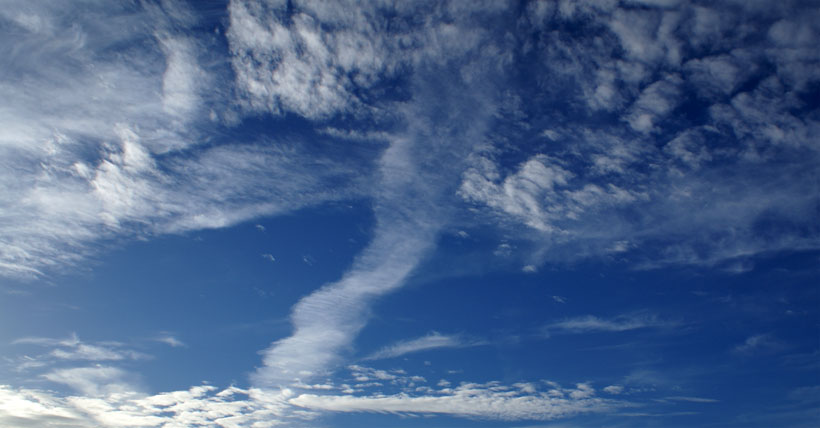 The contrail I got the chance to photograph is visible in the middle of above photo taken at 02.47 PM. It shows the condensation trail from bottom left to top right before it began to dissolve. What you see in the top left corner is also leftovers from contrails. The other white puffs you see in the bottom and the top of the above photo looks like Altocumulus clouds.

The beginning of the dissolution of an aviation contrail

From the above photo taken at 02.47 PM, we´ll turn the time forward to below photo taken at 03.26 PM 39 minutes later. The upper structure of the aviation contrail has now dissolved partly into an unstructured fog. 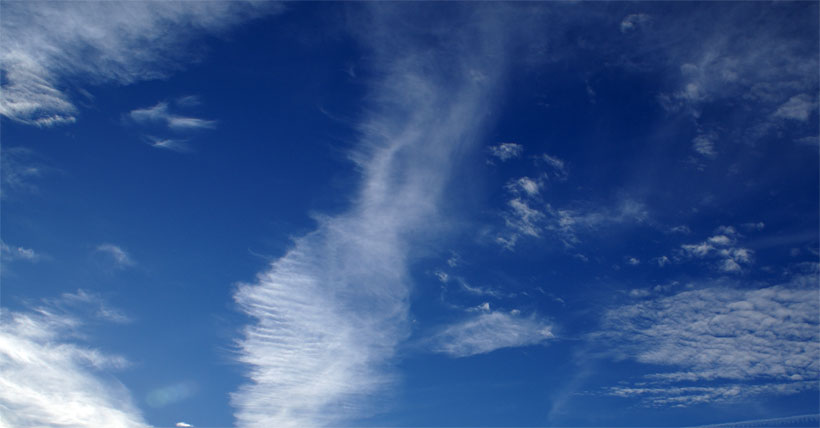 The beginning of the dissolution of an aviation contrail is very obvious in the above photography. Let´s move forward to the next photo below taken at 03.55 PM 68 minutes later. It now shows the entire contrail dissolved to unstructured fog. As you might see another condensation trail has put its track across at the bottom of the picture. 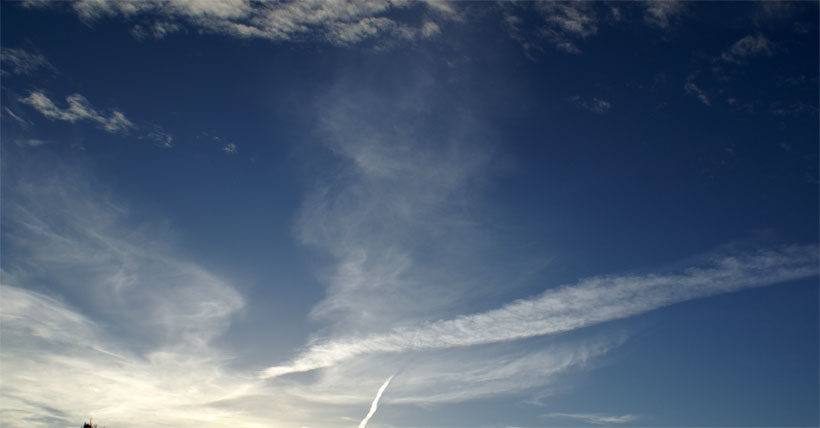 The next photo below taken at 04.48 PM 121 minutes later just shows the continuous dissolution of the aviation contrail. But it is behind a new contrail seen across the image from bottom left to top right. 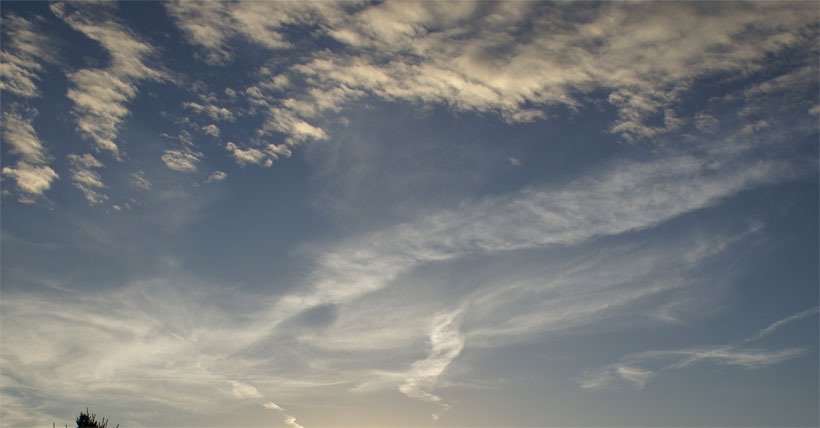 The clouds visible in the top of the above photo seems to be the Altocumulus cloud type. Rest is condensation trail remains.

Below photography shows the final dissolution of condensation trails in the western sky above Denmark at 04.50 PM local time in Odense city. That is exactly 127 minutes after this articles first picture (top). What we see is not an actual cloud type despite they can be confused with other cloud types. You can probably find a few examples on the NWS cloud chart that look like this. 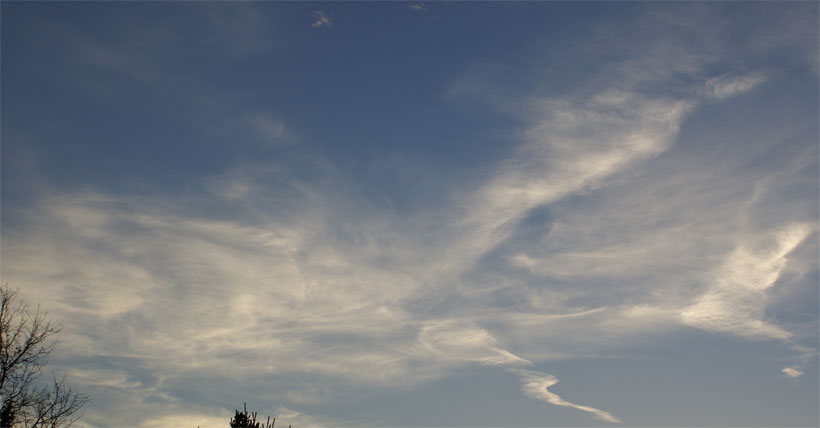 A good candidate could be the Cirrostratus cloud type or maybe a dense Cirrus cloud? But the fact is that they are not ordinary natural clouds. They are an artificial invoked cloud/weather system. See another contrail dissolution

See the weather history for Denmark (Vojens-Skrydstrup Air Base) on November 15, 2018