Persistent aircraft contrails making shadows in the sky was photographed in Denmark on September 22, 2010. There is nothing exciting about these pictures other than the shadow caused by the aircraft condensation trails. The shadows are not above the contrails but beneath them since the sunlight comes from above shining down. Photos are from Odense city. 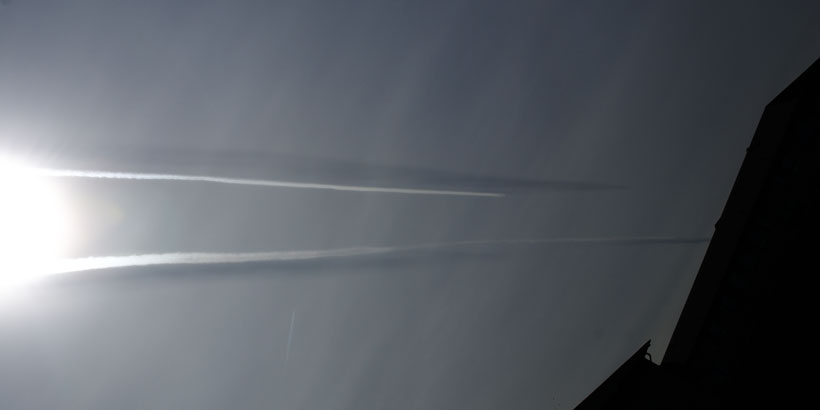 The photo above has been tilted 90 degrees. It shows two persistent aviation contrails heading south-west at 3.02 pm local time. Because of the angle to the Sun from the upper aircraft and its condensation trail, the shadow is cast in front of the plane.

Here are a few more photos of the Sun-aircraft-contrail-shadow scenario.

See the weather history for Denmark (Vojens-Skrydstrup Air Base) on September 22, 2010