Persistent contrail weather photos with alien ET vehicle are mostly about aviation contrails spreading out in the sky. But there was a mysterious shape-shifting visitor in some of the contrail pictures. The photos here were taken in Denmark on April 12, 2010, in Odense city starting in the early morning at 05.37 am local time, see below… 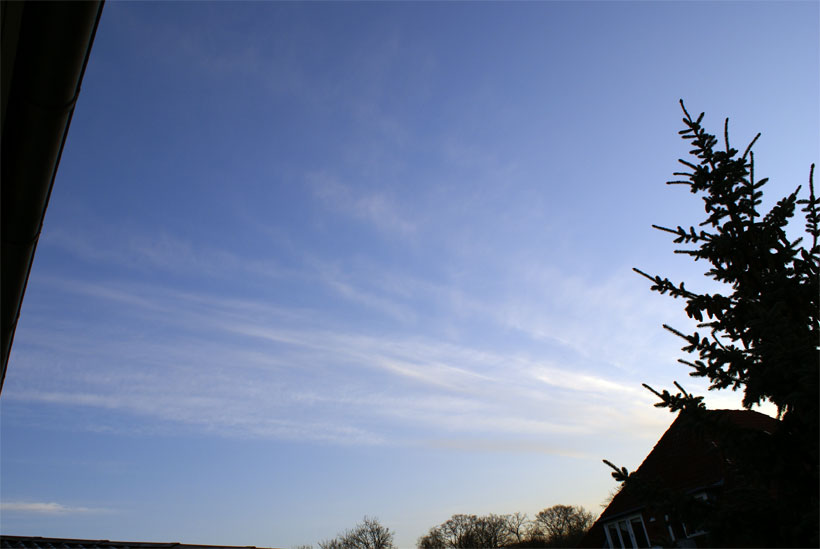 The above picture shows a row of aircraft contrails that are moderate persistent. For some, this would maybe be just a cloud or a weather system. But actually, it is aviation contrails that somehow has been gathered in long rows. Like if the wind just stopped moving them and they pile up. And they continue on the other side of the house, see below. 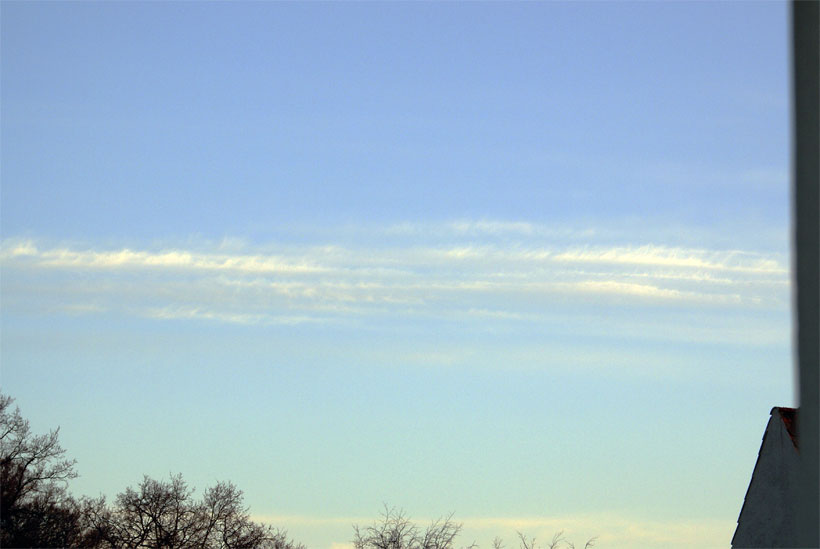 If we are thinking in cloud types here I don´t know what type of cloud it should be? The Cirrus cloud with its long strokes? The NWS cloud chart does not give any similar and clear examples. The cloud structure is too much striped to be just a cloud. 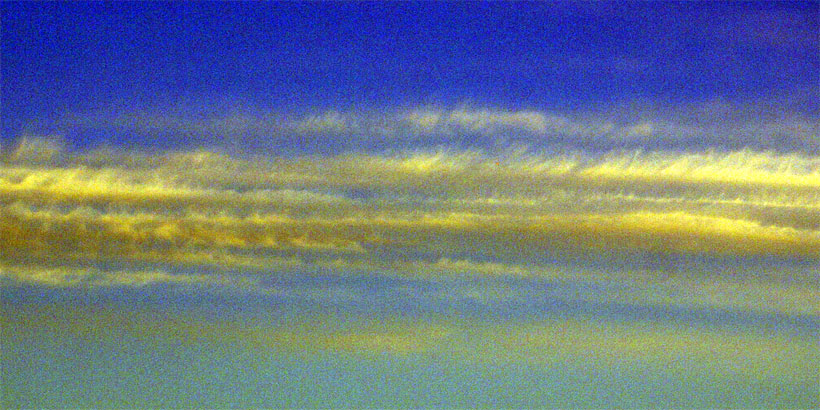 The jagged shaped clouds in the above picture indicate the leftover of aviation contrails. And they were still there a half an hour later now with more indications of contrail leftovers see below picture (negative). 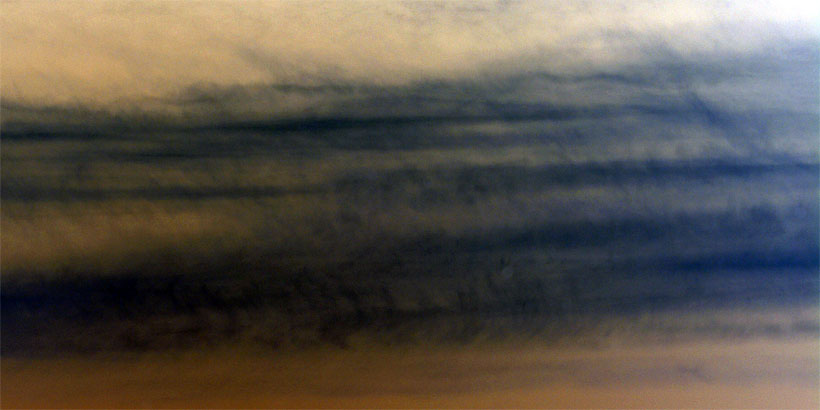 Can you see the fishbone structure at the bottom of the above picture? That´s a clear indication of an aircraft contrail. The fishbone or the jagged structure is the fingerprint from the jet engine that released it into the atmosphere.

Why these contrails gathered just there is a mystery to me. Maybe that air corridor that probably is there may have had the wind direction along the length in the same direction or opposite the air traffic.

Around 6.50 am I shot five photos of the contrail weather system from the above photos in the northern sector and captured a strange object. I saw it in the distance and thought it was a small Cesna-type airplane. Later when I looked through the photos I found a shape-shifting UFO that is absolutely not a small airplane. What it is I do not know?

The persistent contrail weather continued throughout the day and I shot several photos until the early evening around 7.00 pm. The cloud-stripe of persistent contrails photographed from my window on the back of the house (see above photos) stayed in the northern horizon. That´s probably the same contrail weather system you can see spreading at the bottom of below photo. 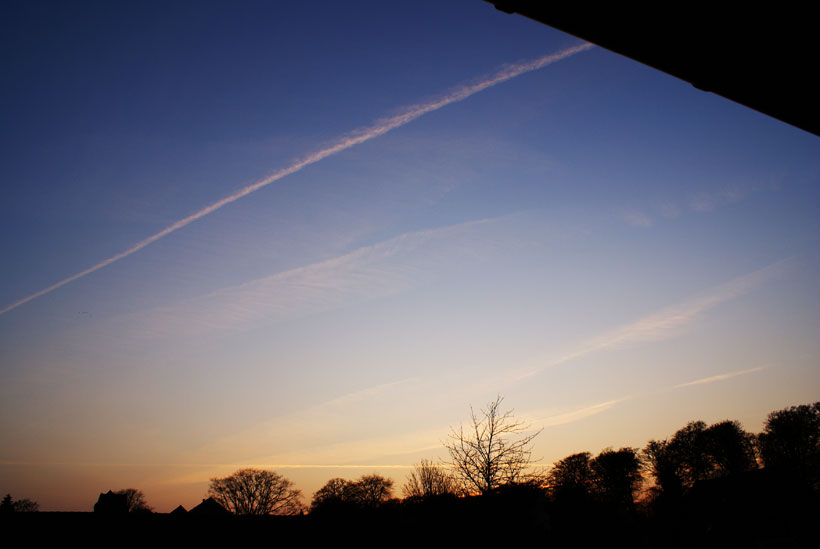 The aviation contrail photo above was taken at 7.02 pm local time and shows some persistent contrails in the sunset. If a contrail is persistent it does not mean it is a chemtrail laid out intentionally in the name of geoengineering. A contrail is a chemtrail actually, technically, because there are chemicals in it, among other things water, carbon dioxide, soot plus some chemical additives

Some of the contrail pictures are processed in Adobe Photoshop with brightness and contrast.

See the weather history for Denmark (Vojens-Skrydstrup Air Base) on April 12, 2010