Mystery contrail with strange oblong structure was photographed in Denmark on May 25, 2017, in Odense city at 03.06 pm local time. The contrail is out in the distance in three hi-res photos. The mystery here is maybe not so much a mystery anyway. It could be an odd-looking cloud? Or maybe an aircraft that made a turn which produced the dense structure here? 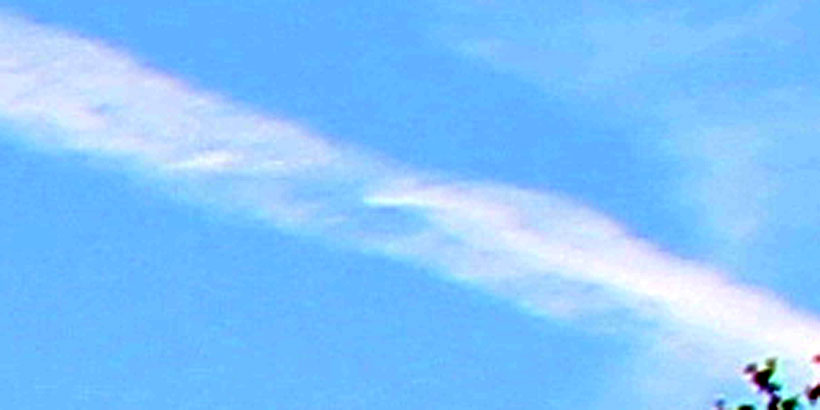 The mystery contrail was captured on photography on a day where strange things already were happening in the sky. The photo is from a field photo investigation inside a secluded pasture where I had a creature sighting the day before on May 24. I decided to investigate the day after on May 25 and that produced this UFO gallery containing 43 hi-res photos. 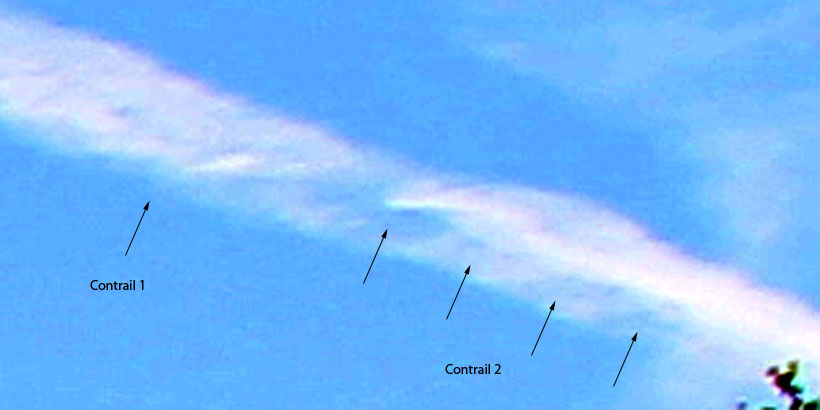 As you can see in the above picture, it seems that there is another contrail (2) laid out in front of an older aviation contrail (1). And it seems to stop suddenly with the oblong cloudy structure.

Even when it looks very strange I think there is a reasonable explanation for this one. And that is the aircraft that make a turn and then heading away from mine position. We could discuss the possibility of a UFO hiding in the contrail as a cloud. But it seems not to move around but stays in the aircraft condensation trail in all three photos. In relation to all the other unidentified flying objects in the 43 photos that are moving around, this one is static. The fact that there seems to be a secondary contrail that ends out in the odd oblong structure tells me, that it is really just an aviation contrail that ends just there. 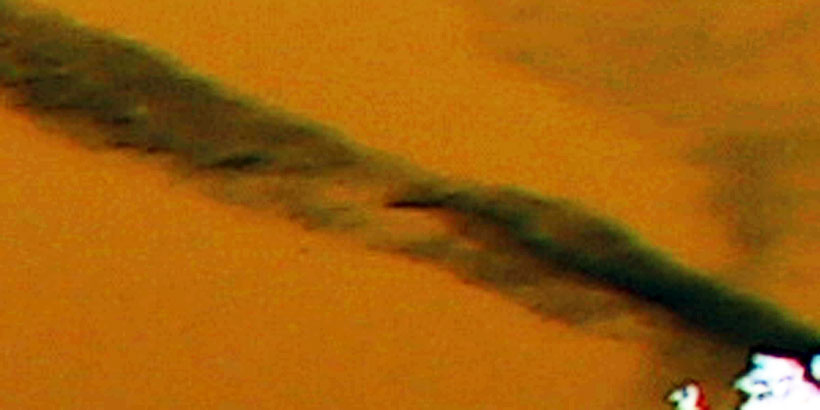 The picture above is a negative and shows the same mystery contrail as in the first two pictures above. It still looks very strange but it is not if you ask me. Below you have the three original hi-res photos with the mystery contrail. You´ll find it to the far right just above the middle. You need to zoom a couple of times to see the mystery contrail with the strange oblong structure.

The pictures in below photo gallery are cropped versions from the original photos above. They show the mystery contrail with few seconds in between. The pictures has been processed with Auto Tone in Adobe Photoshop.

See the weather history for Denmark (Vojens-Skrydstrup Air Base) on May 25, 2017