Odd contrail-cloud (Sylph) development captured on photography above Denmark on November 7, 2009. I started observing what I believed was an ordinary cloud stripe in the distance. But as it moved towards me it developed and expanded to a so-called “Sylph” or fishbone contrail. That´s when material spreads to both sides while the source it comes from, the backbone, remains dense. The odd contrail was captured on several images see the gallery at the bottom. 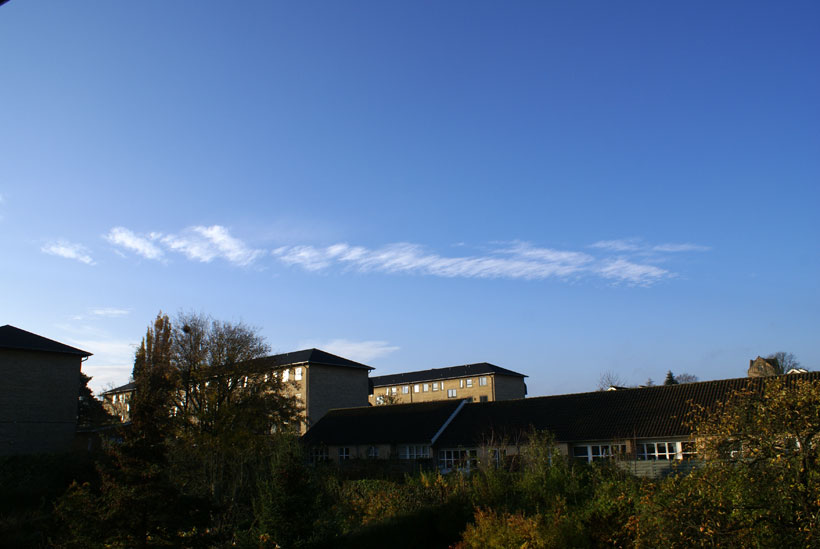 The first photo above was taken at 10.12 am local time in the south-western sky above Odense city. It shows the cloud stripe as it were when I first discovered it. To me, it could look like an Altocumulus cloud. But in the next photo below taken at 10.23 am local time it develops and expands into a more typical contrail-like structure. In my own terminology, this is the so-called fishbone contrail also known as Sylph. 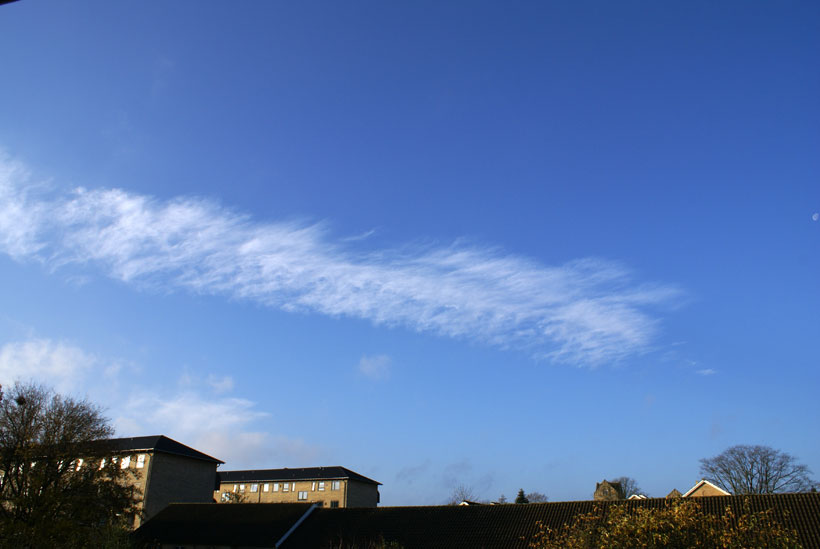 When you see the below photo taken at 10.30 local time you may better understand the fishbone contrail terminology. Material from the center of the contrail seeps out on both sides and creates different patterns there. In the center of it, there is the backbone that remains dense. It looks like a fishbone structure to me, with the bones sticking out on both sides. It is actually not the best example I can show you. There are Sylph cloud types that are much more similar to a fishbone structure than the one below. 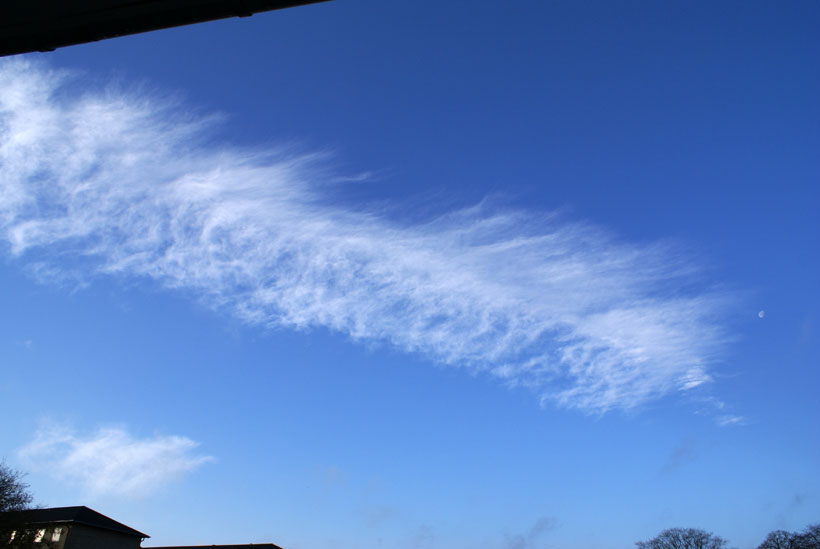 Unfortunately, I did not actually see this odd contrail being left by an aircraft. But it is an interesting process to observe. What looked a bit like an Altocumulus cloud stripe transformed into a more typical contrail structure. See the NWS cloud chart here

The fishbone contrail (Sylph) where ice crystals seep out on both sides of the contrail is not actually a frequent event I see. Most contrails only seep on one side! You can see this example that shows a very photogenic contrail where material only seeps in threads on one side. The fishbone structure is rare based on the fact that I am not seeing these on an everyday basis, far from.

The terminology used for these types of contrail-clouds is “Sylph”. See a typical Sylph here

The first photo was shot at 10.12 am and the last at 10.38 am local time. The time span is only 26 minutes. The transformation from what looked like an ordinary cloud to a contrail type structure happened relatively fast.

See the weather history for Denmark (Vojens-Skrydstrup Air Base) on November 7, 2009