Semi-transparent Altocumulus cloud and interesting weather are about an odd cloud condensation that was followed by other weather phenomena. It was captured on photography in Denmark on July 1, 2010, above Odense city starting at 5.15 pm local time. The photo below was taken at 5.15 pm and shows what seems to be an Altocumulus cloud that confuses my eyesight. At first glance, it seemed dense but after a while looking I became aware that the cloud is semi-transparent. 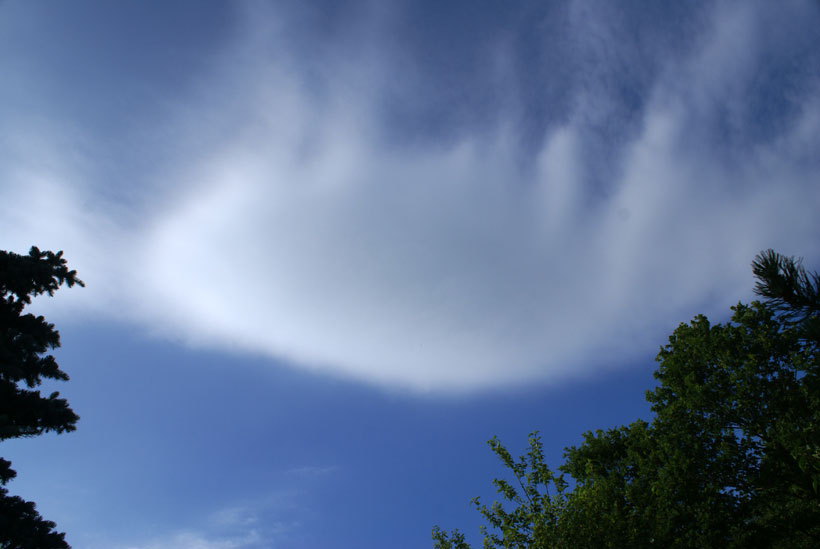 The Altocumulus cloud definition is based on the NWS cloud chart that shows one cloud-type similar to the one above. I can not be sure they are the same but they look pretty much the same, not in size but in composition.

The semi-transparent Altocumulus cloud is rare in my photo archive. I do not recall I have other such photos with that fuzzy cloud-type other than the one used as top article photo in Meteorology and Contrails / Chemtrails galleries

The semi-transparent Altocumulus cloud-photo was not the only picture I shot that day. The interesting weather continued as you can see in below photography taken at 7.03 pm. I don´t know exactly what is happening here? I think the weather phenomenon is caused by the sunlight that mixes up with the clouds somehow. There is something with the light here that seems strange. 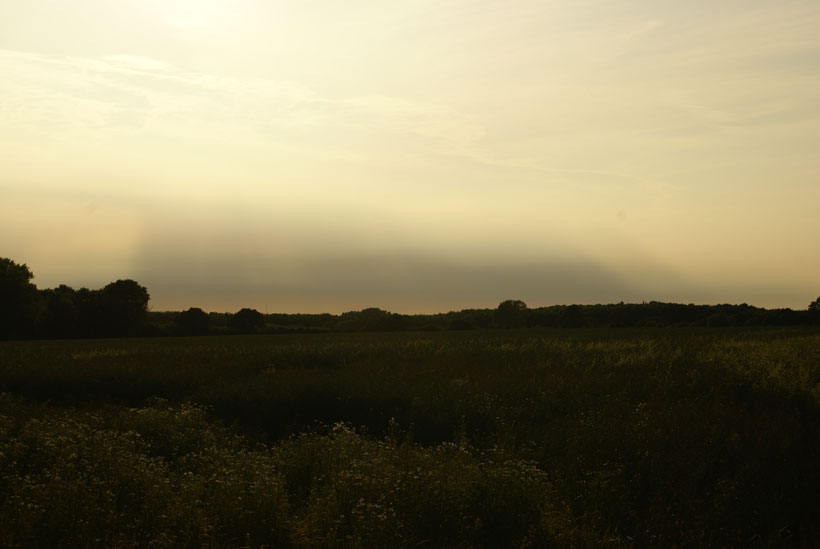 I had an elusive idea that the phenomenon above could be caused by a large lens flare? Even when the light is screwed up in the photo, I don´t think it´s a lens flare. There is no sign of a lens flare anyway.

The weather continued to surprise me this day. At 7.20 pm I shot the next photo below. It shows the Sun hiding behind clouds in three layers at three different altitudes. The upper cloud with the very long strokes seems to be Cirrus clouds. They are some of the highest clouds in the atmosphere. The middle layer seems to be Altocumulus but I am not sure. They stay below 20.000 feet. The lowest cloud is probably a Cumulus cloud which tends to be below 6.500 feet. And again, as in the above photo, the sunlight interacts strangely with the clouds. There are both sunlight rays and shadows caused by the Sun in the photo below. 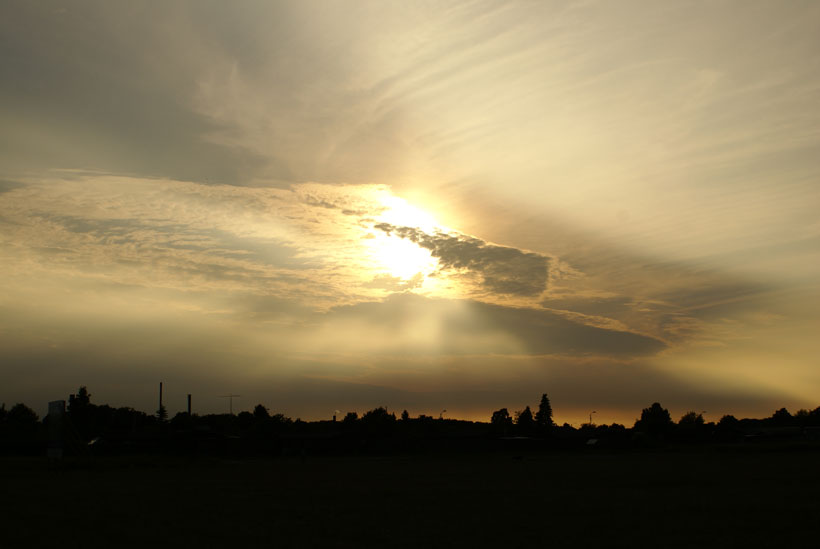 I am no weather expert nor meteorologist and have my difficulties classifying the cloud types here. But I am trying hard using the NWS cloud chart. So please bear over with me if I am wrong about some of the clouds here.

See the weather history for Denmark (Vojens-Skrydstrup Air Base) on July 1, 2010