Police UFO sightings in the United Kingdom is about my experience with Gary Heseltine in my hometown Odense (Denmark) November 1st 2011. Here he gave a very interesting presentation of the UFO research he has done as a hobby alongside his work as a police officer in England. You can see the presentation in the three videos at the bottom. 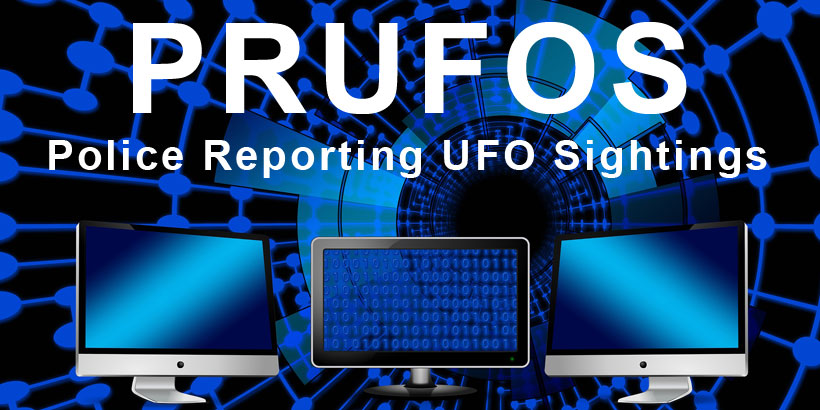 The research he did can be studied in the database PRUFOS (Police Reporting UFO Sightings). Today he is retired from the police and deals with his magazine UFO Truth Magazine, which features articles by many of the world’s leading researchers.

First of all, Gary Heseltine created the Police UFO Sightings database PRUFOS. For many years he built the database receiving sighting reports from police colleagues in UK. It´s a large collection of British police officers UFO sightings. It is officers both on duty, outside service and retired. The database contains to date over 500 cases (2018 numbers) from the period 1901-2011 and involves over 1000 British police officers who all have witnessed unexplainable events related to the UFO phenomenon.

PRUFOS is a brilliant creation that reveals the police also have experiences with UFOs. And police officers are trained observers, they know what to look after and how to build a case with evidence around an event. When the police experience a UFO sighting, there´s a lot more weight behind the observation. Especially in cases where several police officers independently of each other observe the same unknown aerial phenomenon.

Recounted his first UFO sighting at the age of 15

At the presentation in Odense, which was organized by Exopolitics Denmark, he started to tell about himself and his background. He recounted his first experience at the age of 15. He and his girlfriend observed an unidentified flying object (UFO) which took out the power from several residential neighborhoods that were laid black, while it passed over the houses.

Then he told about the background of PRUFOS and how the project was realized. And from there it was about the primary in his presentation, namely the many interesting unexplained police UFO sightings which you can find in the PRUFOS database.

One case is about a possible abduction case of an English police officer Alan Godfrey, who observed an object which blocked his way on the road. Later, this cop realized that he had lost a half hour he could not explain. Using regression and hypnosis 4 times in a row, 3 of them being recorded on tape. He tells exactly the same story all 4 times.

It appears to be an incredible story about an encounter with aliens in a spaceship, where he is medically examined. It’s actually the first time someone tries to describe the small grays as “Bulb-heads”, which is creatures with big heads that looks like a classic incandescent bulb. The ex-policeman still says he was abducted by aliens 37 years after according to metro.co.uk

Unidentified flying object the size of a stadium

One of the many police UFO sightings I remember from the presentation is the case from 1978 with the three policemen taking a cigarette break in a rural location. First, they see a flash in the distance. After a short moment, a vessel the size of a stadium suddenly appears in front of them. It moves slowly and silently and seems to scan the countryside with light beams only a few hundred meters away from the police officers. This continues for 15 minutes after which it disappears in a split second. They do not see it move in any direction away from them, it just disappears in front of them, like when you turn off the light, click, gone…

UFO research based on solid evidence

Gary Heseltine was an active police officer serving the British Transport police between 1989-2013. He was a trained detective for 16 years and accredited police investigator for serious and complex crime. He is a specialist advanced police interviewer of both suspects and witnesses. His activities on duty include the gathering of reliable evidence. He knows what is good solid evidence and what is not. That´s why he is interesting in connection with UFO research.

He explains, that it is an important detail that several witnesses observe the same event and from different angles. A photo or a video is also evidence, but it is crucial, that there are consistent reports from several witnesses at a time.

The case of extraterrestrial life is, of course, another matter. The important thing here is, to establish if the unidentified flying object is a known terrestrial vessel or not.

At the end of the presentation, he reviews the PRUFOS database statistical facts, that reveals a fair amount of obvious evidence, and then concludes that the UFO phenomena is real and should be taken seriously.

The audience had the opportunity to ask questions at the end, and the conversation turned, among other things, onto the incident with the black triangles in Belgium in 1990-1991, which Gary thinks is a very strong case, involving many radar stations picking up the objects. I also remembered that incident 20 years ago. It was actually reported on Danish News television.

The presentation: UFOs and the police

Are you interested in this exciting area of our reality, especially about police UFO sightings, I highly recommend you to see Mr. Heseltine´s presentation in the 3 videos below. This is the presentation from Denmark, Odense, November 1st, 2011. Enjoy!

The second lecture took place in Copenhagen on Saturday November 5th 2011 at 6:45 p.m. to 10:30 p.m. in Kulturhuset Indre By (Nansensgade), Store Sal, Charlotte Ammundsens Plads 3. The Gary Heseltine presentations in Denmark was organized by Exopolitics Denmark.

Gary Heseltine retired as police officer in March 2013 and is now the founder and editor of UFO Truth Magazine. For more information about Gary Heseltine go to PRUFOS.