Photogenic contrail dissolves in the sky above Denmark on September 19, 2009. The awesome aviation condensation trail was left in the morning around 7.35 AM local time in the western sky above Odense city. I did not see the aircraft that may have been flying in either northern or southern direction. The dissolution of a contrail relatively fixed in the sky is a rare sight. 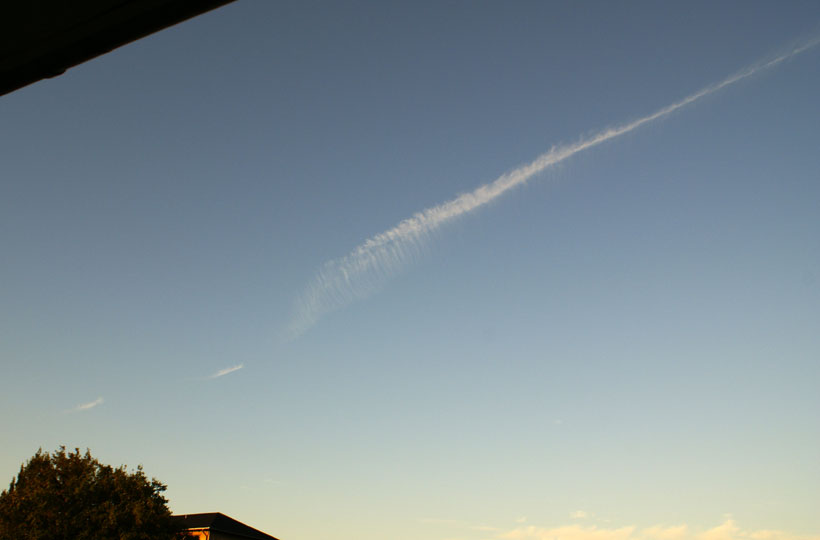 A contrail is actually a chemtrail. The main by-products of a contrail are carbon dioxide (CO2) and water, which also can be categorized as chemicals. According to this thread there is a myriad of different chemical additives in jet fuel.

The photogenic contrail was released and began to dissolve around 7.35 AM local time. 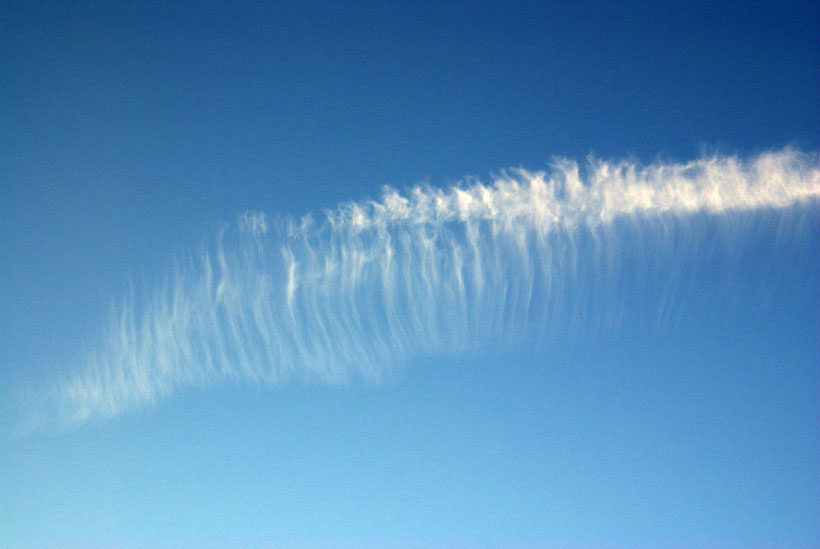 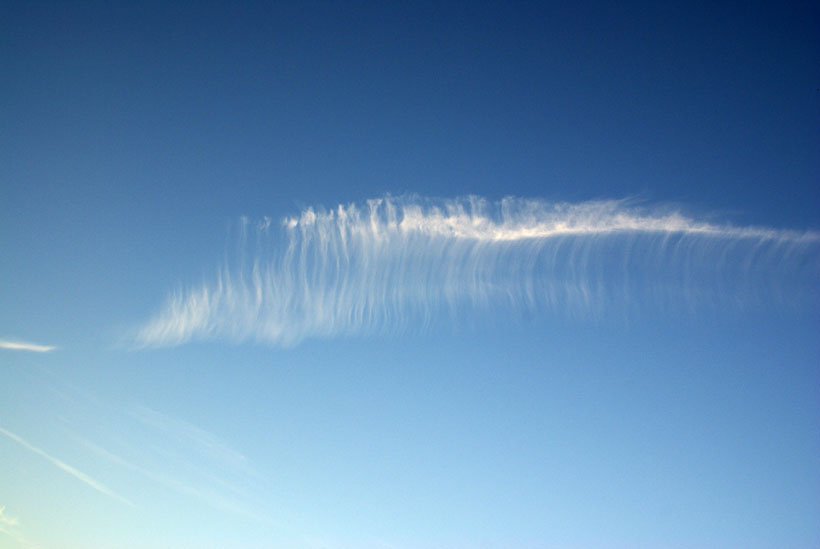 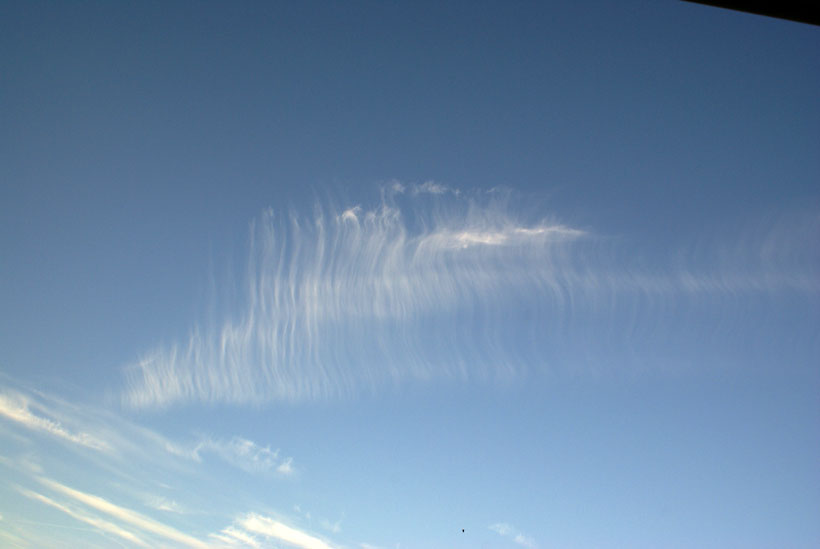 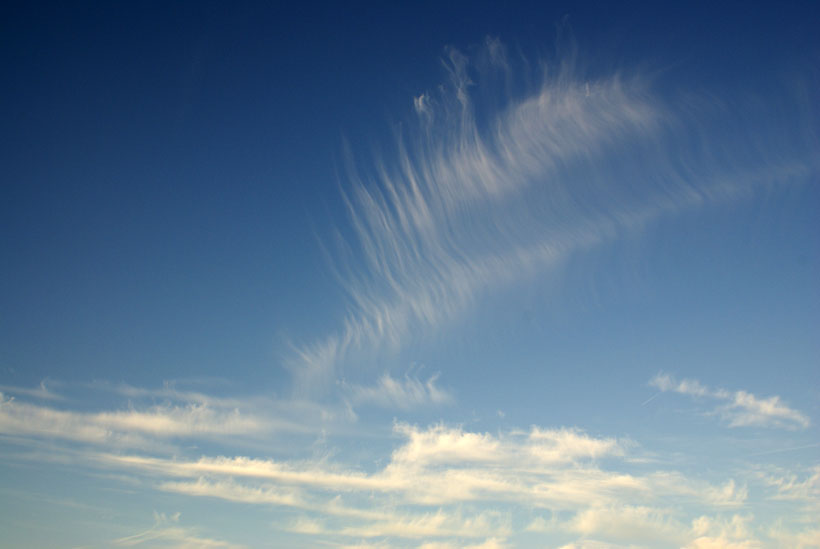 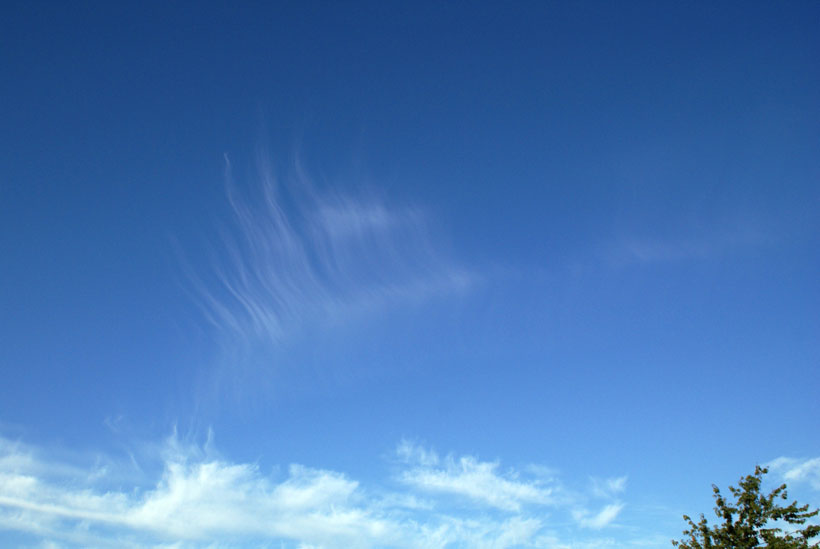 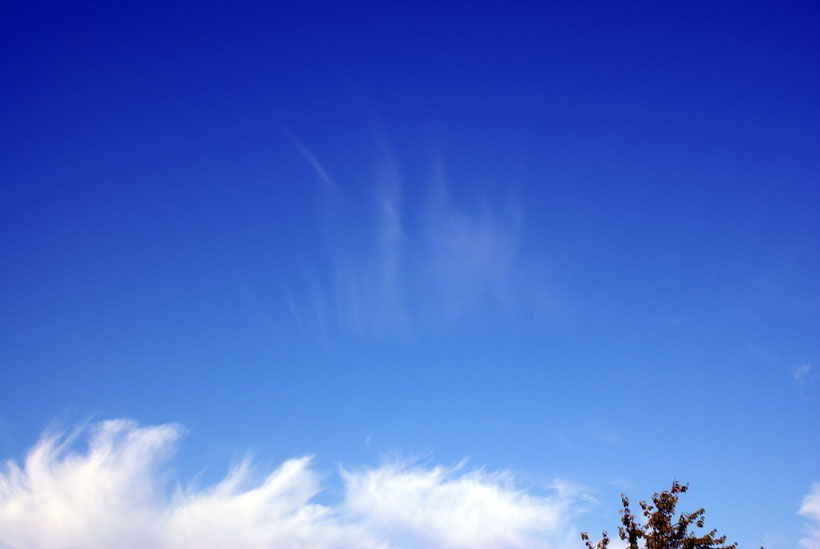 And 89 minutes later at 9.04 AM local time, it all ended with a faint mist, but still very photogenic.

This gallery contains the pictures above and some extra photos with the invading Altostratus clouds that encapsulate the Cirrus clouds. The weather system came in from the left while the condensation trail dissolved.

See the weather history for Denmark (Vojens-Skrydstrup Air Base) on September 18, 2009