Aircraft exhaust suddenly stops mid-air above Odense city in Denmark on April 24, 2010, at 7.41 pm local time. Both the contrail and the aircraft was photographed. 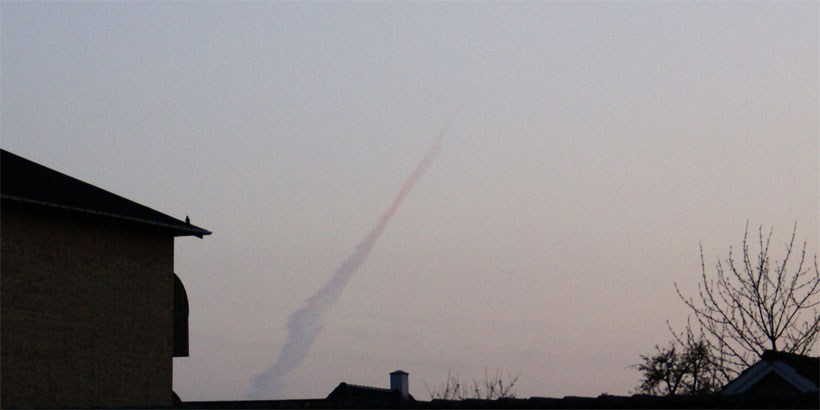 The aircraft was a double jet engine probably commercial airplane that was heading north-east. The aircraft continued with a very short contrail until I could not see it anymore.

The weather conditions above the city were apparently dry with low humidity since the aircraft´s contrail suddenly became very short. I don´t know if the city below that has emitted heat all day long could cause the air high in the atmosphere to be dry? Is it the so-called urban ‘heat island’ effect we are seeing here? Well, I suspect that could be one of the reasons why the aircraft exhaust suddenly stops expanding above the south-western outskirts of the city. 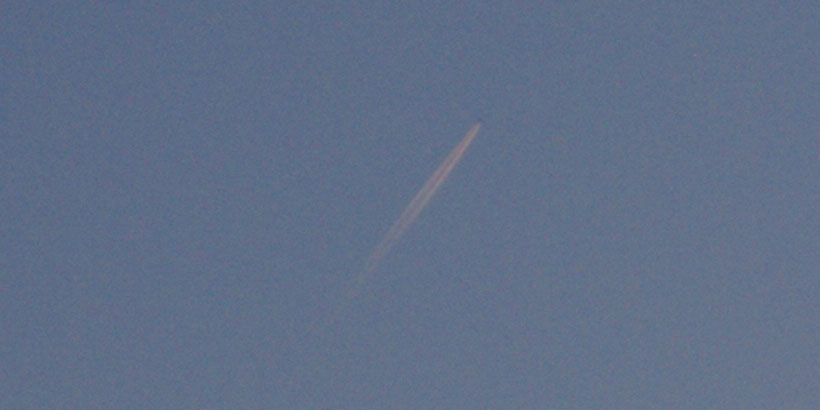 I believe this was an ordinary commercial flyover without any evil intentions other than spraying our skies with water (H2O), carbon dioxide (CO2), and other chemicals.

See the weather history for Denmark (Vojens-Skrydstrup Air Base) on April 24, 2010