Strange contrails above Denmark caused by F16 jets (?) is a story that started yesterday on October 17th, 2018. Three contrails were seen laid out in circles in the south-eastern sky seen from Odense city. I was lucky to get a photo of the strange contrails. 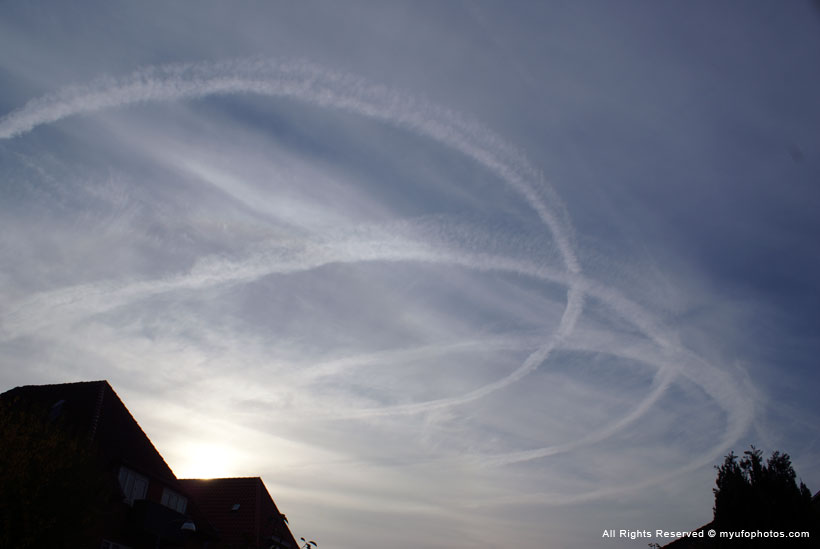 Normally I would just assume that an airliner flew in circles. On the other hand, this is far from an everyday event. When I think about it, I have never ever experienced contrails been laid out that way above my city.

When I first saw it, I could see a dark or black plane in the size of a passenger plane make the last round. Since I was not home at that time, I could not get to my camera. When I got home I took a picture immediately and that´s the photo you see above.

TV2 news article about the strange contrails makes no sense

Many other than me wondered about the strange streaks in the sky. Several took pictures of it and sent it to the TV2 weather department, which probably caused them to write this article. And this is where it starts to get weird.

In the article TV2 journalist Jeppe Lykke Hansen asks Søren Lindhardt from The Danish Ministry of Defence (ministerial department) about the incident. The answer he gets is pretty strange if you ask me.

According to Søren Lindhardt, the Air Force has trained some of the basic exercises in the field of air combat, so-called dog fights at about five kilometers altitude. This combat training may include that the planes make turns in the air “as seen in the pictures”…

Søren Lindhardt says it is likely that the Air Force F-16 aircraft has made these strange contrails. Well, he is not sure but thinks it is “likely” that F16 made them. But the photo I have shows no apparent sign of single jet engine contrails…

I saw the plane make the last of the three contrails. It was a two jet engine contrail that was laid out by a large dark or black plane. With the speed taken into account, it looked like a passenger plane at normal cruise speed. It was certainly not an F16 fighter jet making these contrails, and my photo proves that. At the time I took the photo, the two first circle contrails had been blurred and you can not see if they were made of a two-engine aircraft. But the last circle contrail shows a clear sign of a two-engine aircraft exhaust. And an F16 Viper has only one jet engine. 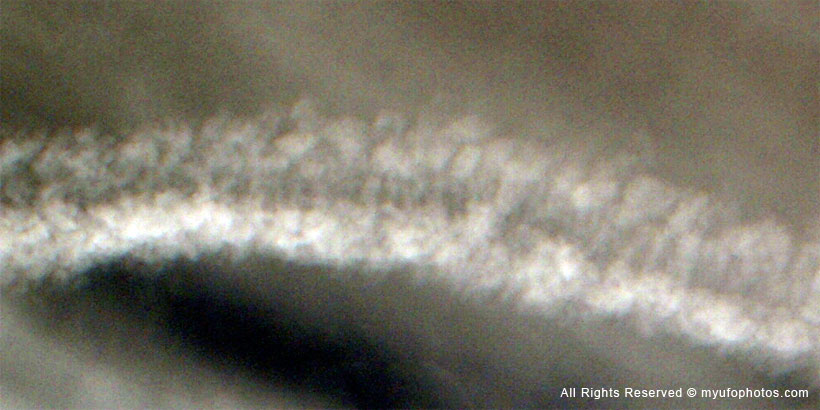 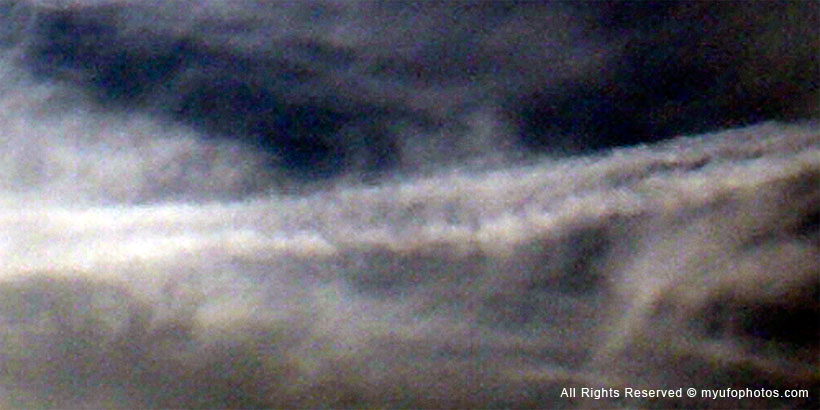 The two pictures above are cropped out and close-ups of the last of the three contrails. You can clearly see the two tracks in them, indicating that two jet engines made these. I have never seen an F16 making a contrail live. But I can imagine jet engine exhaust from an F16 would create a very thin contrail compared to passenger planes larger condensation trails.

UPDATE: Another witness saw a silver colored airplane. That corresponds very well with the SAS aircraft in a waiting position at that time the rings were made. The SAS aircraft had number SK500 / SAS 500 and is an Airbus A320-251N with two jet engines. On flightradar24.com you´ll see that this plane indeed made three circles above Denmark at an altitude of 33.000 feet.

You may wonder why these contrails are laid out like that? How did these patterns occur? I assume that the plane kept it´s delegated route and was flying on the same spot. And the wind blows the whole contrail pattern construction in one direction, which creates exactly these patterns in the sky.