Amazing cirrocumulus “puff” clouds photographed on September 10, 2009 above Denmark? They seem to match these on the scied.ucar.edu website but I am not 100% sure. This kind of weather display is very rare in my cloud pictures. 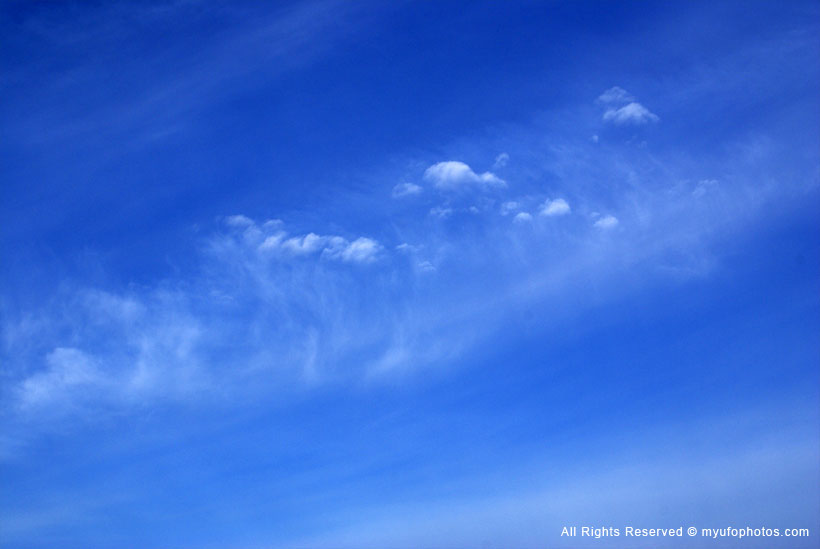 I just counted 3.966 DSLR images distributed in 218 folders ordered by date inside my Cloud-folder. They have all been taken with Sony A-100 DSLR camera with a standard 18-75mm zoom lens since 2009. The particular photo above is the only one I have so far that shows this kind of weather phenomenon unfolding like that. The photo was taken 8.05 AM local time Odense

These amazing cirrocumulus “puff” clouds are very beautiful. I thought this cloud type was known as the cauliflower cloud since they could look like these. But instead, they are described as quite “small globe clouds” that high in the atmosphere forms a more or less coherent layer. Well, I am not a weather expert or meteorologist but strongly suppose these are cirrocumulus puff clouds.

Indeed there were other puffs in the sky that day which below photo taken 9.54 AM local time reveals. But the little cloud, or puff, seems to be quite low? What a nice little weather surprise. It flew in a western direction and quickly disappeared. 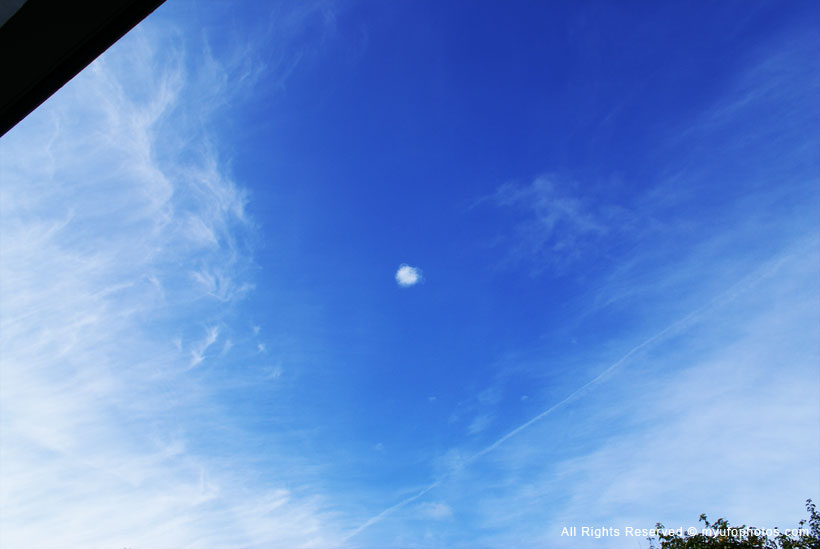 The photo above was taken at 9.54 AM local time Odense. If you look closely, you can see there are more puffs in the background there seem to be higher up. The picture below is the same as above but cropped and magnified.

Since some of the photos in the weather photo gallery below had poor lightness, I added some extra brightness and contrast. The first three pictures below show the so-called cirrocumulus “puff” clouds I suspect.

See the weather history for Denmark (Vojens-Skrydstrup Air Base) on September 10, 2009