Alien ghost on Mars in NASA Curiosity rover image is about a ghostly woman figure that floats above a ledge on Mars. The rover ghost image got the world´s attention in August 2015 when several news outlets stumbled upon the story. They refer to Youtube user “UFOvni2012” that saw the partly transparent object first, made a video about it and uploaded it on June 20, 2015. 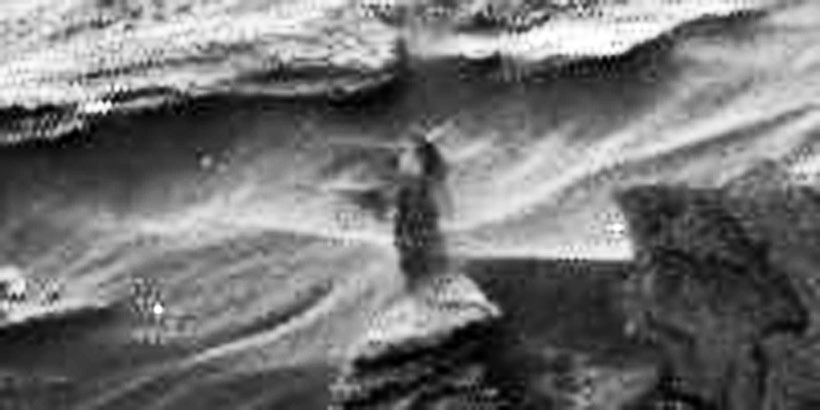 Unfortunately, the video description offered no image data other than a direct link to the image itself. Date of the photography and the actual Mars day number (SOL) was unknown. So I made a short research and found the actual picture with the supposed alien ghost through the Curiosity rover´s RAW image database

Is this really the evidence of extraterrestrial life or paranormal activity on planet Mars? Well, what I found had a quite different outcome than expected…

The image is found in the Mast Camera (Mastcam) Sol 1001 collection with 247 pictures from planet Mars. The particular image with the mysterious ghost woman on Mars is here. The date of record is May 31, 2015, and the time was 20:38:14 UTC.

Be aware that the Curiosity rover took pictures all day long. The Mastcam camera did not take only one picture in that direction with the ghostly figure. It took 20 pictures in a time period of over 10 hours. So there are 20 pictures with the supposed alien ghost in them. But only one picture was shown to the world? News outlets like time.com and nypost.com didn´t mention there were 20 of these rover images pointing in the same direction?

Alien ghost on Mars caused by shadows in the rocks

And the Youtube uploader “UFOvni2012” may have seen the other 19 photos with exactly the same motive. But somehow he or she decided to use only one picture, the picture where it actually does look like a ghostly woman figure on Mars.

But it is probably not a Martian ghost since some of the other 19 pictures show a rock formation sticking out of the sand. The ghostly image of a woman is simply caused by the direction of sunlight and shadows in the rocks.

With 20 pictures from the same scene, it was natural to make an animation so you can see you were indeed deceived. No one cared to research the alien ghost woman just a little but decided to just copy and paste it all over the place.

The alien ghost on Mars, a Martian woman (with boobs) in NASA Curiosity rover image is debunked (if you ask me). I hate to be the wet blanket in your face. Actually, I did not expect that particular outcome my self.

And this is not because I think that alien ghosts in space are a blind road. Paranormal activity should actually have better conditions in space I believe. Far away from electro-smog on another planet would be a great place for a ghost to haunt…

Have you seen this possible evidence of extraterrestrial life on Mars?

Has a ghost been spotted on Mars? Nasa photo appears to show space ghoul on planet surface 20150806: LINK