White daylight Cumulus vs. grey sunset Cumulus clouds was captured on photos in Denmark on September 6, 2010, Odense city. These ordinary clouds can be very beautiful when laying detached in the blue sky like in below photo. 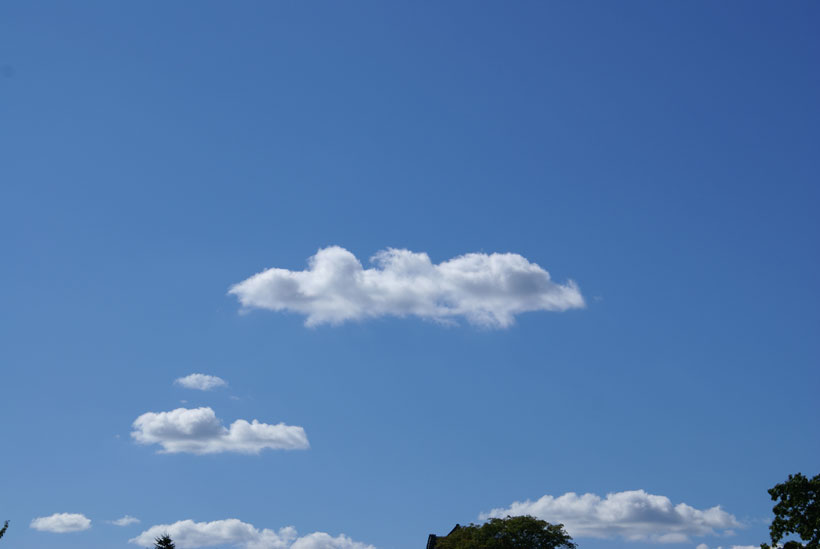 The above picture was taken from my flat at 2.59 pm local time. Some hours later, just before the Sun began to set and was low, I took a short trip to Odense harbor. The Cumulus clouds were still in the sky, now with a more greyish tone. 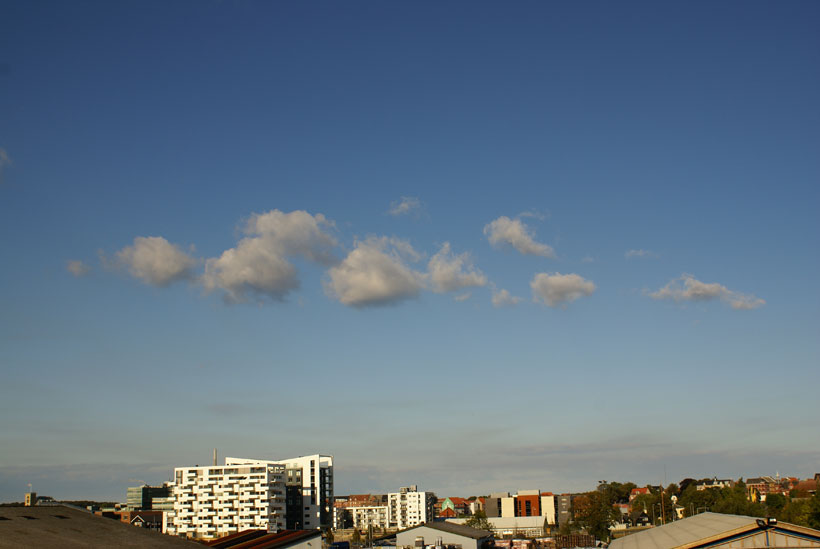 The above photo was taken around 5.38 pm and the next below a little later around 6.10 pm. Notice the beautiful greyish tone they get when the Sun is low. 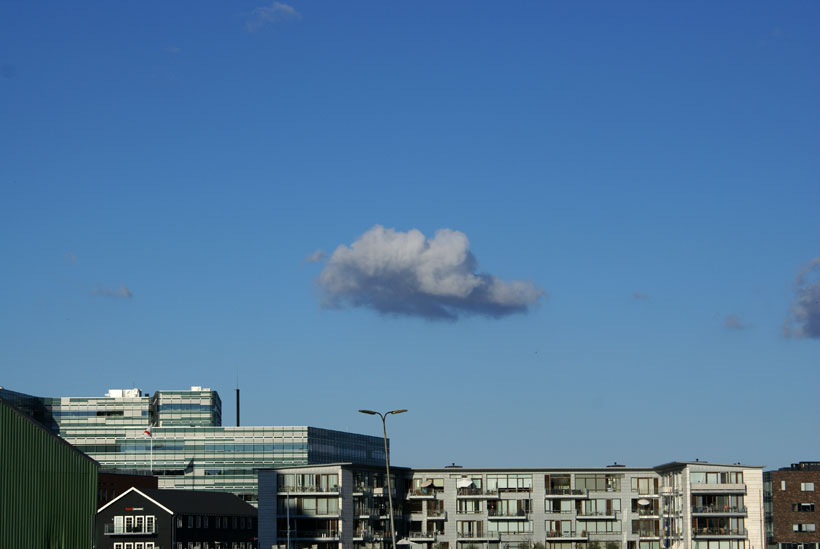 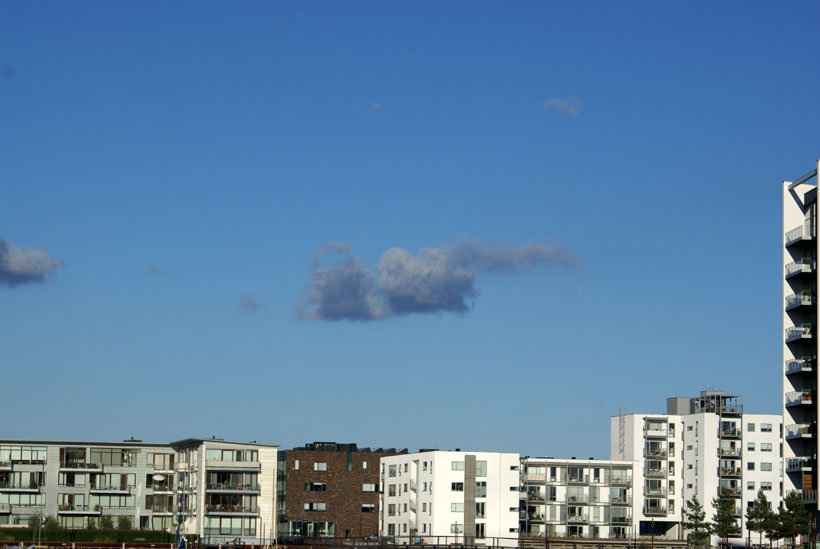 Cumulus clouds are puffy clouds that form close to the ground between 3.300 and 6.000 feet. Cumulus is distinguished by being beautifully white on top, darker at the bottom. The base of the cloud is generally flat while the top has rounded elevations. If the top of Cumulus clouds is similar to cauliflower, it´s called Cumulus Congestus or “towering cumulus”. The cloud type can if large enough give precipitation. And it can grow into a thunderstorm, the so-called Cumulonimbus cloud/weather system.

For more on Cumulus clouds, you can explore the “Cumulus”-TAG

See the weather history for Denmark (Vojens-Skrydstrup Air Base) on September 6, 2010