Second Sun Solar Lens Flares is about photos with spectacular solar-related lens flares that looks like a second Sun or a planet near our Sun. I will show you evidence that it is not an extra second Sun, Planet X or Nibiru but Lens Flares caused by unwanted sunlight bouncing around in the lens optics. Read on and see the beautiful solar lens flare photos below. 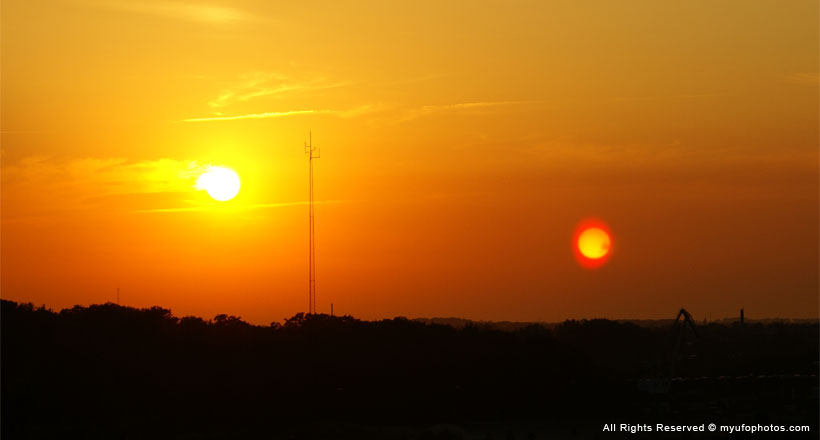 In the photo above you have the real Sun on your left and the “second Sun” lens flare on your right. 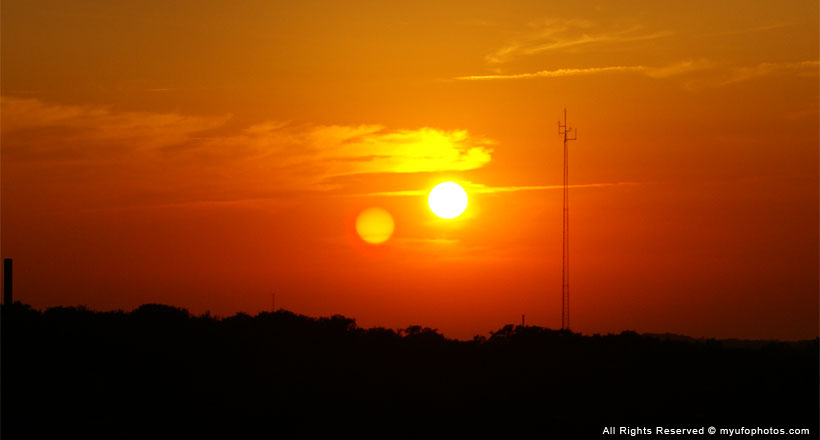 In the photo above you have the real Sun to your right and the “second Sun” lens flare to the left.

Both the two photos above and the one below are from same photo session. They have been taken with Sony A-100 reflex camera with a standard 18-75mm Sony zoom lens. As you can see below, the lens flare is now partly down under the horizon. 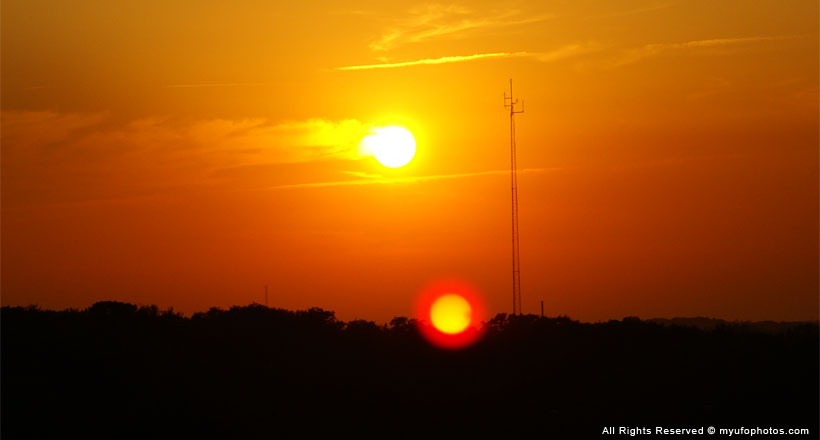 The three photos above show you a unique type of solar lens flare that you should expect with a Sony A-100 reflex camera and particular the 18-75mm standard zoom lens. Another zoom lens attached to the camera would give another type of lens flare. Different types of cameras and video camcorders produce different types of lens flares.

Does Planet X or Nibiru exists?