Aircraft contrails crisscrossing the sky above the southeastern outskirts of Odense city was photographed in Denmark on July 1, 2010. I am on the top floor on the parking lot area at Odense train station. I shot some photos of the sky from there. In below photo is the old train station surrounded by parked bicycles. 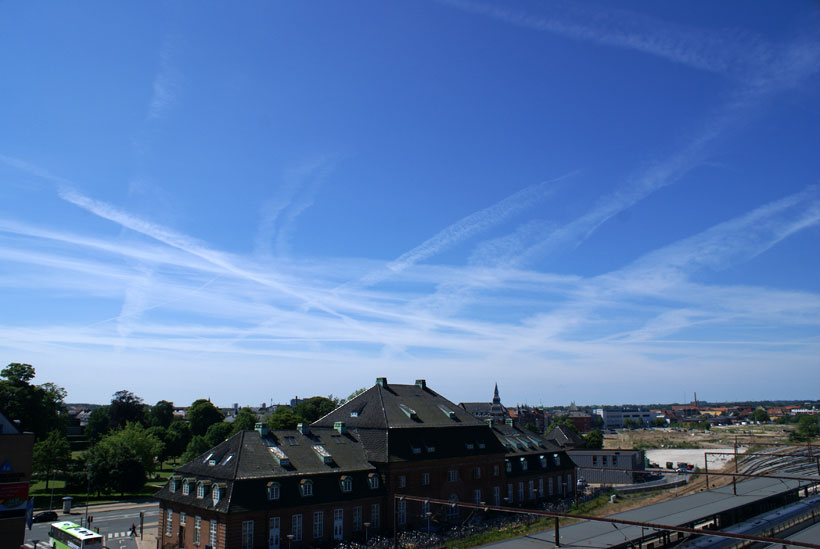 I liked sometimes to go up and take some photos until a guard one day approached me telling me I was not allowed to be there.

See the weather history for Denmark (Vojens-Skrydstrup Air Base) on July 1, 2010