Strange witch UFO (Unidentified Flying Object) with cape has now been observed over USA, Mexico, and England on three different occasions in 2018. The weird thing about this object is, that it looks like a sphere (sometimes angular in shape) with a cape hanging down blowing in the wind. Like a “real” Witch would look like maybe? 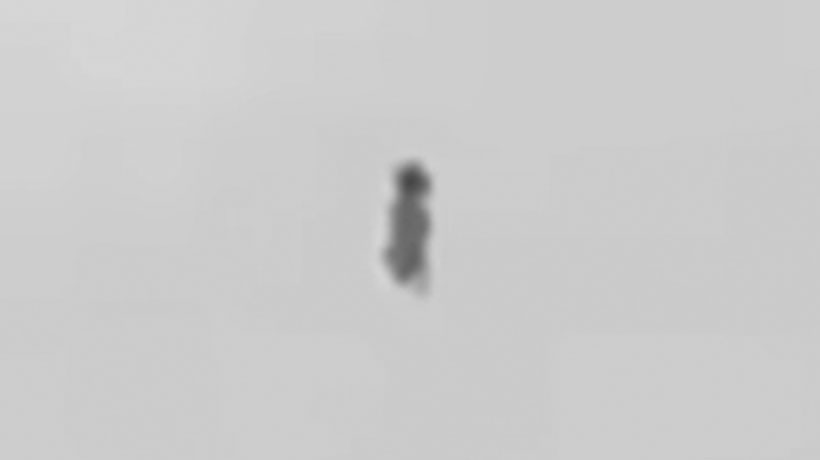 I don´t know how a “real” Witch would look like? And I am not really a believer of this kind of scenario, but when I see this thing, I do get some associations to the legends of flying witches and their possible extraterrestrial origin.

Today we are privileged with three videos with what I believe is the same witch-like UFO. First time I saw this UFO in a video was in April 2018 via @TxUFOSightings on Twitter but the video is on ufojanetx´s Instagram account. This video shows what I just described, an unidentified flying object with something that looks like a cape beneath blowing in the wind. It was seen over Houston, Texas on April 28th 2018 and recorded on video after sunset apparently click link below:

Youtube user Tate Rodriguez had a strange sighting in the sky in Ajijic, Jalisco, Mexico. In his video below (click link below) we see a dark grey or black object with something that looks like a cape hanging down from it…

Dark grey object with something that could look like a cape over Weston super Mare in England on September 2nd 2018. It was filmed by Twitter user @PhilGrove1973 Sunday morning and shows two objects. The witch-like UFO and a secondary smaller object flying around its larger companion, click Twitter video link below:

These sightings are pretty rare. When a UFO is photographed or filmed, it´s typically light in the sky, a disc or a cigar-shaped object. These humanoid figures in the sky are pretty amazing. I can not know if someone out there flies his drone and thought it would be funny to put a cape on it? But when it is seen in three different locations in the world, USA, Mexico, and England, it´s a pretty serious joke to make! And you need someone to film it because else it will not be a joke at all…

Not to forget the last video from England, where two objects are seen. A smaller secondary object is seen flying around the larger object with the cape-like thing hanging down from it. Surely these objects seem to be UFOs…

And you may ask where the object is now? Any new witch UFO videos coming in soon?