Oblong cloudy UFO with discs / flying saucers is a strange cloud-like object that stands out pretty clear in the sky. Two elevations are seen on the cloudy hull. It was photographed in Denmark on May 25, 2017, above Odense city at 03.06 pm local time. 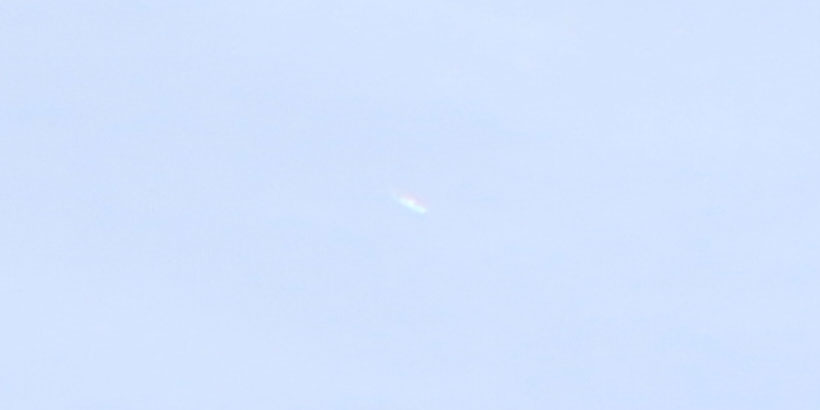 The unedited picture above and below shows the oblong cloudy UFO on a light foggy blue sky. The picture that is cropped out from the original photo, originates from a field photo investigation carried out inside a secluded pasture on May 25. 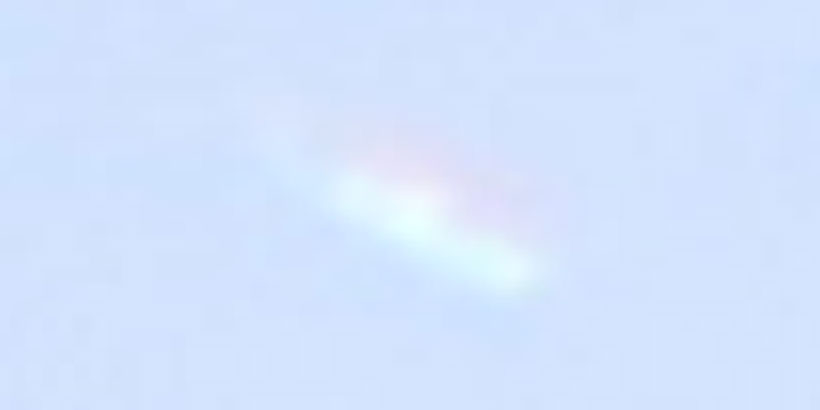 The reason was a creature sighting the same place the day before on May 24. I decided to investigate the site on May 25 with my Canon EOS 60D and a 18-75mm zoom lens. The field photo session produced 173 images and created this UFO photo gallery that revealed the oblong cloudy object in this article and several other elongated cloud-like objects with something on them.

The picture above does not reveal much detail about the oblong cloudy UFO. It could be a cloud manifestation or another sky phenomenon seen in the distance. But when we magnify and process the object with Auto Contrast in Adobe Photoshop, a very interesting and not so terrestrial looking vessel appears. Notice the different tones on the hull, dark on top and cloud white below. 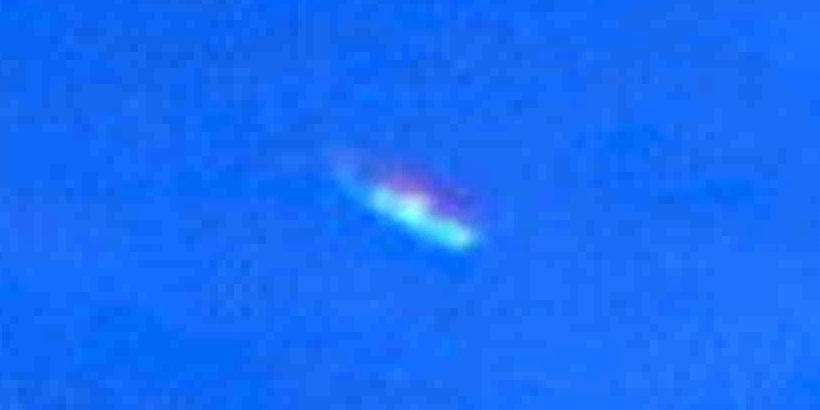 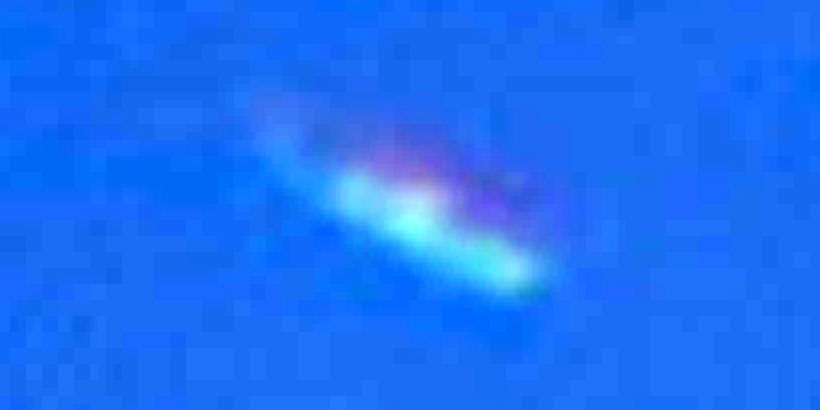 Unfortunately, I can´t get a clear enough image to see what´s really going on here. I sense shapes that could resemble discs or flying saucers but I am not sure. But the profile of this type of object repeats in other pics. The two processed images above cheats with brightness the difference in the color is there but not so dark. 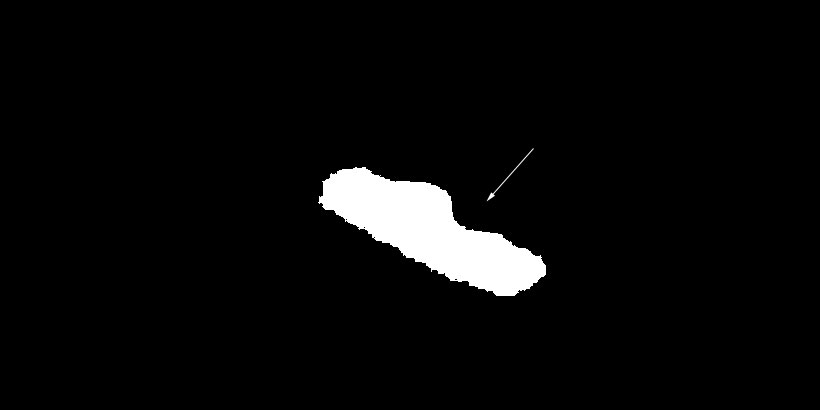 The picture above is a so-called calculation (Hard Mix) in Adobe Photoshop. It confirms that there is a round shape sitting on the cloud-like UFO. So do we actually look at some flying saucers using (or creating) a cloud to hide in?

There was another elongated UFO in the skies in the same hi-res photo see object number 1. It is too blurred and I can´t extract a useful picture to show. But it seems that there is also something on it. It looks like domes to me. Could it be flying saucers again? Both the oblong cloud-like vessel above and the elongated object below is pretty odd objects to see in the sky.