Mystery UFO with dome flying in the clouds is a very interesting object that seems to repeat itself in my photo archive. The cloudy structure with domes or disc-shaped objects is a special feature I have not seen anywhere other than in my own UFO photos. This object looks like an elongated cloud structure with at least one dome-shaped elevation. I did not see this during photography but later. The photo was taken in Denmark on May 25, 2017, in Odense city at 3.08 pm local time. 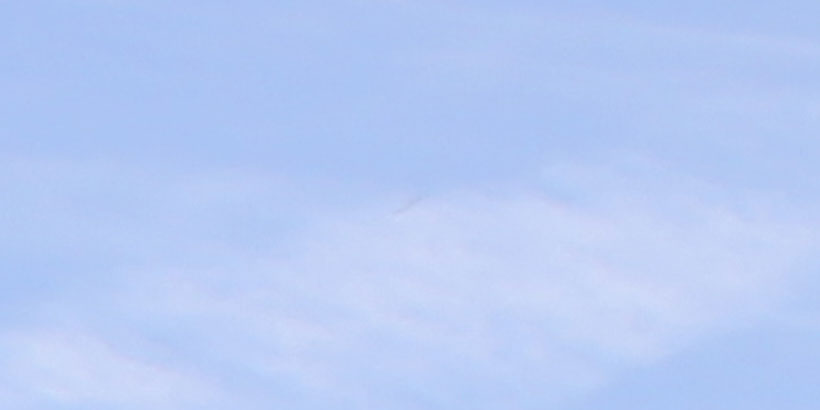 The unedited but cropped picture above have been magnified 200% and you can barely see the structure hiding in the clouds. If we magnify further you get a more blurred result. The picture below has been magnified to the limit. One “dome” is visible.

The photo with the mystery UFO with dome was taken as part of a photo investigation inside a secluded pasture on May 25, 2017. That was in relation to a creature sighting I had there the day before on May 24. The investigation on May 25, produced exactly 173 images and created this UFO gallery with 43 selected photos revealing a whole spectrum of unidentified aerial phenomenon.

Apparently, I shot only one photo directly West where the object can be seen. I have no other photos that can show if the mystery UFO also is there before or after this photo during that time, or if the object have moved.

The thing I call a “dome” is the little bright hump with a shadow behind on the object far left. If that is a dome I don´t know but it looks dome-shaped. What this mystery UFO really is I can´t tell, but I am sure it´s not a typical cloud. I have never seen a straightly elongated cloud thickening like this one before. The picture below has been processed with Auto Tone in Adobe Photoshop. 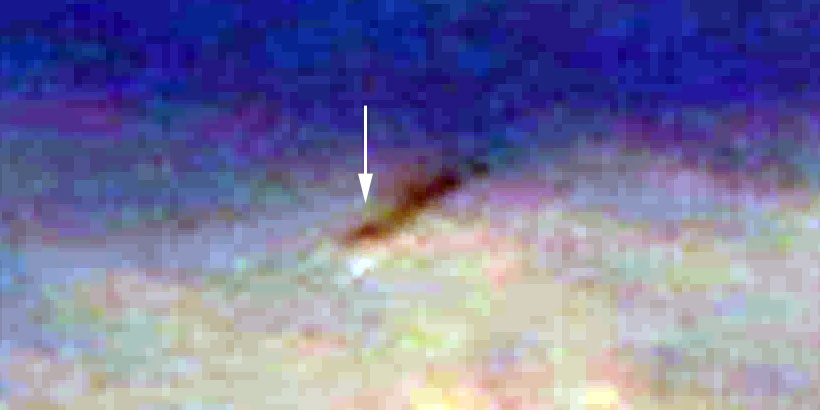 As you may see in the above picture there is a separate dark spot on the far right too. And in the middle, there seems to be a row of dark spots, but they are so close they almost melt together. Unfortunately, further magnification will not help.

Mystery UFO similar to other objects in my photos

The mystery UFO with the so-called “dome” has some similarities to other objects I have photographed. These objects share the same profile. The first one was captured on photography in 2012. It shows what I believe is an alien mothership. The other objects were photographed in relation to the photo investigation on May 25, 2017, read related articles below.